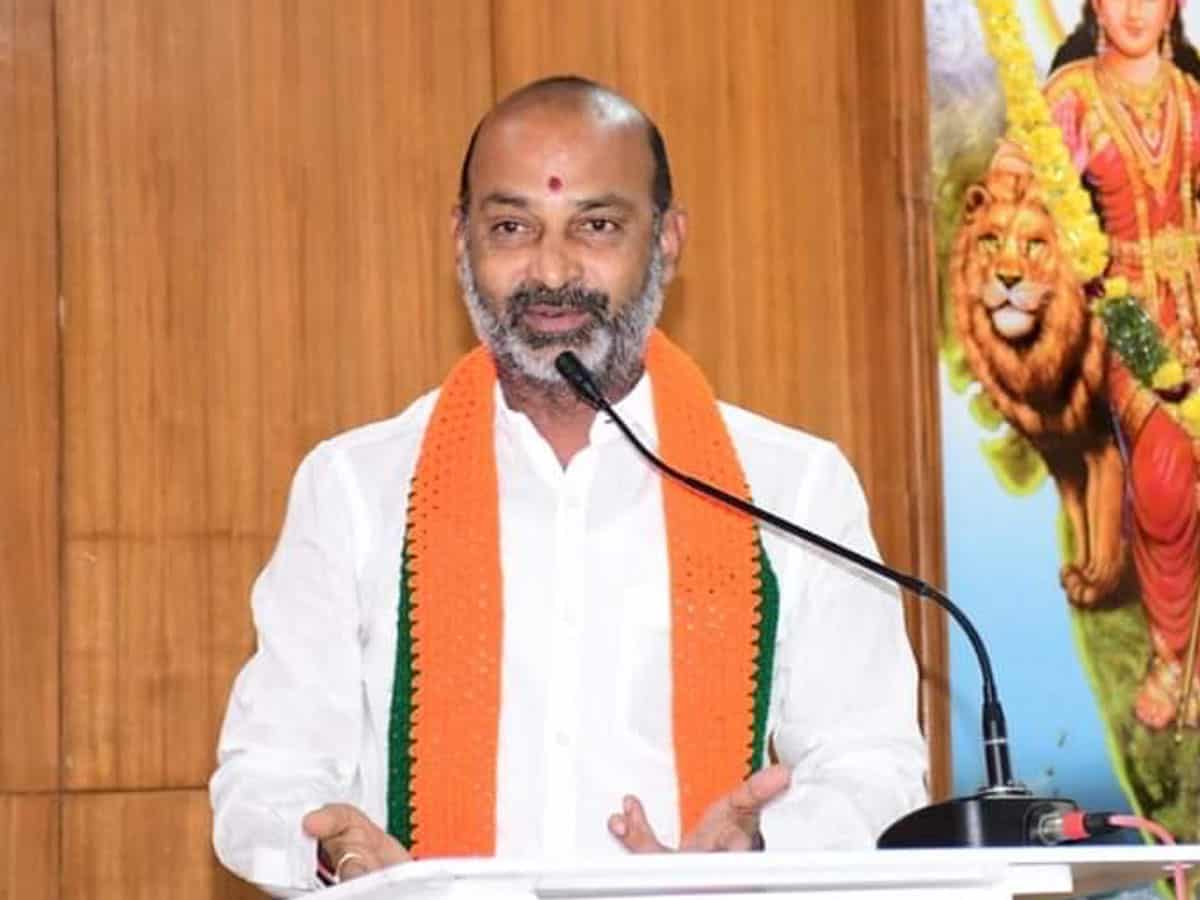 Hyderabad: Bharatiya Janata Party (BJP) state chief Bandi Sanjay announced that the third phase of the Praja Sangrama padayatra will begin on August 2. Sanjay urged the state citizens to recognise the strategies of the TRS and Congress and defeat them.

According to Bandi Sanjay, the TRS and Congress have banded together and will form an alliance in the forthcoming assembly elections.

He claimed that whatever his party does, the TRS and Congress will attempt to imitate it. He said that Congress will conduct a Rahul Gandhi public rally in Sircilla on the day he starts his padayatra.

Sanjay said, “It is very clear that the Congress and TRS are in cahoots. The grand old party is only assisting the TRS in diverting people’s attention away from BJP’s posers to the state government.”

Bandi Sanjay also claimed that he received a memorandum from the Vishwabrahmin community over chief minister K Chandrashekhar Rao’s long-pending promises and threatened to hold protests in the event that the latter fails to fulfil them.