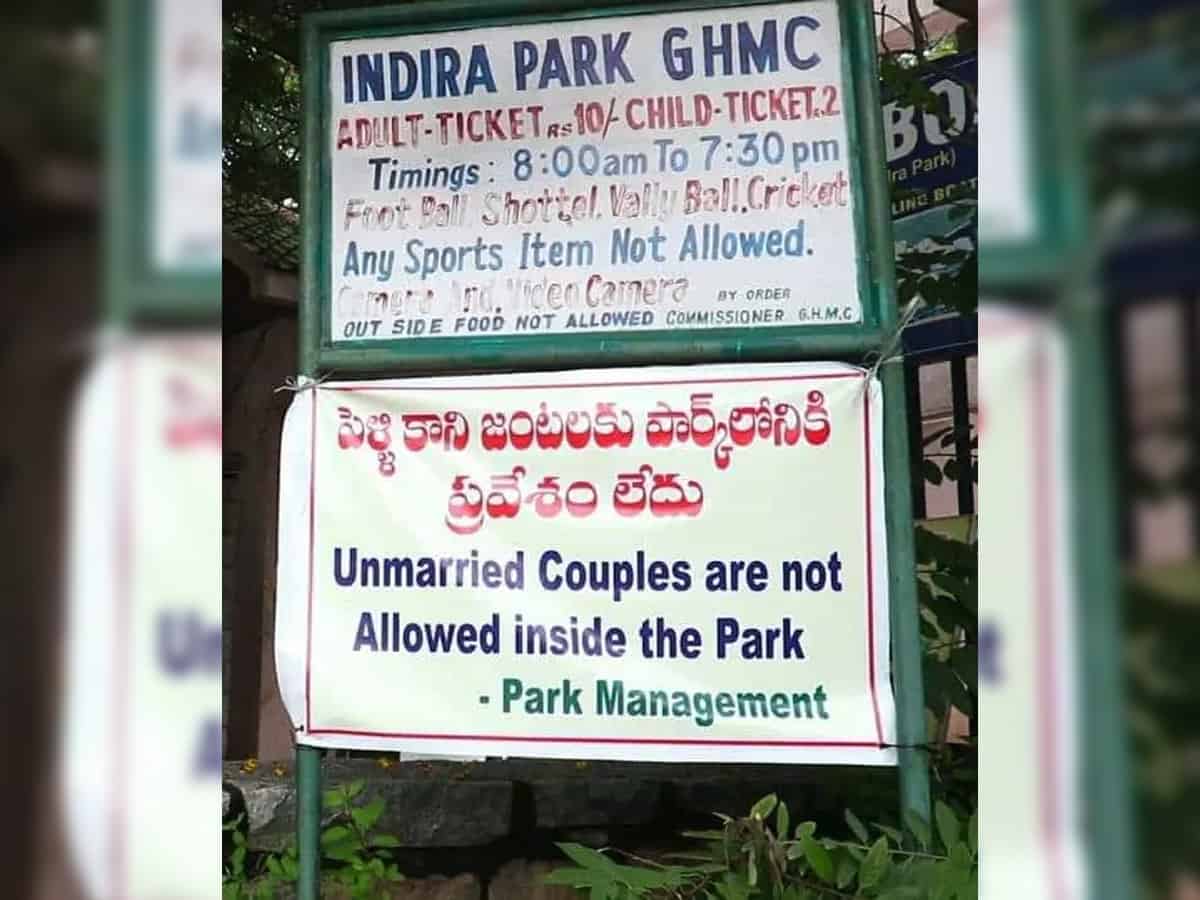 Hyderabad: The municipal authorities in Hyderabad on Thursday removed a banner from a park after alleged moral policing sparked an outrage over social media.

Greater Hyderabad Municipal Corporation (GHMC) swung into action after netizens slammed the authorities for imposing restrictions on the entry of couples into Indira Park.

“Unmarried couples are not allowed inside the park” reads the banner which was tied at the entrance.

Indira Park near Hussain Sagar lake in the heart of the city is one of the known hangout spot for couples.

Officials responsible for the upkeep of the park put up the banner after some couples were caught indulging in indecent acts and complaints by some local residents.

The restriction, however, evoked sharp criticism from many on social media platforms with netizens questioning the moral policing and demanding immediate action by the authorities.

GHMC zonal commissioner of Secunderabad Zone tweeted that the banner has been removed.

The official’s tweet came in response to a series of tweets slamming GHMC for moral policing.

“New low & new level of moral policing by Indira Park Mgmt in Hyd! A public park is an open space for all law abiding citizens, including consenting couples across genders. How can ‘marriage’ be criteria for entry,” tweeted activist Meera Sanghamitra, who called the move unconstitutional.

Some Twitter users voiced concern that the city is becoming hostile to couples.

In 2019 Sanjeevaiah Park beside Hussain Sagar lake had also barred the entry of couples. Authorities had turned it into a park exclusively for children under 14 years of age and their attendants.