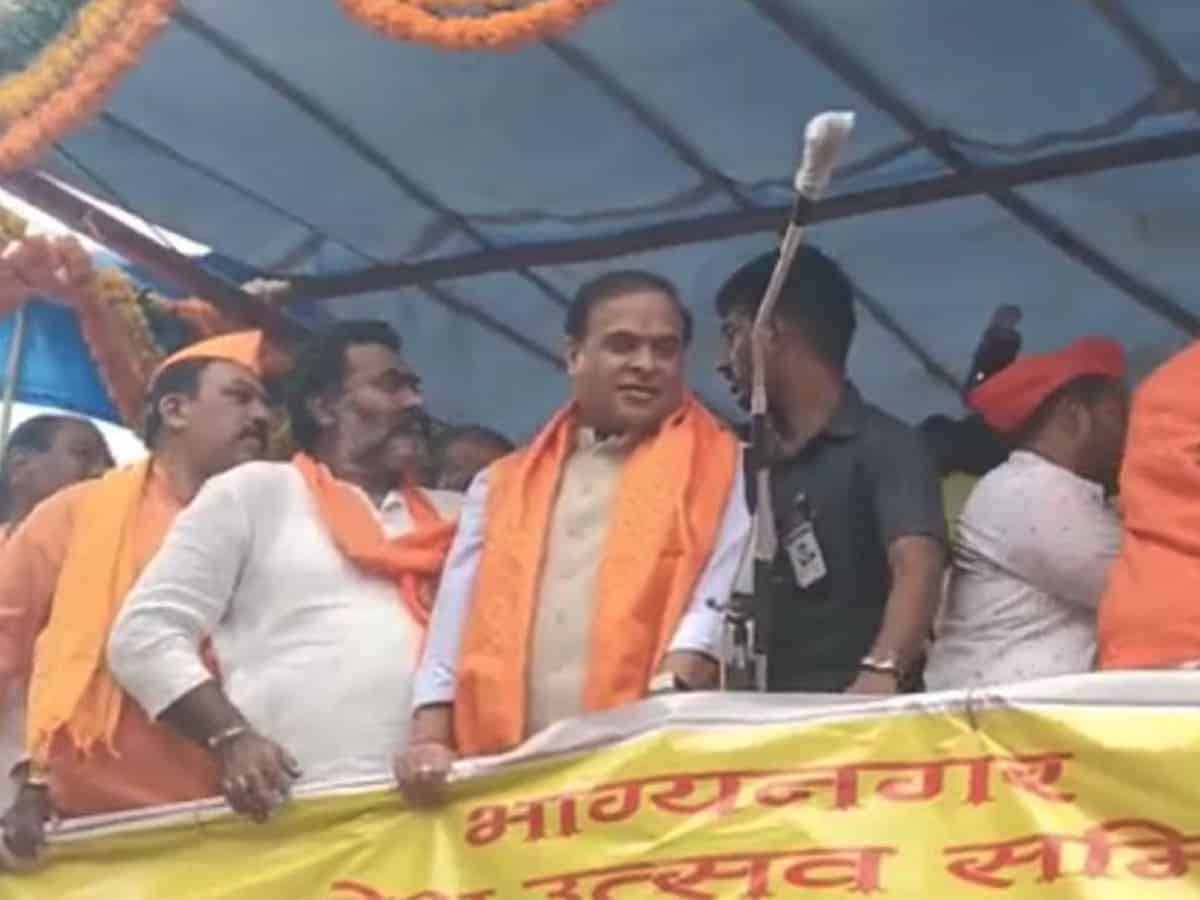 Hyderabad: Bharatiya Janata Party (BJP) called the TRS leader’s attempt to obstruct and snatch the mike away at an event in Hyderabad’s MJ market as ‘lousy’.

“It is indeed hilarious to see consistently failed trials of TRS to counter BJP,” quipped N.V. Subhash, the official spokesperson for Telangana BJP.

“The challenge by the TRS leader was quickly handled by Bhagyanagar Ganesh Utsav Samithi President Dr. Bhagawanth Rao Garu by tackling him down. This useless act by TRS leader shows that KCR’s party is jealous as the public trust towards BJP is multiplying day by day,” he remarked.

NV Subhash further warned TRS leaders to not try such mindless attempts in the future as they will be facing huge public backlash and also get trolled by netizens. “This act shows the cheap tactics that will be implemented in the future by TRS and little do they understand that they are slowly digging their own grave doing so,” he said.

Tension prevailed at Mozamjahi Market on Friday after a TRS leader created a flutter by trying to snatch the mike at the public meeting addressed by Assam chief minister Himanta Biswa Sarma. He was identified as Nanda Kishore Vyas aka Nandu Bilal, in charge of the TRS party for the Goshamahal constituency.