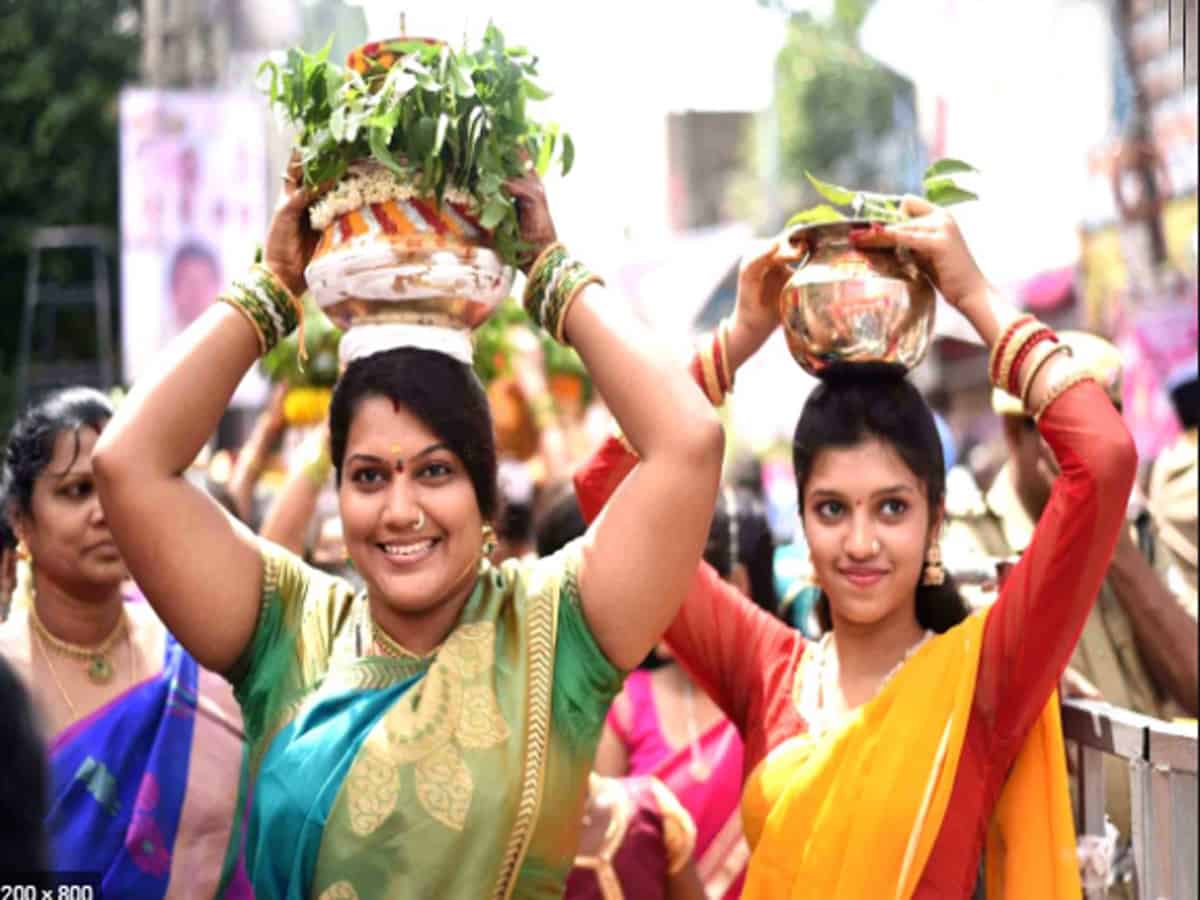 Hyderabad: Minister for Animal Husbandry Talasani Srinivas Yadav has informed that the month-long State festival of Ashada Masam Bonalu will be starting from June 30 in Hyderabad.

On the occasion, A meeting was held headed by Minister Srinivas Yadav at the Marri Chenna Reddy Human Resources Development Centre here on Monday.

The Minister said that a total of Rs.15 crores have been sanctioned by the government for the celebration of Bonalu festival and the financial assistance would be extended upto 3,000 temples, including private temples across the city for the Bonalu festival, and added that the silk sarees will be presented to 26 Endowment temples during the festival.