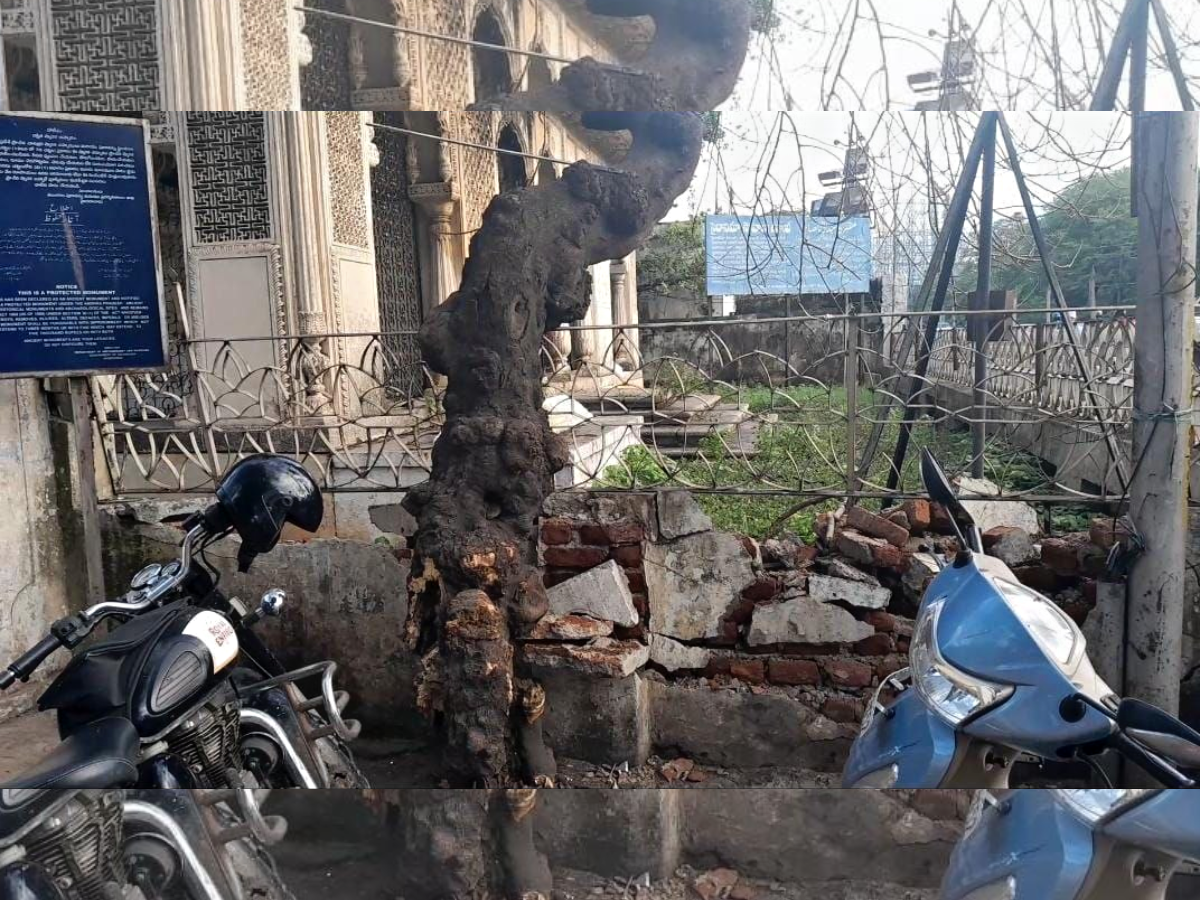 Hyderabad: A portion of the boundary wall at the Saidanima’s tomb was damaged after a vehicle reportedly rammed into it last week. Since then, no repair work has been initiated by the state Waqf Board, which is currently its caretaker. The baoli or step well at the historic site has also been largely neglected for years, leading to it being in a pathetic condition.

The issue was brought to light by Syed Meraj Nawab, great-grandson of Syeda Saidanima Saheba, who is a claimant as the Mutawalli of the site. Nawab tweeted about the situation to Telangana municipal administration and urban development (MAUD) principal secretary Arvind Kumar, who has promised to take necessary steps with regard to restoring Saidanima’s tomb in Hyderabad.

The order was passed after it was found that Mohammed and his father had gotten themselves appointed in the position through forgery, and without verification by Waqf Board officials in the past. Mohammed’s illegal appointment was found after Syed Meraj Nawab, a descendant of Saida-bi-Ma Sahiba, known famously as Saidanima, lodged a complaint with the TSWB on October 21, 2021.

“The previous fraud Mutawalli let the step well get damaged. The Waqf Board controls it now, and they can undertake the work or release funds for repair. There is a lamp inside the step well as well. Water from the baoli used to maintain the place as well,” Meraj Nawab told Siasat.com.

Lack of maintenance due to encroachments

The baoli (stepwell) inside the age-old Saidanima’s tomb on the Hussain Sagar or Tank Bund road has been lying due to neglect and lack of maintenance for years. The Maqbara or grave of the lady Sufi saint has a huge enclosure area, most of which has also been reportedly encroached upon by locals who run businesses inside.

In this capacity, he travelled to England as well. Jang eventually built a tomb in memory of his mother, Saidanima, which is located north side of the Hussain Sagar’s reservoir bund road, heading towards Secunderabad.

It is somewhat in isolation from most historical monuments and is a landmark monument which often goes unnoticed unless one stops for a few seconds and notices his/her surroundings.

The structure’s onion-shaped dome placed over an octagonal base marks the tomb, points out Sibgatullah Khan, an architecture student from the city who runs Deccan Archive.

He pointed out that panels of geometric cut plaster stand between the lobed arches, which rest on double baluster columns. The upper chamber of the monument has arches which are clearly drawn from the Qutb Shahi era, whereas the ground floor arches appear to be of Mughal inspiration.

The erstwhile state of Hyderabad, run by the Nizams of the Asaf Jahi dynasty, lasted from 1724 to 1948. It had seven rulers with the last one being Mir Osman Ali Khan, the seventh in line, who had his princely state annexed to India in 1948, more than a year after independence.