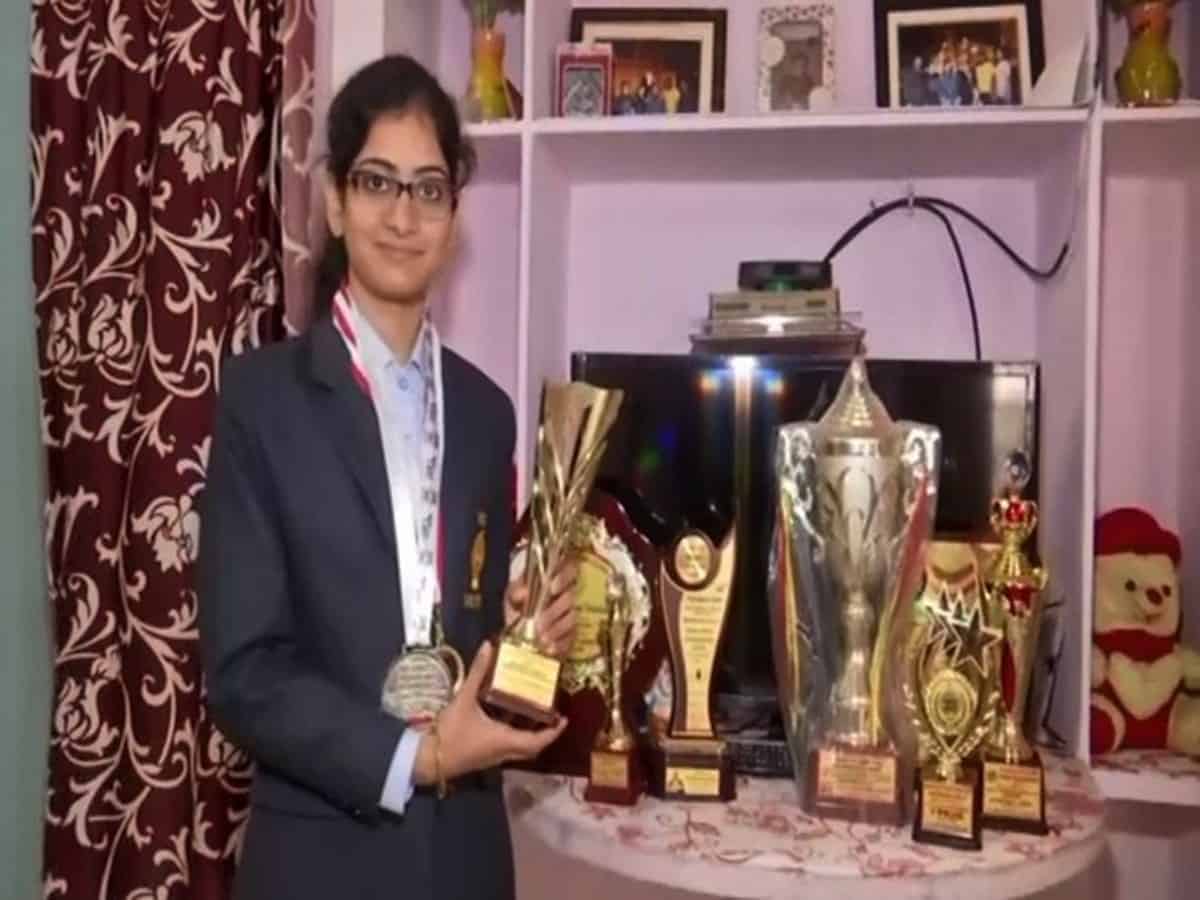 Hyderabad: Overcoming all odds, a 22-year-old girl from Hyderabad, Bhagyalakshmi Vaishnav, has won silver in the international world classic powerlifting championship being held in Turkey.

Bhagyalakshmi comes from a poor family where the father works in a plywood shop and the mother is a homemaker who is also a cancer survivor. She lost her brother to blood cancer in 2015.

However, even when faced with these huge difficulties she tenaciously stuck to her sport.

Speaking to ANI, Bhagyalakshmi narrated the story of her journey. She said that it started with the training at LB Stadium in Hyderabad. She competed at the district level, after which she got selected for the state level. She then got the opportunity to play at the national level.

“It was my dad who I first thought of when I got the medal. I video-called my mom she was crying out of happiness. Dad works in a plywood shop and mother is a homemaker. My dad had a business but went into losses as my brother had blood cancer. We were three sisters and one brother. My brother had blood cancer and he died in 2015. My mother also had breast cancer but she is doing fine now. She is overcoming cancer. After that, my father’s business saw great losses and he started working in a plywood shop. We suffered a lot financially but mentally we have great support from family,” she said.

Bhagyalakshmi said that due to her poor financial condition, she did not want to participate in one of the competitions in Mangalore, however, it was her father who took loans so that she could go on to participate.

“My mother is my inspiration as she overcame her disease and is getting better thinking that if she is not there who will look after her girls? So she is doing it for us and I am doing it for her. My mom and my dad are my inspiration. There are other two players playing in Turkey where one guy had Diabetes and there was a girl from Great Britain who had cancer, yet she was participating in the competition,” she said.

Bhagyalakshmi said that she trains hard with her coach and prefers only a vegetarian diet.

“My coach is Praveen Kumar. My diet is completely vegetarian. I take dry fruits, soaked raisins, bananas, milk and protein. I also take paneer,” she said.

Giving out a message to the girls in the country, Bhagyalakshmi said that they should motivate other girls to push their limits and achieve what they want to in their lives.

“The message I want to give to girls is to motivate other girls to struggle and overcome problems and push their limits and achieve their dreams,” she said.

Dhanraj Vaishnav, Father of Bhagyalakshmi, said that his daughter was into sports since she entered standard 11.

“At first she used to go to karate and later she went to powerlifting. She got a gold in the Karimnagar district championship. My family tried to demotivate me by asking why I was sending a girl, but I never listened to them. We will support her fully to get to Commonwealth. When she won the international Turkey championship, I felt very proud. Our neighbour and all were very happy and when she came back a grand welcome was organised,” he said.

Neelam, elder sister of Bhagya Lakshmi said that they had never thought that her sister would go this far and she was proud of her.

“We feel very proud. We never thought she would go so far but she did it. She made India proud in Turkey. She was a weak girl in her childhood but she is a strong woman now,” she said.