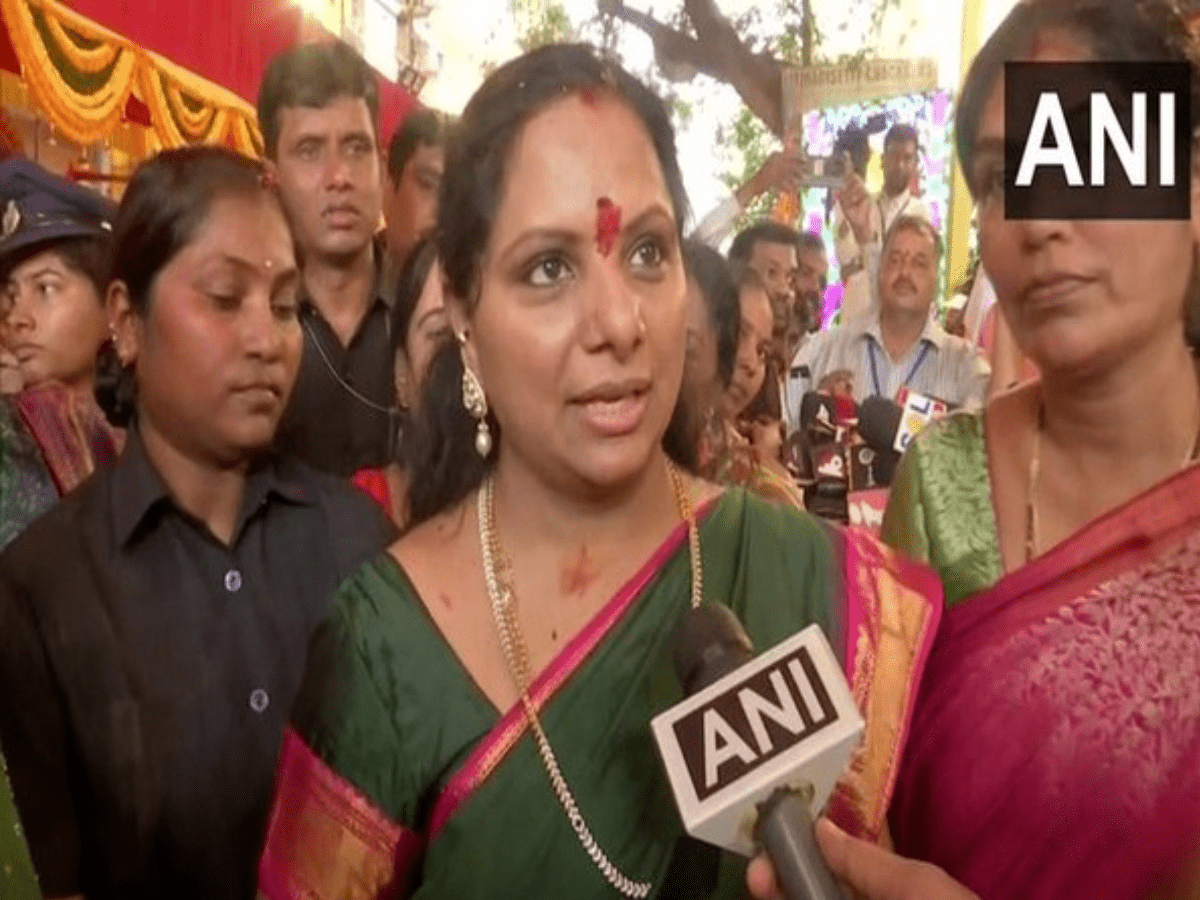 Hyderabad: A case has been booked against 29 Bhartiya Janata party workers for allegedly rioting near Telangana Rashtra Samithi (TRS) MLC K Kavitha’s residence on Banjara Hills Road no 14 on Monday.

On Monday night, commotion reigned at the Banjara Hills police station, as several BJP workers demanded the release of those detained.

Workers from the Bharatiya Janata Party, BJYM, and the BJP Mahila Morcha attempted to lay siege to MLC Kavitha’s house. They were driven away by TRS party workers who were present.

The BJP workers were pulled up by police and taken to the police station.

The case has been booked under IPC Sections 341 (Punishment for wrongful restraint), 147 (Punishment for rioting), 148 (Whoever is guilty of rioting, being armed with a deadly weapon), 353 (Assault or criminal force to deter public servant from discharge of his duty), 332 (Voluntarily causing hurt to deter public servant from his duty), and 509 (Whoever, intending to insult the modesty of any woman, utters any words) and 149 (Every member of unlawful assembly guilty of the offense committed in prosecution of the common object).

Notice is given to them under Section 41 of the Criminal Procedure Code (CrPC), and will all be arrested and remanded.

“A case has been filed. We have not arrested them yet. Legal proceedings are underway,” stated a Banjara Hills police station employee.