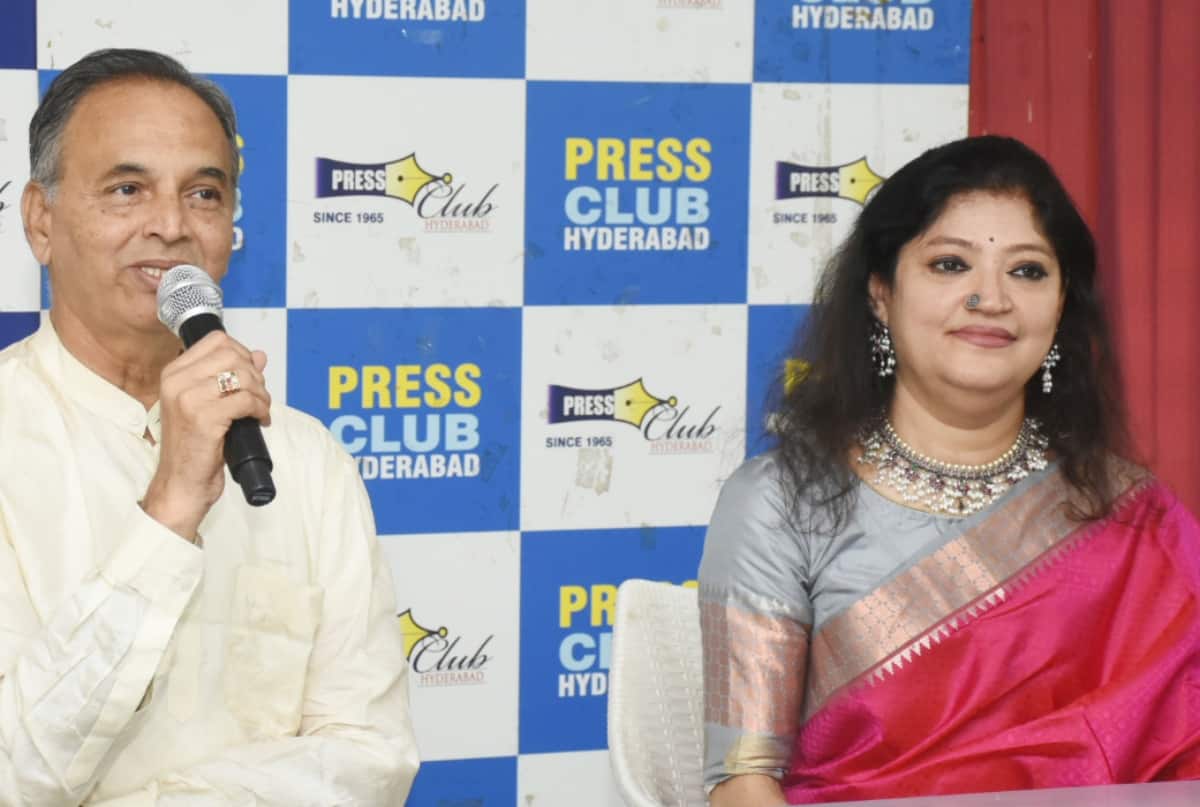 Hyderabad: To celebrate the centenary of the Late Dr Nataraja Ramakrishna, the doyen of Andhranatyam, Nartanasala will be hosting a novel interpretation of Andhranãtyam’s traditional Navajanãrdhana Pãrijãtham, performed by Sunila Gollapudi, under the guidance and choreography of her Guru, Abhinava Satyabhama, Shri Kala Krishna, on Saturday 4th June 2022, at Prasad Labs, Banjara Hills.

Dr Nataraja Ramakrishna, with his diligent scholarly efforts, revived Andhranatyam. Andhranatyam belongs to the Nattuva Mela tradition and is the ancient classical dance form of the Telugu regions (Telangana, Rayalaseema, and Andhra) that has been in vogue for the past 2000 years.

Navajanãrdhana Pãrijãtham (Shringara Drishya Divya Prabandham) is a shringara rasa predominant solo dance ballet depicting an episode of love story between Lord Shri Krishna and his 8th wife the beautiful Satyabhama, which is as ancient as Gita Govindam.

Sunila Gollapudi will perform a newer compilation of Navajanãrdhana Pãrijãtham. It starts with the dancer explaining what she would be performing (the story line) followed by the actual performance. Guru Dr Nataraja Ramakrishna compiled a version of the pranaya kalaham that includes daruvus written by various poets and Andhranatyam dancers have traditionally been performing for years.

Hyderabad: Final heatwave marks the end of summer in city

Guru Kala Krishna worked on alternative contexts mentioned by his Guru and recompiled a new version through his research and trained Sunila. The performance will be blessed and witnessed by prominent personalities in the field of art and dance as all come together to felicitate Guru Shri Kala Krishna.

Guru Kala Krishna, speaking on the occasion, said that Sunila Gollapudi and him are disciples of Dr Nataraja Ramakrishna. “Sunila learnt Andhra Natyam from her childhood, continued it after her marriage too and gave several performances. She being a software engineer, despite paucity of time, she has been popularizing Andhra Natyam through one or two performances every year. The dance form has been named Andhra Natyam sometime in 1970, but this dance has been existing from time immemorial, from the day Hindu temples have come into existence,” he said.

Sunila Gollapudi said, “Art is a passion for me imbibed from my mother and into music, dance and painting. Dance is a primary hobby in my life. I am fortunate to have a Guru like Shri Kala Krishna and I am also teaching my daughter. We the students of Shri Kala Krishna garu will be felicitating him on Saturday at Prasad Labs.”

It has been Sunila’s dream to build an easily accessible platform for talented artists to come, collaborate and produce creative and unique choreographies. She believed & propagates the Science behind these art forms and aspire to spread awareness of our tradition and save these art forms from becoming extinct. The inaugural show of Nartanasala is a tribute to the legend Padmasri Dr. Nataraja Ramakrishna choreographed by his dear disciple Acharya Shri Kalakrishna.

What is Andhra Natyam?

Andhra Natyam is a traditional dance form dating back to 2000 years. It was performed by ‘Devadasis’ in temples as a form of worship. In olden days wherever there was a temple some or the other form of dance was associated with it. Andhra Natyam comprises of the Lasya tradition of female dance and the male warrior dance called Perini with vigorous dance form is characterized by rapid footsteps and the essence is to invoke Lord Shiva.