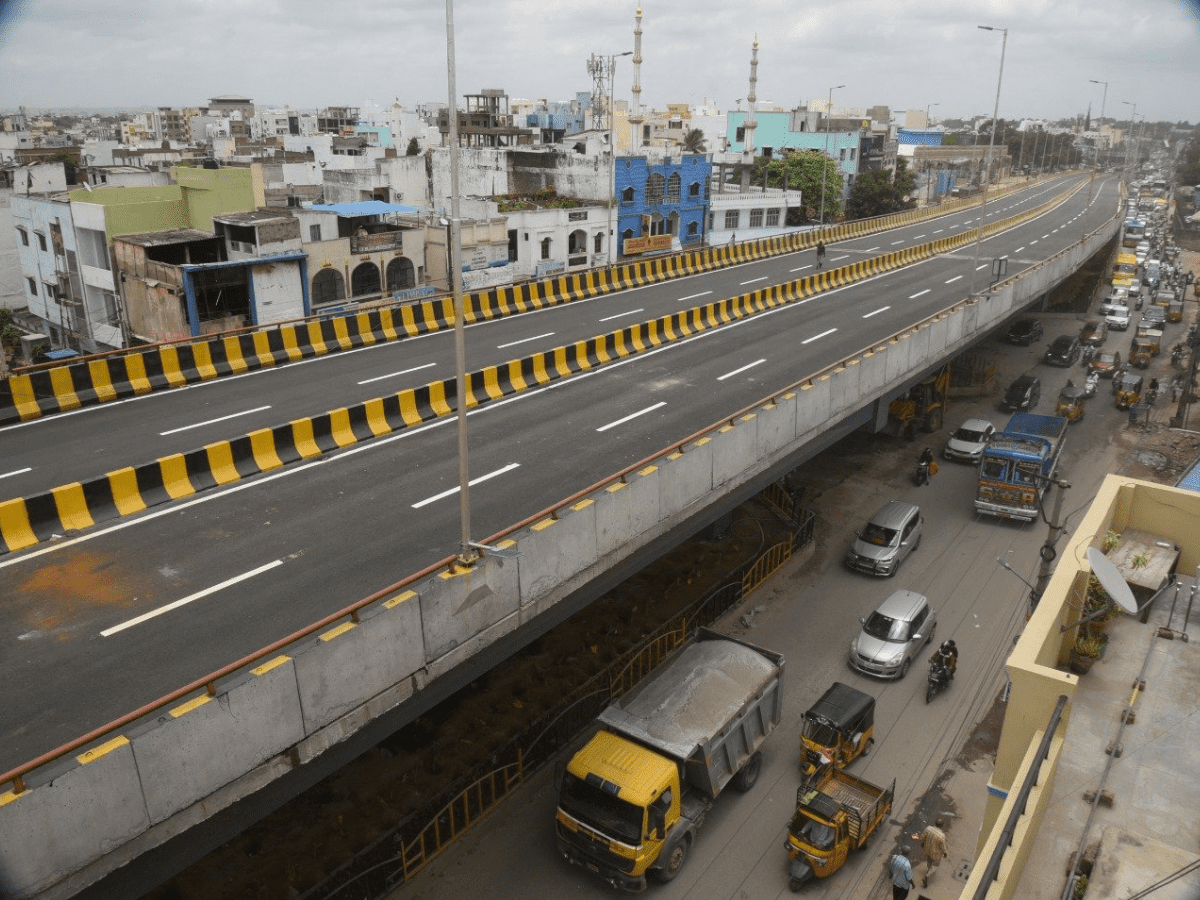 Hyderabad: Chandrayangutta flyover that was scheduled to be inauguration today has been postponed to August 27, 2022, apparently due to the protests that broke out in the city following the remarks made by BJP MLA Raja Singh.

Earlier, it was decided that All India Majlis Ittehadul-E-Muslimeen (AIMIM) President Barrister Asaduddin Owaisi along with state minister for municipal administration, KT Rama Rao and AIMIM floor leader Akbaruddin Owaisi would inaugurate the extension of existing Chandrayangutta flyover on Tuesday.

The total cost of the project was Rs 30.79 crores. The flyover’s length was increased by 500 meters under the Strategic Road Development Plan (SRDP).

The existing Chandrayangutta flyover is 480 meters long and the additional meters were to improve road connectivity. The flyover exists on the inner ring of Hyderabad, connecting Aramgarh to Santoshnagar and LB Nagar.

It will facilitate easy access from Shamshabad International Airport to Nalgonda and Warangal via LB Nagar. Traffic can now go directly over this flyover without stopping at Kandikal Gate and Barkas junctions.

The GHMC standing committee had approved the Chandrayangutta flyover in 2018 and it was to be completed in one year. However, it was delayed due to the COVID-19 lockdown. Lack of coordination with HMWSSB and TSSPDCL for sewage pipelines and electric wire and poles also reportedly added to it.

Telangana on high alert as protests erupt against Raja Singh

A huge number of cops have been deployed outside the offices of the Hyderabad police commissioner, the Director General of Police office at Lakdikapul, and the old police commissioner office at Purani Haveli and other important places in the city after protests erupted against the BJP MLA.

Rapid Action Force and police force from reserve wings of Telangana State Special Police, GreyHounds and neighboring districts have also been deployed. Police pickets have also been posted at communally sensitive areas of Hyderabad and in the old city, it has been learned.

On Tuesday morning, the Hyderabad police took into custody several persons who were protesting. The protest was going in front of the Hyderabad commissioner of police office at Basheerbagh. More than 100 persons were taken into custody by the police after repeated attempts to disperse them proved futile.