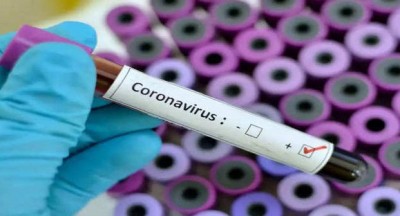 Hyderabad: The Chandrayangutta police arrested the in-charge of a diagnostic lab for giving fake negative COVID-19 reports. The incident came to light when Y. Nikhil Sai, a police constable visited the lab, named All Care Poly Clinic Diagnostic Centre, and was told by a person from there that he can be given a negative report even without taking a nasal swab.

According to the police, police constable Nikhil was directed to visit the diagnostic lab, where he met a person named Mohd. Ghouse from the All Care Poly Clinic Diagnostic Centre, situated at Crystal Town Venture, Bandlaguda. Nikhil had visited the clinic to get a COVID-19 test, and even paid Ghouse Rs.1200 for it via Google Pay.

After consultation, the police constable provided his Aadhaar card copy as well. However, Ghouse, without collecting any nasal swab sample and throat sample, stated that he would forward a negative report to Nikhil on Whatsapp.

Soon, after the scam came to light, the police constable returned to the Chandrayangutta police station and lodged a complaint, following the cops took action.