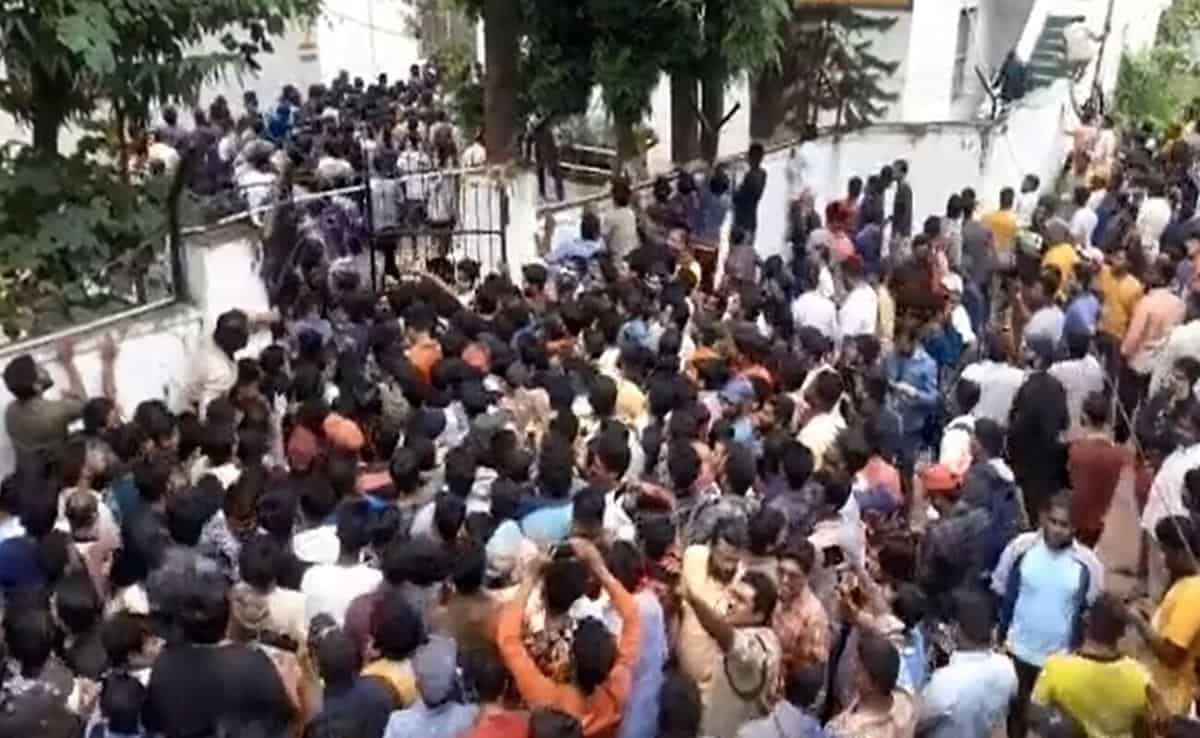 Hyderabad: After a three-year hiatus, Hyderabad will once again play home to an international cricket match on September 25 when India and Australia play their third T20 match. But, chaos took over outside the Gymkhana when hundreds of fans swamped the place for tickets.

The fans from the twin cities are eager to watch the match between two elite teams because they haven’t seen top-class cricket in the last three years. However, when they had problems getting a ticket, their exhilaration turned to dismay. While using the Paytm Inside website to purchase a ticket online proved to be difficult, there is still uncertainty around the selling of tickets offline.

Hyderabad: Ind-Aus T20I tickets to be available online from Sep 15

Many cricket enthusiasts criticised the Hyderabad Cricket Association (HCA) for withholding information as they wait in line at the stadium for tickets for the last two days. Whoever came to the ground had to go back without anything.

At Gymkhana, the line formed as early as six in the morning, and it became longer as the hours went by. The police arrived at the scene to disperse the mob that was yelling anti-HCA slogans in anticipation of heavy traffic in the region.

However, the Paytm website indicated that the tickets would be available soon. The online inventory quota on September 15 is practically at capacity. Please check back for further updates. Coming Soon: Limited Tickets in Lot 2,” the website states. Additionally, it said that from September 22 to September 25 the tickets may be used at Gymkhana.

The tickets, according to Hyderabad Cricket Association (HCA) president Mohammed Azharuddin, will be sold through the Paytm app and the Paytm insider app. Ticket prices range from Rs 10,000 to Rs 300.

With a capacity of nearly 55,000, the Rajiv Gandhi International Cricket Stadium in Uppal is the city’s main cricket stadium. It is well-known for its cutting-edge facilities and has hosted numerous international games, as well as Indian Premier League, matches over the years (IPL).