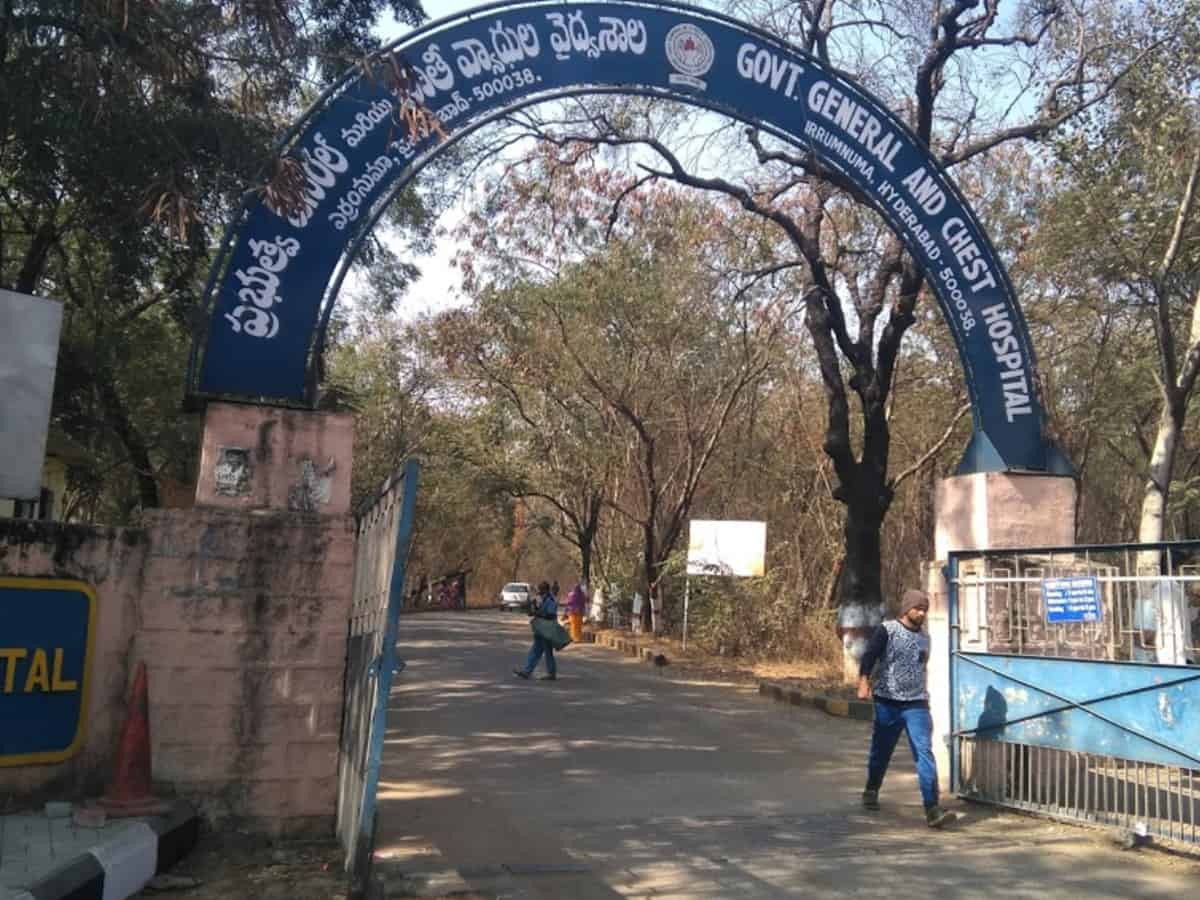 Hyderabad: Contract workers at the Government Chest Hospital in Erragadda sat on a one day strike as part of the statewide protest of health employees that was led by Telangana United Medical and Health Employees Union that is affiliated to the Centre of Indian trade Unions (CITU).

“Sanitation workers, Patient care and security staff at the hospital didnt get a hike in salary in the last 8 years. Only one contractor has been given the contract across the state and that has lead to a robbery of their hard work and effort. The contract agency has committed corruption with regards to PF and ESI accounts of employees and the officials are not acting even though the contractor is giving out salaries once in 2-3 months,” they said.

“Salaries are not being given according to the GO No 68 issued by the labour ministry and the contractor is cheating employees by not doing so. According to G0 No 60 issued by the state government, salaries should be hiked for sanitation, patient care and security workers under contract. If not, an unrestrained protest is going to happen,” the employees warned.