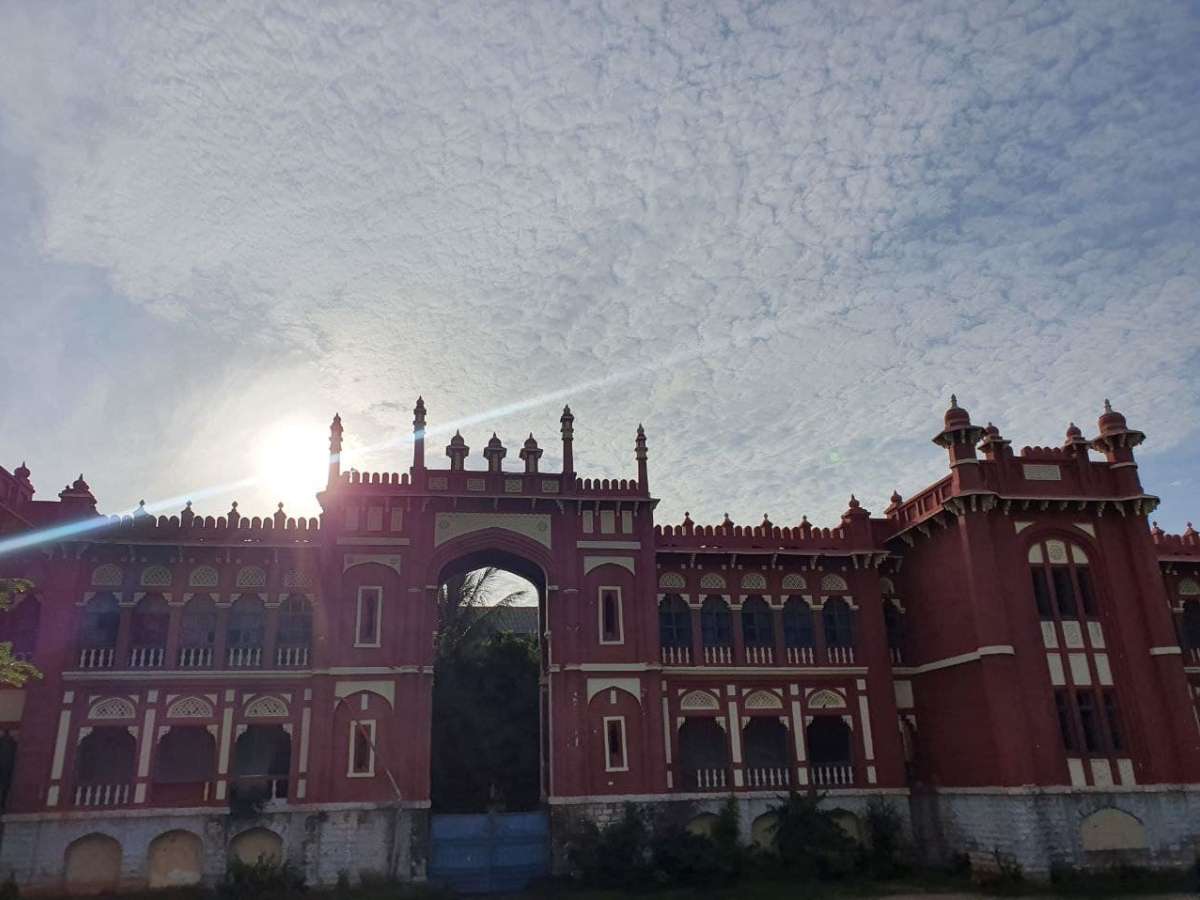 The history of this college dates back to 1865 when the Hyderabad ruler Asif Jah the VIth Nizam Mehboob Ali Khan had set up this city school. The impressive Government City College building on the bank of the Musi river has completed 100 years which is a milestone.

This historical building is an important source of education and wisdom for high school, intermediate and undergraduate students. The current 3 storey building which has been identified as a Grade 2 Heritage structure is spread on 16 acres of land and had been constructed by the chief engineer Nawab Khan Bahadur Mirza Akbar in the Indo Arab style.

The college structure on the bank of Musi River has been constructed with lime, mortar, and stone so in case of flooding the structure could not be damaged.

The city college building has 64 rooms including one gallery, seminar rooms, and a big library. The college still has century old furniture including the benches which are in impeccable condition.

However, there is an urgent need to pay attention to the condition of the college building as the iron beams are appearing in so many places and the roof and the pipes are seeping.

In 1921, the Asaf Jah VII Nawab Mir Osman Ali Khan changed this Madrasa to City high school and shifted it into the present building. In that same year, the Osmania University intermediate section was started with 30 students with Urdu medium.

In 1929, this school has been converted into a college and it was named City college as part of Osmania university.

In 1956, the intermediate course has been ended at Osmania university and started as a pre-university course.

In 1962, the science courses under the name of Bachelor of science has started in this college and its name was changed to City Science college.

In 1965, the state government has taken this institution from Osmania university and named it the Government City Science college.

In 1967, BA, and B.com courses were introduced in this college and it was renamed Government City College.

In addition to this students of other states are also selecting courses in government city college through online services, Telangana DOST web counselling.

In 2004 l, this college has attained an autonomous status which has been expanded in 2011.