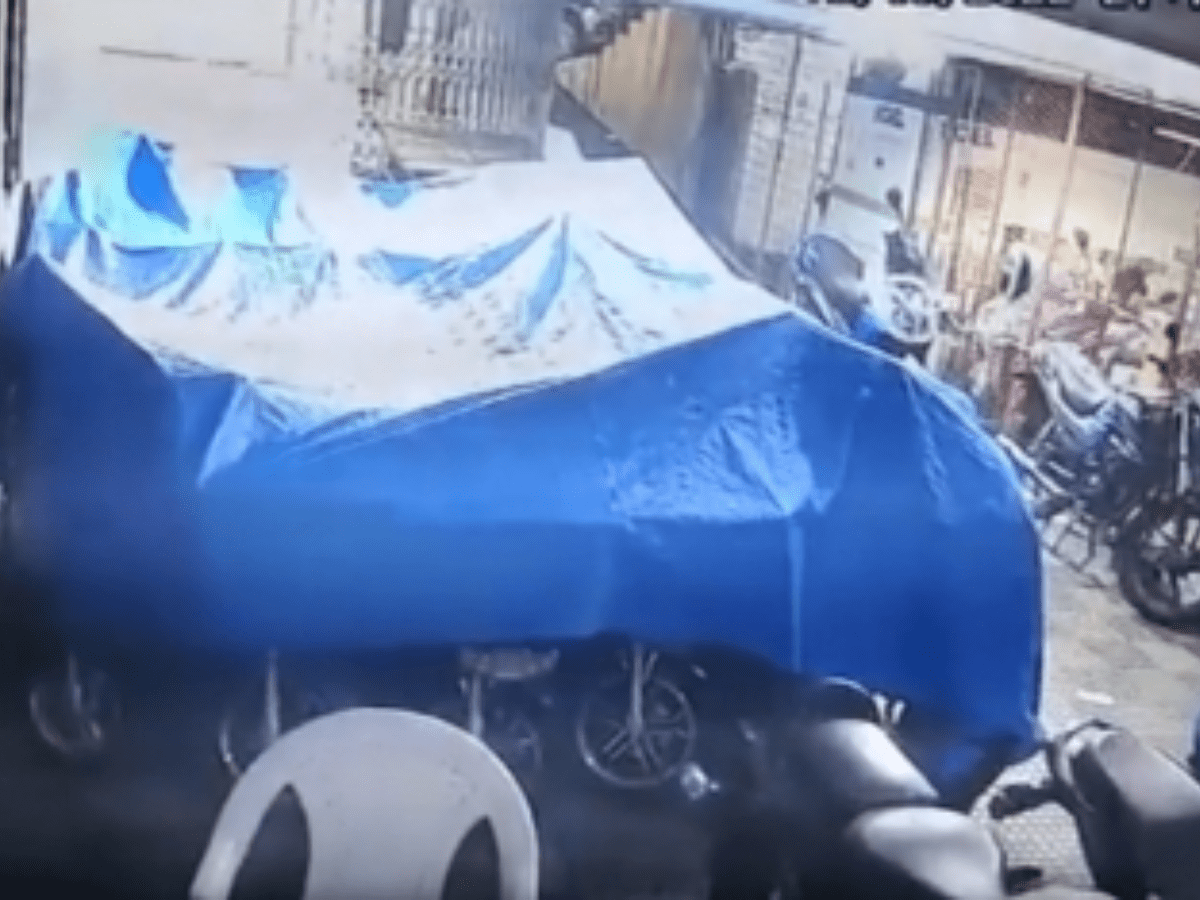 Hyderabad: City Police Commissioner CV Anand on Wednesday felicitated and presented certificates of appreciation along with a cash reward to two policemen and four civilians for rescuing people trapped in the fire mishap at the Ruby Pride Luxury Hotel in Secunderabad.

The officers and the civilians without any protective gear entered the building much before the fire-fighters arrived.

Market police station constable Rakesh was the first one on the scene after a fire broke out at about 9 pm on 12th September. Braving thick smoke billowing up through the staircase, he made his way into the building. He was soon joined by Tukaram gate detective Inspector Anjaneyulu and four locals- Subash Chandrabose, Surya Kiran Kumar, Amar Reddy, and Shiva Kumar. They entered the building on fire from adjacent buildings.

Inspector Anjaneyulu, who bored the brunt of the toxic smoke and heat, said that he had the shock of his life when he saw a person lying on the passage of the second floor. He then found more unconscious people downstairs. They were rescued and shifted to the terrace.

“We could barely see our hands in front of our face as we were getting closer,” said Rakesh.

“Those actions reflect the bravery and exemplary service of Hyderabad City Police’s finest officers and the city’s good samaritans. They put their own lives at risk and moved the occupants trapped to safety.” appreciated CV Anand.

“The extraordinary bravery- intelligently performed in the line of duty at imminent and personal danger to life, reflects the hallmark of true heroism,” he added.

He said that he would be praying for those who were injured and expressed his condolences to the bereaved family members.

The Market police on Wednesday arrested five of the accused individuals who were instrumental in a major fire outbreak at an e-bike showroom in the cellar of Ruby Pride hotel, Secunderabad on Monday. The massive fire claimed eight lives and injured 11 persons.

The police on Wednesday said that seven people were able to jump to their safety from the hotel’s window. While the firefighters and police reached the scene, bystanders also came forward to help those trapped in the building, successfully saving 17 lives. Survivors with burns and internal injuries caused by toxic smoke inhalation were admitted to the hospital.

“Eight persons expired due to toxic smoke inhalation and subsequent unconsciousness. All eight bodies were identified and had post-mortem examinations carried out at Gandhi Hospital, Secunderabad before being handed over to their families,” said the police.

They revealed that there were about 28 electric bikes, 8 petrol bikes, generators and open batteries which were completely burnt. There were four commercial HP gas cylinders found in leaky condition which were installed in the cellar with connectivity to the kitchen located on the rooftop.

Among the five accused are the three owners of Ruby Pride hotel and lodge. The owner Ranjith Singh ran the building along with his two sons Suneet and Supreet, who also ran the e-bike showroom and two wheeler finance. The other two accused persons are the manager of the hotel and the cashier in the showroom.

Out of the 32 CCTV cameras in the building, 25 were functional. “It appears that the smoke first emerged from an e-bike kept for charging. However, the reports from fire department, electricity department, FSL etc., are awaited to determine the exact cause of fire,” the police said.

They added that there is prima-facie evidence that the accused persons flouted safety norms by setting up the business of e-bikes and charging of batteries which led to the incident. Absence of all required permissions for the hotel building and e-bike showroom and misuse of parking place are the major lapses leading to the tragedy.

The arrested accused persons were remanded to judicial custody.