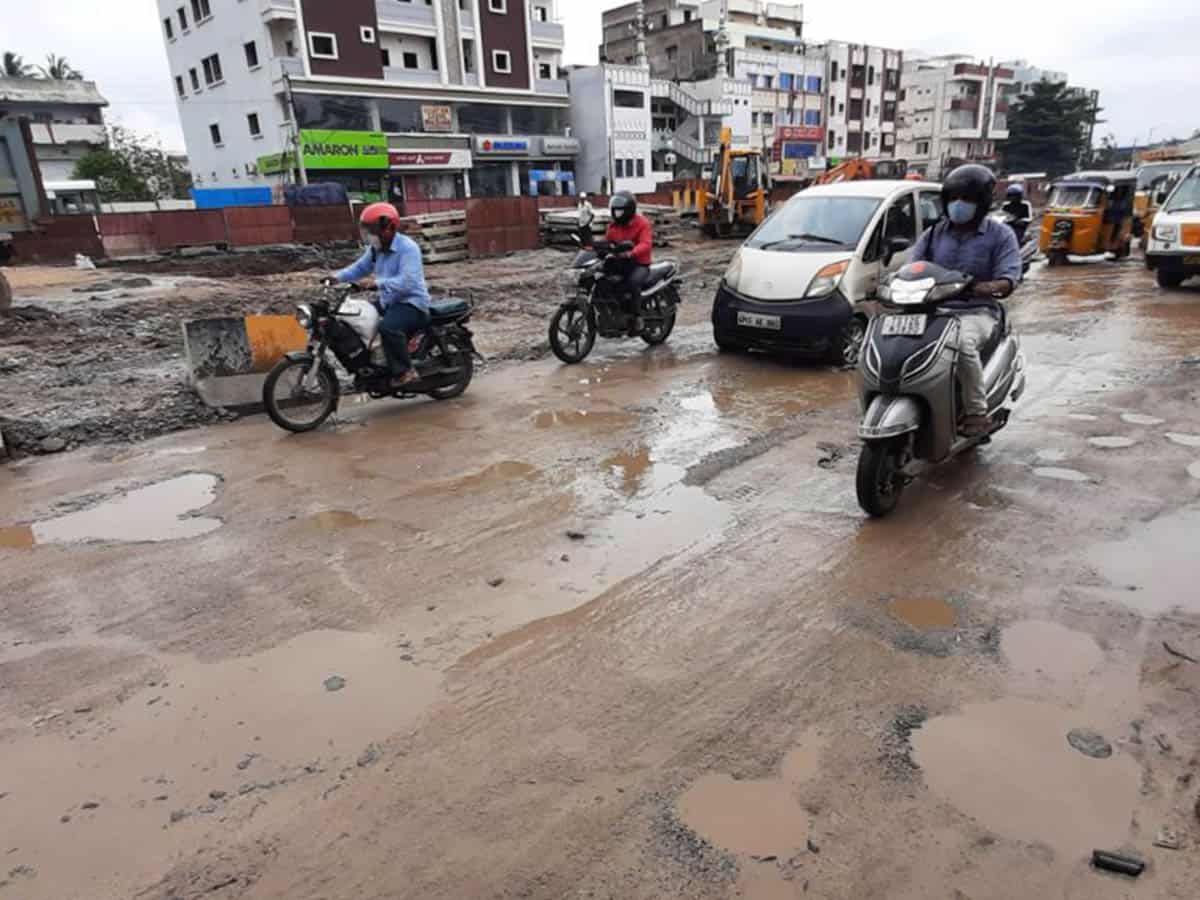 Hyderabad: Heavy rains continue to wreak havoc in Hyderabad as the city is left with a trail of potholes. The feckless attitude of the Greater Hyderabad Municipal Corporation (GHMC) officials in performing their duties has become a risky affair for commuters to drive through the city.

Due to heavy downpours, the stretches of several areas are too affected by the potholes. The residents and the commuters of areas such as Kukatpally, Srinagar Colony, Jubilee Hills, Qutubullahpur and other areas are facing difficulties while commuting due to numerous potholes. Commuters are having a bumpy ride on these roads.

Meanwhile, the GHMC officials have assured that they have identified the damaged roads in the city which have been battered by the incessant rains and have started restoring them zonal wise.

Mohammed Omer, a resident of Santoshnagar locality, said that the entire stretch from Pisalbanda to Saidabad have many potholes which are causing minor accidents.

Further, he demanded that the GHMC authorities should focus to repair these roads permanently rather than filling the potholes with temporary materials so that the problem does not arise again with every spell of rain.