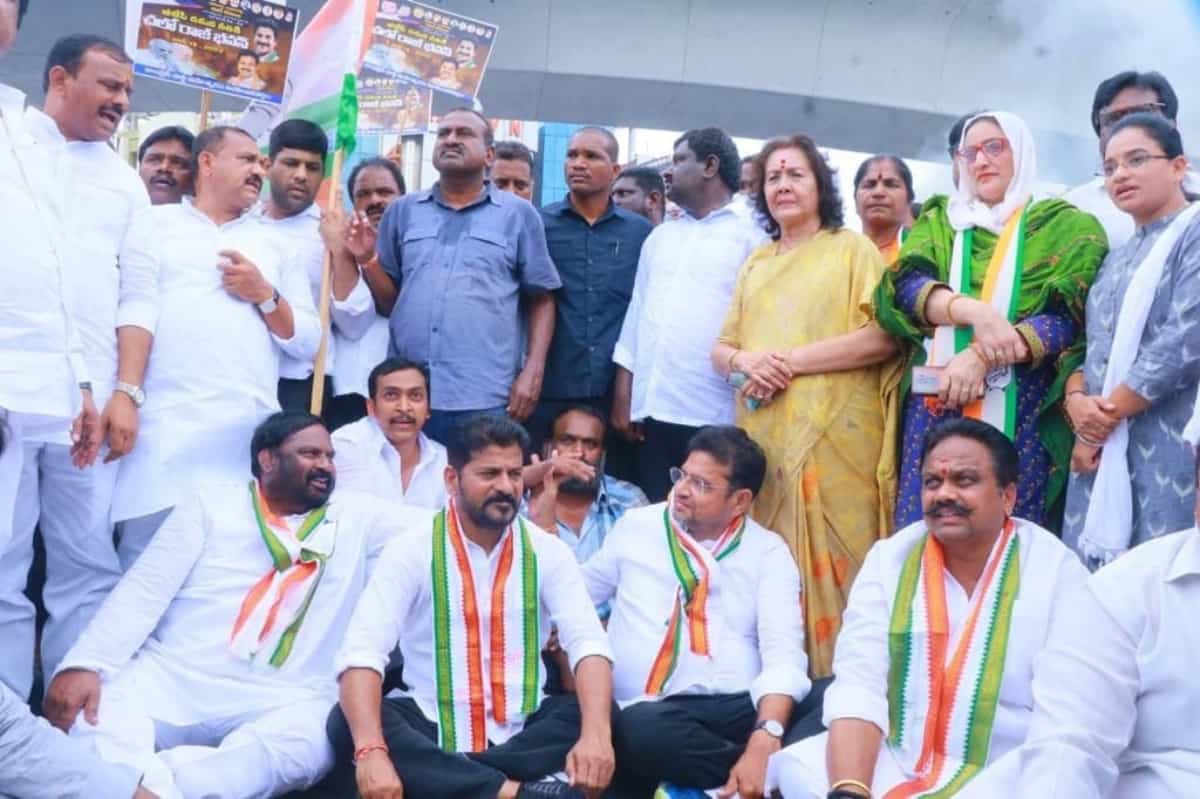 Hyderabad: Mild tension prevailed near Raj Bhavan here on Thursday, after scores of Congress leaders and workers staged a protest against grilling of top party leader Rahul Gandhi by Enforcement Directorate (ED) in connection with a money-laundering case pertaining to the National Herald-AJL deal.

Police foiled the attempts by the protesters to lay seige to the Raj Bhavan, as part of a “Chalo Raj Bhavan” call given by Congress’ Telangana unit.

Telangana Pradesh Congress Committee (TPCC) President and party MP A Revanth Reddy, Congress Legislature Party leader Mallu Bhatti Vikramarka and several others were taken into preventive custody by police as they were proceeding towards Raj Bhavan.

The protest caused traffic jam on Khairtabad Circle and surrounding areas. A two-wheeler was set on fire and some protesters were seen climbing on a state-run city bus even as window panes of the bus were smashed allegedly by an agitator.

The demonstrators raised slogans against Prime Minister Narendra Modi and the police.

Amidst the protests, Congress leader Renuka Chowdhury was caught on camera as she held a policeman by his collar while being taken away by other Police personnel.