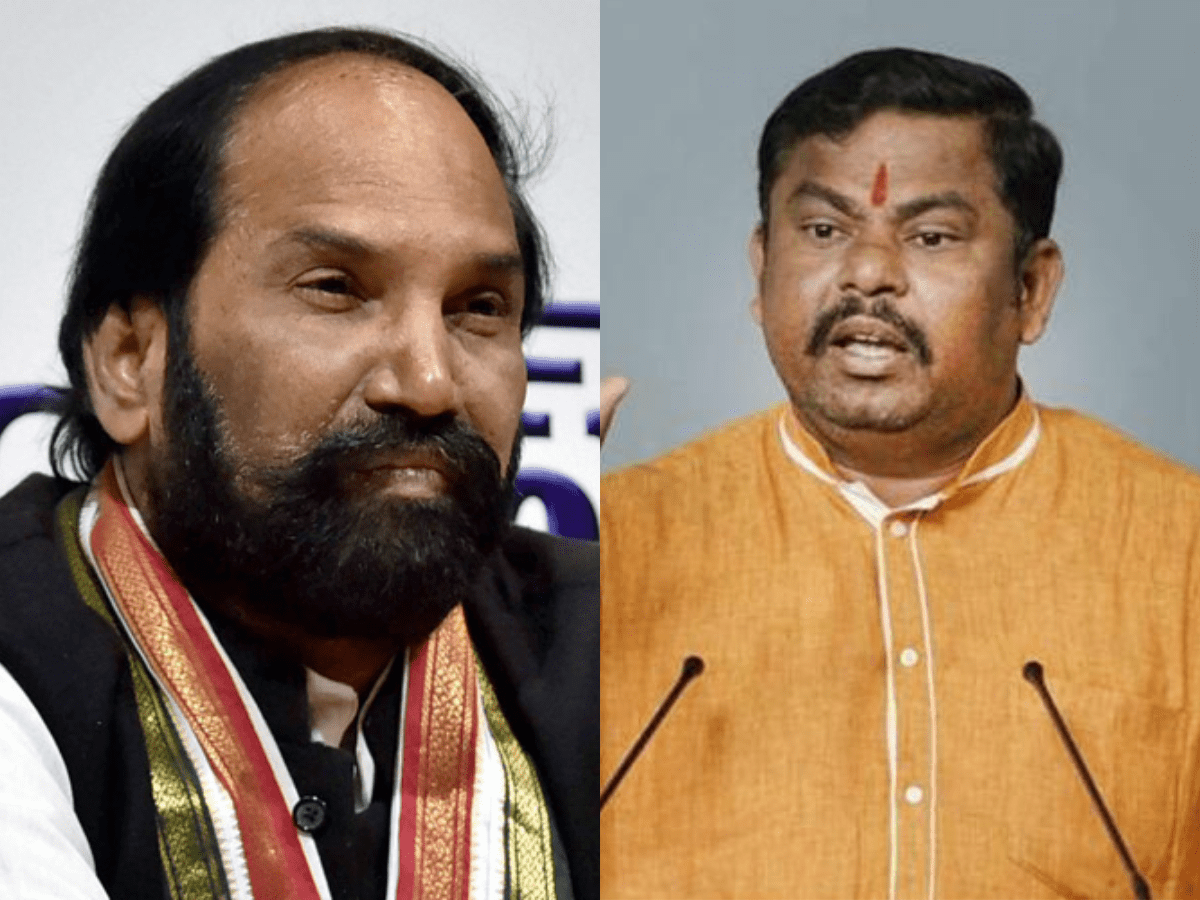 In a statement released on Wednesday, Uttam Kumar demanded the cancellation of Raja Singh’s membership in the Telangana assembly under Article 194.

“It is completely outrageous that the BJP MLA made derogatory remarks against the religious head of a community and tried to get away easily. This is not acceptable in any civilised society, any modern country and 21st century India,” Uttam Kumar Reddy said.

“Raja Singh should have been arrested long back when the video was uploaded. However, the Hyderabad police came into action only after protests erupted in different parts of the city,” he said.

Noting that Raja Singh is a habitual offender and a listed history-sheeter, Uttam Kumar said out of 43 cases registered against Raja Singh, 15 were of hate speech. Singh was acquitted in 36 cases including a case of an attempt to murder police personnel.

“Out of the 43 cases, almost 30 cases were registered under the TRS regime. It is highly shameful that the Telangana Police, as per the affidavit, did not file a charge sheet in as many as 28 cases. This clearly shows that the state government gave license to Raja Singh to spew venom against a community and spread hatred in the society,” he alleged.

The Congress MP alleged the TRS, BJP and AIMIM planned to poison the atmosphere in Hyderabad.

“For strange reasons, all markets in the twin cities of Hyderabad and Secunderabad were ordered to be closed by 8 pm to instil fear among common people. Police took hundreds of young men into custody. Several shocking videos of police brutality were circulated since Wednesday. TRS, BJP and MIM must stop playing with the lives of common people by pushing them into the fire of communalism,” Uttam Kumar said.

Lastly, he appealed to the youth to maintain peace and prevent themselves from being used as a tool by communal forces.