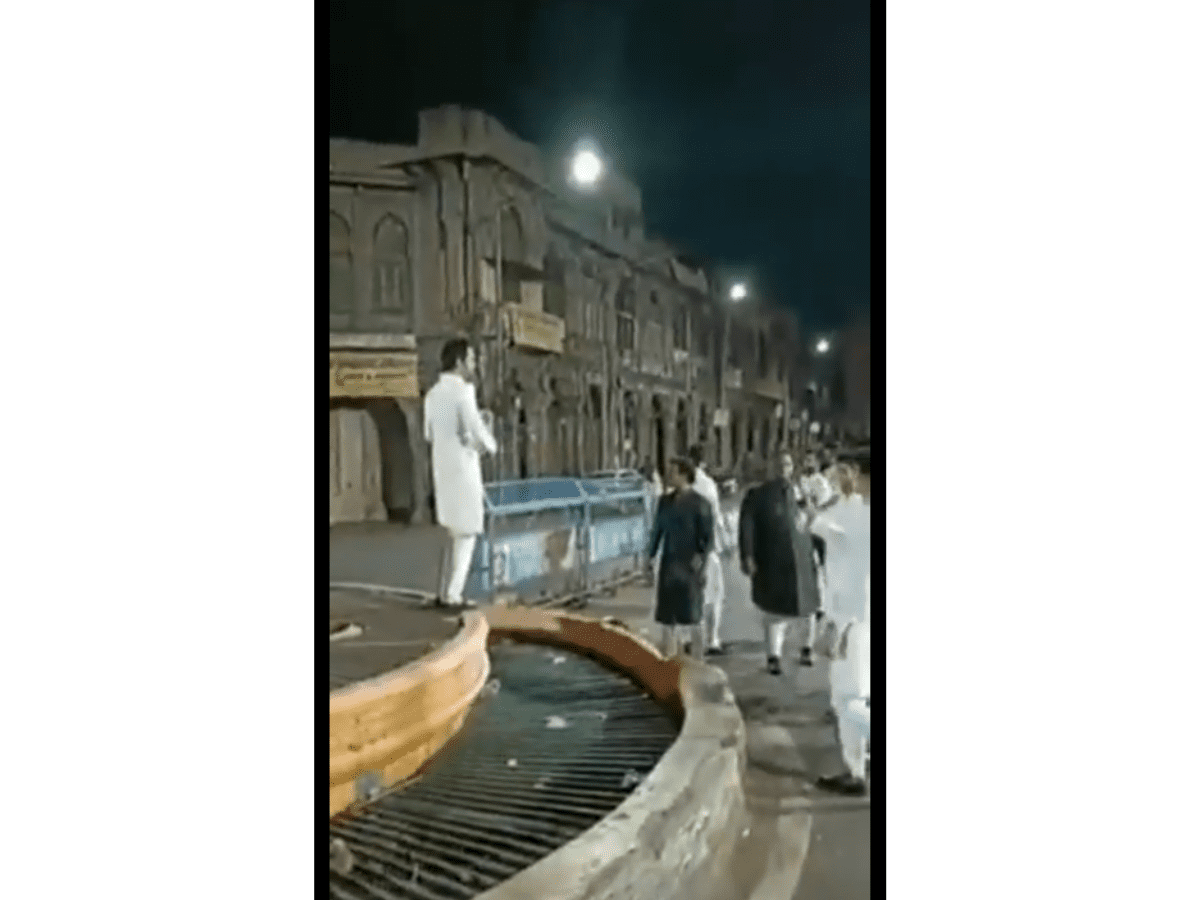 Hyderabad: Following a video of a man throwing currency notes in the air at Gulzar Houz in the dead of night, apparently during a ‘baraat’ in the Old City, the police have started an investigation.

In the video, a man who is driving alongside a fleet of cars, including one decorated with flowers specifying it could be ferrying a newlywed couple, gets down from his motorcycle at Gulzar Houz road and moves towards the fountain.

He takes out a bundle of what appears to be currency notes and throws the bills in the air. He repeats the act at least three times while those along with him film the entire action using their mobile phones. Afterwards, all the people leave the place.

The video was shared on social media platforms and soon went viral with several people sharing it on their Facebook/ Instagram accounts. People severely criticized the unruly and irresponsible behaviour of the man in tough words.

A few went to the extent of referring the video of the man throwing currency bills into the air, to the Income Tax authorities.

When contacted the Charminar police said the video is being verified. “Footages of the closed-circuit cameras are being checked to establish the identity of the persons. Suitable action will be initiated against them,” said an official of Charminar police station.

A few days ago, the Rein Bazaar police arrested around six persons for organizing a ‘mujra dance’ by hiring a group of women during a birthday party celebration.

A father had organized the function on the occasion of the birthday of his son where through video it was understood that dancers were performing obscene songs, dance moves and kissing people in front of small children In another video a man was seen dancing with a dagger to the music.