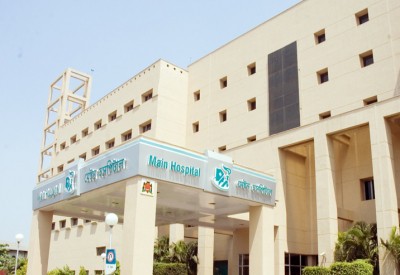 Hyderabad: A consumer court here directed Apollo Hospitals to pay Rs 10,000 to a complainant for charging registration fees, which it called an unfair trade practice. The major healthcare player was also asked to pay Rs 3,000 as costs of litigation as well. The ruling issued by the District Consumer Disputes Redressal Commission – 1, also asked Apollo Hospitals to also discontinue collecting the Rs 200 registration fee from patients forwith.

Vijay Gopal approached the commission after visiting the hospital’s Jubilee Hills branch on on June 15, 2019, to consult a doctor for his mother. He wrote in his complained that the Apollo Hospital staff insisted him to pay the Rs 200 registration fee apart from Rs 900 for the doctor’s consultation fee. He also claimed that the the hospital did not provide any receipt for the Rs 200 he had paid, which later was to be collected on 19 June, 2019 during Vijay’s second visit to the hospital.

The commission’s order, dated October 4, also noted that the Jubilee Hills branch of Apollo Hospital was also penalized by the Hyderabad GST department for issuing same bills without mentioning GST number in the invoice.

“I am glad that the court has directed the Apollo and all such other hospitals to stop this practice of Rs 200 registration fee collection and asked the Director of Medical Health to ensure this is curbed across hospitals in Hyd,” Vijay remarked. He however was disappointed that the hospital was not issued any penalty to be submitted to the court for their actions. In his petition, he asked the court to levy 10 lakhs in penalty.

“The hospital probably made millions through their restrictive trade practice, yet, no penalty was levied on them. I hope the consumer courts do more than just issuing compensation to victims, and also levy significant financial penalties on the culprits.