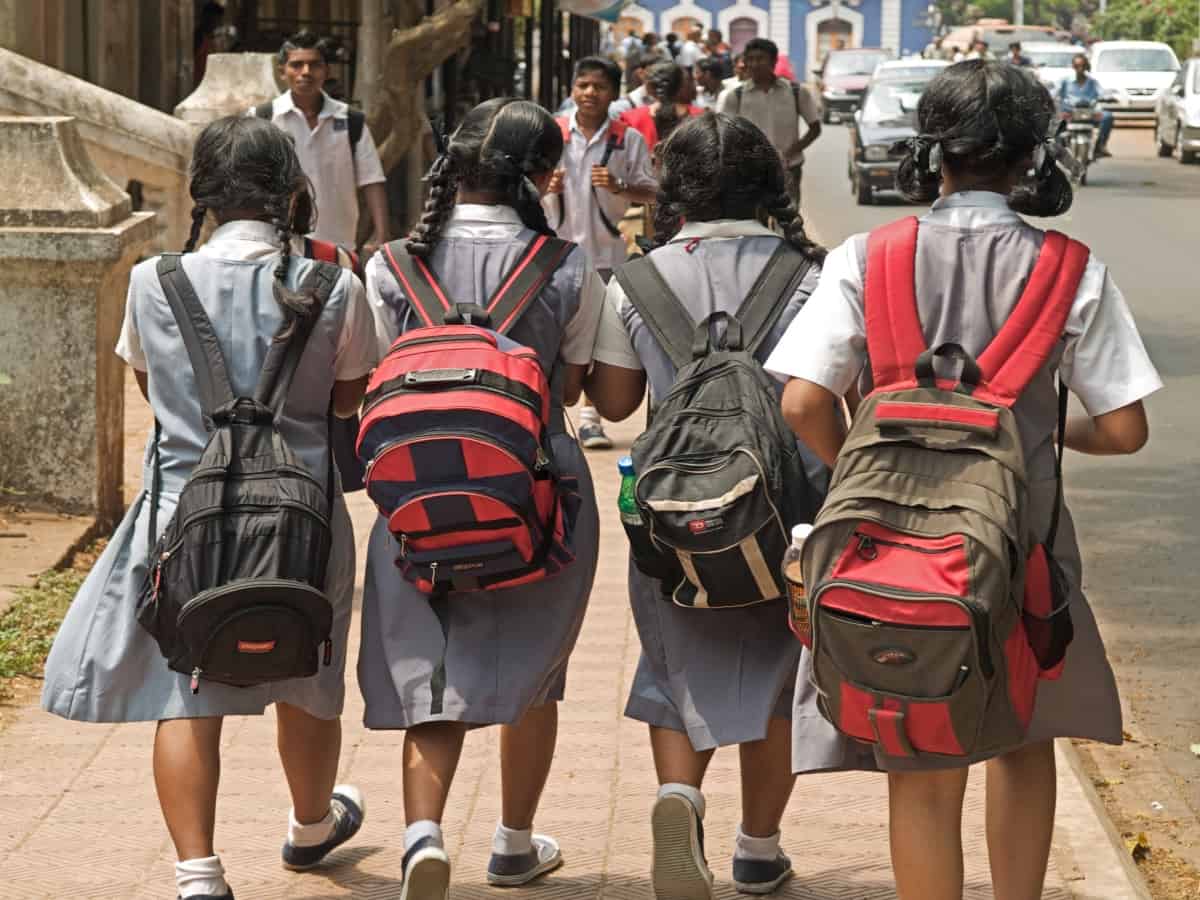 Hyderabad: Forced by severe financial hardships caused by the COVID-19 pandemic, several families in the city have been left with no choice but to take their children out of private schools and enroll them into government ones. Tough economic conditions caused by loss of jobs or salary cuts have left many parents unable to afford school fees at private institutions.

A number of government schools from around the city are seeing an uptick in new admissions this year, with half or more being children who earlier studied in private schools. Siasat.com’s reporters visited the Government City Model School (CMS) at Chaderghat, Government Girls High School (GGHS) at New Chaderghat, Bazar-E-Noor-Ul Umra Government School at Darul Shifa and the Government Public School (GPS) at Tolichowki. There was a similar situation with regard to a rise in the number of transfers from private schools.

“The primary reason for these transfers is the financial crisis that people have been facing. A lot of parents have lost their jobs and are unable to pay the high fees of the private schools. Some students come from very poor backgrounds with a parent working as daily wage workers, or as househelp to meet basic needs,” informed Ms Fehmida, a teacher from the Bazar-E-Noor-Ul Umra Government School, Darul Shifa.

An official from a public school, who did not want to be quoted, also said that a number of small scale schools in the Old City were forced to shut down due to the COVID-19 pandemic as parents were unable to clear the fees which led to salaries of teachers being reduced and delayed.

“A lot of new admissions have come from schools being shut down in the area due to the pandemic and from other private schools after being unable to pay the fees.” explained a source from GGHS. The school currently has 121 students, of which 43 are new admissions. Out of the 43 new students, 20 transfers from private schools.

A parent, who also did not want to be quoted, said that enrolling their children into government schools is the best option given that education is free there. “We have come from Kala Dera. I lost my job recently and have had to remove my child from the Hyderabad International School due to persistent demands of payment of fees. I am enrolling my daughter in this government school as the syllabus is easy and education is free of cost,” said the mother of a student from the Govt. Girls High School at New Chaderghat.

Moreover, breaking the general notion that government schools do not provide good education, the pandemic also has made parents realise otherwise. “Parents have observed that children are being provided with quality education and other facilities at no cost, including books, digital classrooms, laboratories, uniforms and mid-day meals which ensure that the child does not go hungry, relieving them of some burden,” said B. Sandhya, School Assistant, Government City Model High School.

A problem that the government schools are currently facing in the process of these transfers is that the private schools which students are leaving do not release the Bonafide and Transfer certificates due to non payment of fees. This also makes it difficult for them to be enrolled elsewhere.

“We ensure that private schools under the Charminar mandal to unenroll students from their list with the assistance of the district education officer (DEO) so that students do not miss out on their education,” added Ms B. Sandhya. She also informed that from a total of 536 students GCMHS, 126 have been newly admitted out of which 82 students have been transferred from private schools.

Government schools generally have had an attendance of over 75-100% on most days, but owing to the COVID-19 pandemic that has decreased to 50-70% as of now. Worksheets and homework are being sent to those who prefer online classes due to the fear of the disease, said teachers from state-run schools.

The Government Public School (GPS) at Tolichowki for example, has noted a rise in the number of transfers from private schools this year after the COVID-19 pandemic. In 2020, the school saw 173 new admissions. This year in total, the number of admissions have gone up to 335, informed an official from the school.