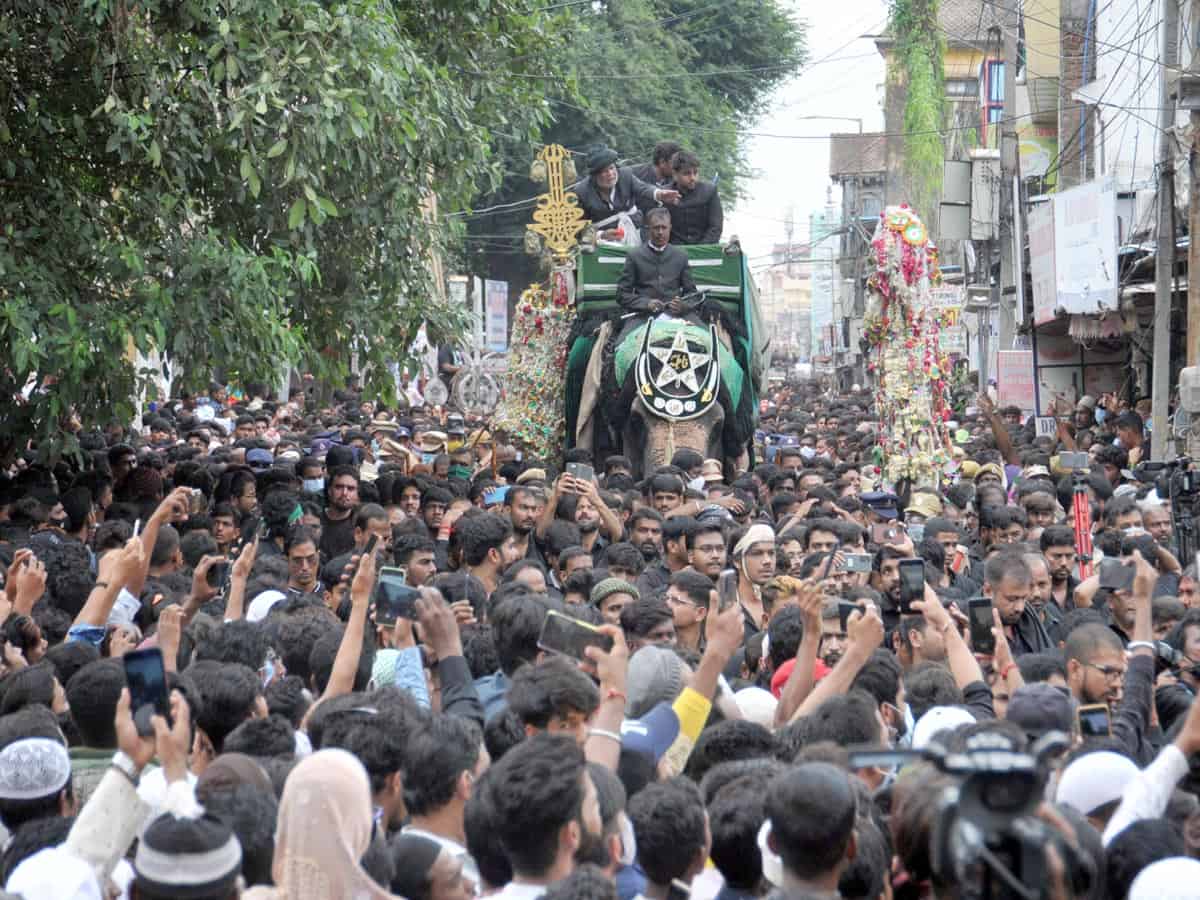 Hyderabad: City Police Commissioner CV Anand met with representatives of the Shia community at Salarjung Museum to coordinate preparations for “Yaum-e-Ashura,” which will be commemorated on August 8 and 9. He solicited their input on the security, traffic, and other arrangements.

The city police have had internal meetings and discussed elaborate bandobast arrangements. Along with rapid action force, police platoons SHE teams will be deployed to keep the eve teasers at bay.

Hyderabad: Ashurkhanas to be repaired ahead of Muharram procession

The city police chief said that most of the concerns raised by the community members in the previous meeting were resolved. He apprised them about the G.O. issued by the Telangana government to provide an elephant for the procession and urged them to take measures for the rest and safety of the animal.

He suggested bringing the elephant 2-3 days prior to the procession day so that it gets good rest and acclimatised. Police also suggested maintaining a strict perimeter around it during the procession and opined that a veterinary doctor and tranquiliser should be available.

Thousands of Shia Muslims will take part in the mourning procession, a 400-year-old tradition marking the martyrdom of Imam Hussain, starting from Bibi-ka-Alam, Dabeerpura and passing through Charminar-Gulzar house, Purani Havel, Darulshifa before ending at Chaderghat.

Traffic diversion plan and parking spaces will be notified soon and senior officers from the traffic wing will be stationed to closely monitor the procession.

To facilitate hassle-free movement of the massive procession which will start from Bibi ka Alawa in Dabeerpura with the Alam or insignia of the martyrs kept on a decorated elephant.

“As this is a mourning procession to express solidarity and a time to remember the great sacrifices of Imam Hussain, let us do it with our hearts rather than trying to dominate one another,“ Anand said referring candidly to the infighting amongst the groups which is causing disquiet and issues for law and order.

“Ambulances, medical teams and emergency kits will be on standby,” he added.