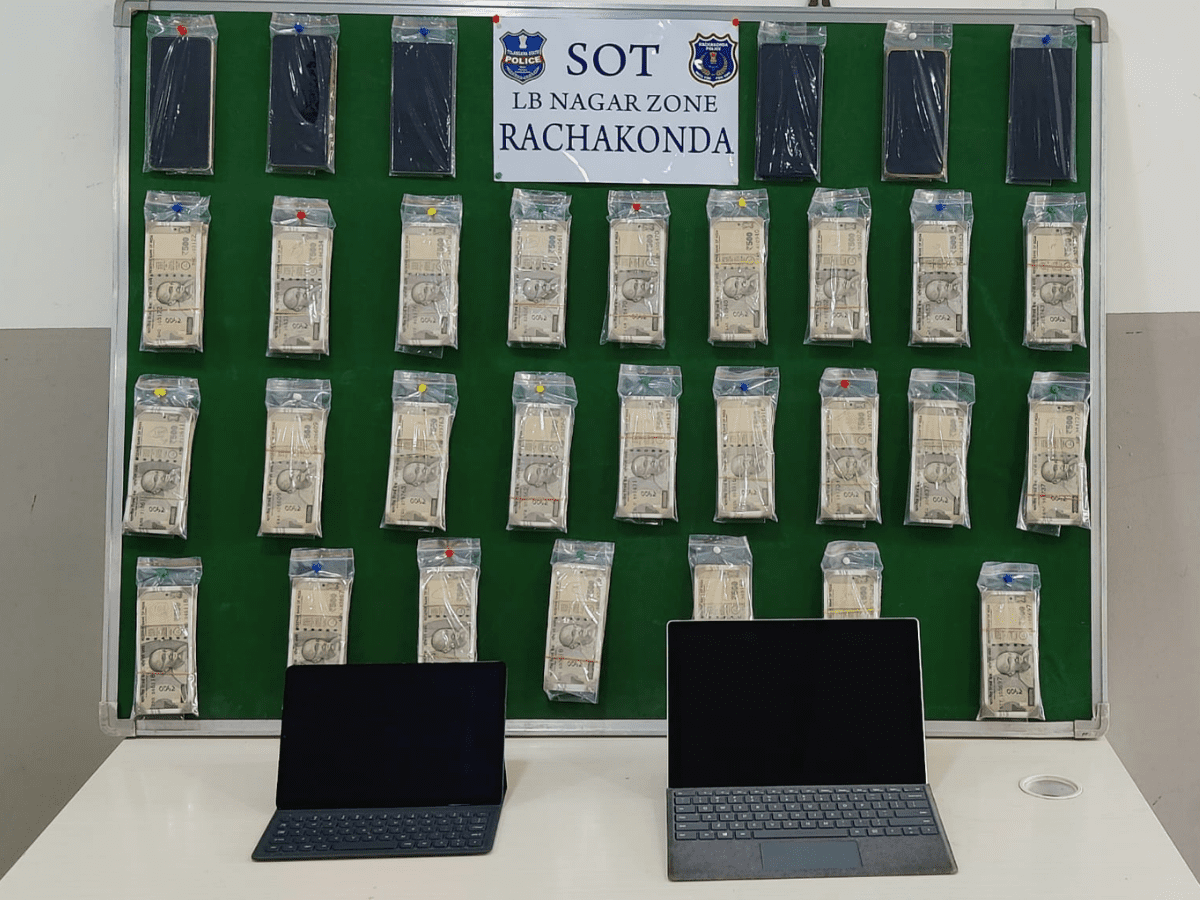 Hyderabad: Five people were arrested for operating a cricket betting racket by a Special Operations Team (SOT) in the city, on Saturday. Cash worth Rupees 12,50,000 was seized, and an amount worth Rs 96,78,766 was frozen across various bank accounts in connection with the racket.

The five accused are Devineni Chakravarthy (50) who is the main organizer and a bookie, Vemulaparthy Harish (35) sub-bookie, Chenreddy Suresh Reddy (52) one of the punters, Saama Jaipal Reddy (42) second punter, Shaik Asif Pasha (35), third punter. Two others involved in the racket are absconding at the moment.

The SOT caught the accused at their place of residence based on a tip-off. The team confiscated a Hyundai Creta, one laptop, one Samsung tab, seven mobile phones and other incriminating material from their possession. The team also traced Rs 96,78,766 in eight various bank accounts belonging to the main organizer, D Chakravarthy.