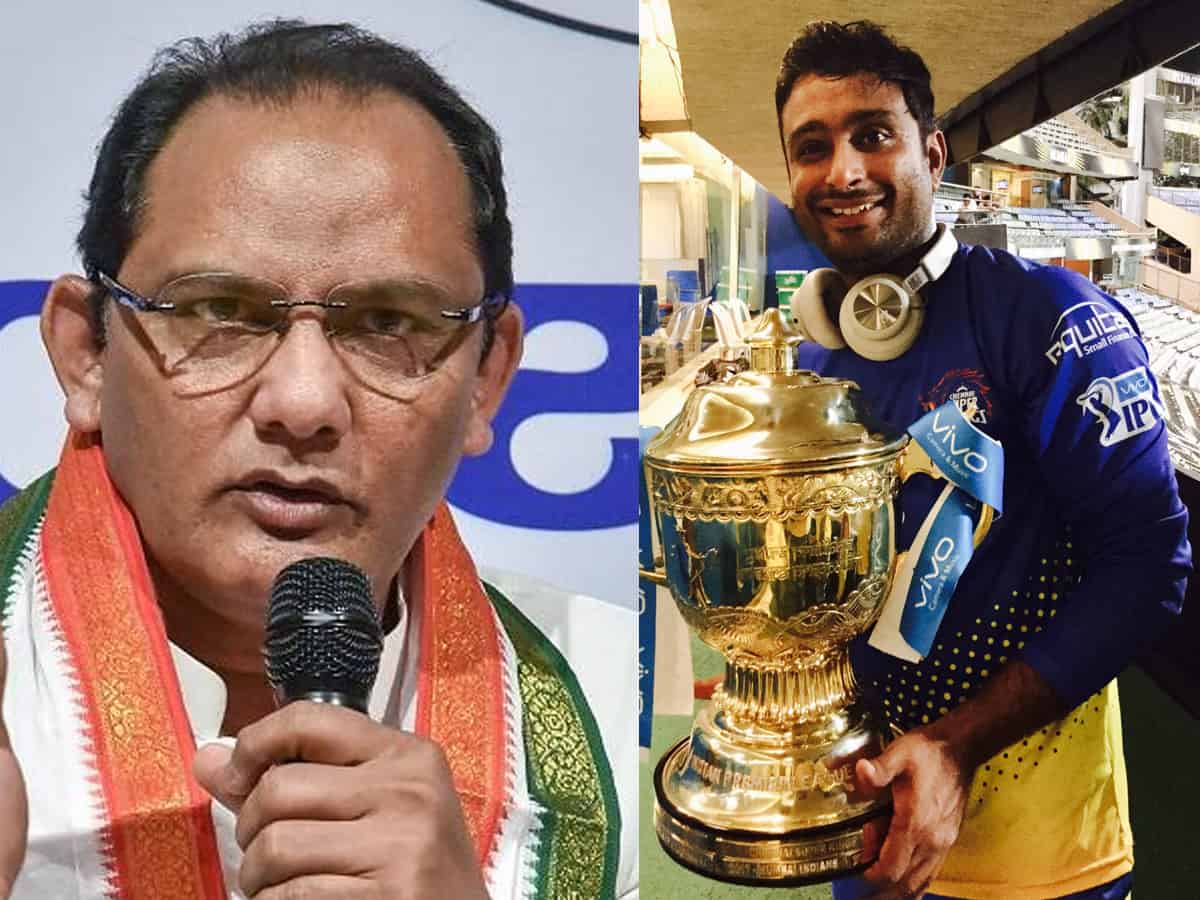 Hyderabad:  Hyderabad cricket which was once a force to reckon with throughout the country, has been sliding steadily and has now hit rock bottom in many ways. The reasons are many. Nepotism, corruption and wrong selection policies have ruined the development of the game in the state. At present the reputation of the Hyderabad state body is in tatters.

How many promising careers will be sacrificed before the greed of some men who are misusing their power is satisfied? There is a sense of deep frustration and anger boiling in the minds of many parents and coaches who are finding that their children and wards are unable to make progress because those who have connections and money power are using devious methods to reach their objective.

Today Hyderabad cricket is a house divided. Respected former players such as Vivek Jaisimha, Kawaljit Singh and Saad bin Jung who had carried the fortunes of the team on their shoulders, have also expressed their deep sense of anguish at the way cricket is being managed. It is difficult to believe that the top brass of the HCA is unaware of the rot that has set in and demoralised the young players.

Vivek Jaisimha had written to the BCCI expressing unhappiness at the way the selectors were being sidelined and even being coerced into including some undeserving names in the team list. He had brought out the malpractices into the open. This was more than a year ago.

Since then the problem has increased instead of decreasing. Clearly the situation calls for very strong and determined steps to uproot the malady. The role of money in the league championships and in the selection of teams, is an open secret now. But the question is, who will bell the cat?

All are not corrupt. There still are officials who are doing their duty sincerely and honestly. But there are also some who are rotten apples and they are spoiling the entire basket. This is especially true of the mismanagement at the lower levels. There seems to be a nexus between club officials and crooked elements within the administrative framework who have ensured that some unworthy players were included in the teams.

A former league player has stated that anything up to Rs.25,000 was being charged for playing in the HCA leagues. Later at every stage of progress, a system of payment can be used whereby a mediocre player can hope to pay his way right up to the point of representing the state at different levels and tournaments.

The rot had set in many years ago but it has become steadily worse. States which have performed well in domestic cricket have encouraged their talented players at different levels but in Hyderabad the opposite seems to have been done. It may be recalled that Ambati Rayudu and Hanuma Vihari had moved away from Hyderabad to develop their careers.

Even before this happened, there were already indications that Hyderabad cricket was in the doldrums. But instead of heeding the warning signals and pulling up its socks, the cricket administrators in Hyderabad have allowed the game to slide further into the quagmire till the situation has now reached an extremely dire position. Now questions are being raised and the HCA has only itself to blame for the mess that prevails.

When former Test cricketer and India captain Md. Azharuddin was elected the President of the HCA after having overcome the match fixing charges that had brought his playing career to a premature end, there were expectations on all sides. But the situation is such that drastic remedies are required. It needs out of the box thinking and a charismatic leadership which Azhar has not been able to provide yet. Azhar should have at once initiated strong measures but this has not been seen so far.

Among those who hoped for a bright new start was Rayudu himself who had urged Azhar to keep away the seasoned crooks and end the rampant corruption within the HCA. Rayudu had even brought the misdeeds to the attention of Mr. K.T.Rama Rao. He had indicated the extent of corruption in the HCA had asked the TRS leader to take immediate steps to repair the damage that had been done.

But Rayudu was branded a frustrated cricketer. So far, little has been accomplished on the corruption front. Instead the issue has now brought up renewed controversies and setbacks. The old allegations against Azharuddin have been raised again and he seems headed for more trouble going by recent indications. The Telangana Cricket Association has plans to bring to the notice of the central government the malpractices of the incumbent body of the HCA and plead that the cases against Azharuddin be given a fresh look.

The TCS office bearers have also stated that the HCA has been regularly flouting the recommendations of the Lodha committee which was set up to cleanse irregularities in the sport. However, in this respect the HCA example is not an isolated case. There are many sports bodies which have paid lip service to the Lodha Committee recommendations and they have managed to get away with it.

So corruption and politics have ruined the chances of many talented young cricketers from Hyderabad. It is the short sighted people with money in their pockets and short term goals in their minds who have been able to take advantage of the situation. They are willing to shell out money in lakhs to have their children play in the teams and get the tag of being a state player at some level or the other.

They are aware that this tag will enable the boys to get precedence while applying for jobs or while taking admission in higher level educational institutions. Those parents who are willing to fall in line, look at the expense as yet another investment to make their children capable of gaining admission to higher level courses or apply for plum jobs. The long term career building in cricket is not the aim or objective at all.

One thing is clear. If matters are not immediately addressed and the damage repaired, Hyderabad cricket seems doomed. A few decades ago Hyderabad football had met with the same fate. There was a time when Hyderabad had been considered the nursery of Indian football. But sad to say, it has become a lowly rated entity and failed on all fronts due to politics within the Andhra Pradesh Football Association.

If cricket is to be rescued then the HCA must pull up its socks, stop the malpractices and do some honest soul searching. Transparency and clarity must be brought into the selection process and talent must be given precedence over money. Whether the present lot of administrators have the ability and the determination to bring it about will only be known in the months to come.