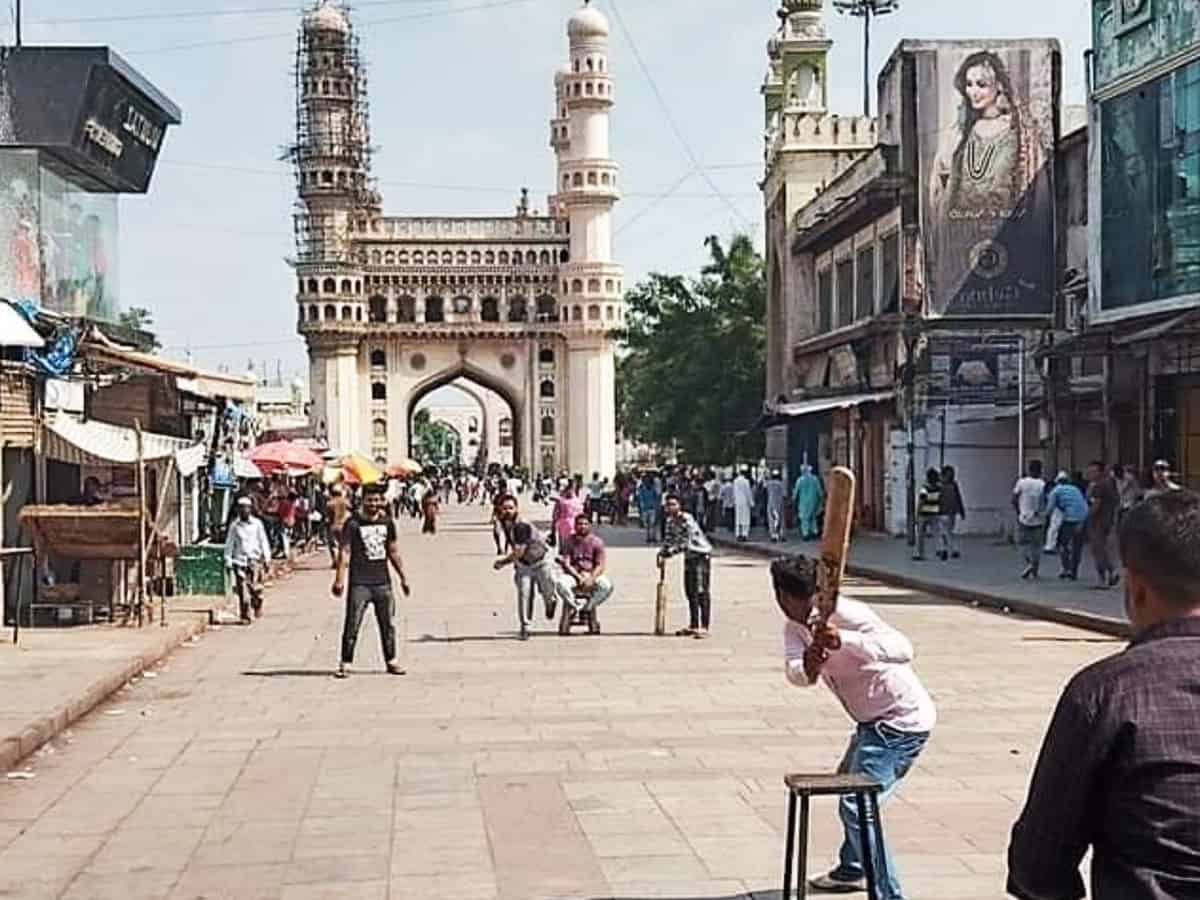 The steady decline of Hyderabad’s status in Indian cricket is worrisome and does not bode well for the future. The history of Hyderabad cricket goes back a long way and is studded with brilliant performances by the leading players from this region. From being an important centre for cricket in India, Hyderabad is now facing the ignominy of being overtaken by much smaller cities which do not have the grand tradition and reputation of Hyderabad.

For example, the very first century in the Ranji trophy championship was recorded by a Hyderabadi named Syed Mohammed Hadi who was often called the Rainbow Man of Hyderabad because of his multifaceted sports talents.

During the very first Ranji trophy season, in the third match which was between Hyderabad and Madras, the host team won the toss and decided to bat. The match was being played at the Gymkhana ground in Secunderabad which was then the main cricket venue in the twin cities.

Although Hyderabad reached a good score of 256, the opponents took the first innings lead by scoring 301. In the second innings Hyderabad began badly by losing three wickets for a total of 12. It was then that Hadi walked in and massacred the Madras bowlers. He rattled up 132 in the team’s total of 227 thus becoming the first batsman to score a century in the Ranji trophy championship. His knock helped Hyderabad to win the match by 13 runs.

In those days, Hyderabad was a team that was considered formidable by opponents from all over India. Apart from Hadi, there was also the team captain Syed Mohammed Hussain who was a very sound batsman and rarely failed to get runs. In bowling, Tata Rao who took eight wickets for 73 runs against Madras, was capable of skittling out the best batters in India.

Later Hyderabad produced top level cricketers and it was no surprise when Hyderabad won the Ranji trophy in the 1937-38 season by defeating a strong outfit from Nawanagar in the final. Nawanagar had won the trophy the previous year but Hyderabad dashed their hopes of a second victory.

In 1939 the immensely talented Ghulam Ahmed ruled the roost for ten whole years and there was no one who could challenge him for a decade. He was made captain of India in 1955 against New Zealand and later against West Indies. In 1971 there were five players from Hyderabad in the Indian team which toured the West Indies and chalked up India’s first ever series win in the Caribbean islands.

But those days have long gone. After the departure of M L Jaisimha and his contemporaries, Hyderabad has descended to abysmal depths. In between there were Shivlal Yadav, Arshad Ayub, Venkatapathy Raju, Md. Azharuddin, V V S Laxman who kept Hyderabad’s name alive but now there is just a solitary player holding aloft the nation’s flag. Thanks to his individual brilliance, Mohammed Siraj has found a place in the Indian team but the unending flow of talent has dried up.

It is not just players who have stopped coming up. Hyderabad’s famous tournament, the Moin-ud-Dowla Gold Cup, which used to be India’s first competition in the cricket season every year, has now disappeared from the cricket fixtures.

In 1930 Nawab Moin-ud-Dowla donated the trophy to be fought for by a team from Hyderabad and other teams which were invited.  Almost all of India’s best players including India’s first ever Test captain C.K. Nayudu, Vijay Merchant and Amar Singh took part in the tournament which was accorded first class status. Even famed English players such as Jack Hobbs and Herbert Sutcliffe (the world’s best opening pair) played in the event as well as Hedley Verity who dismissed even Don Bradman several times.

Even in the 1970s and 1980s the tournament was an important one. Kapil Dev, Sunil Gavaskar, Ajit Wadekar, G.R. Viswanath and many others took part.

So Hyderabad was once an important centre of cricket but now it has been denied the chance to host even one single international match till mid 2022. The BCCI has decided not to allot any matches to Hyderabad due to the unpleasant record of infighting that Hyderabad has seen for more than a year. No less than 21 international matches will be held between November 2021 and June 2022 but Hyderabad fans will not see any of these in their own city.

When Mohammed Azharuddin assumed charge as President of the HCA, it was hoped that things would improve. But instead matters went from bad to worse. Azhar and his team of office bearers became involved in a war of words and mud-slinging that pushed Hyderabad further into the mire. Although there has been peace for about two months, it is high time that both sides work seriously to repair the damage and restore the image of Hyderabad.

One way to improve Hyderabad’s present level is to reopen the HCA’s Cricket Academy of Excellence which had yielded positive results. There is an urgent need to give direction and hope to the youth of Hyderabad who want to pursue cricket as a career and who have the talent to excel at it.

Former players like Narasimha Rao, Kawaljit Singh, Noel David and others can be called up again to serve the academy. The sooner the academy is revived, the better it will be for the future of Hyderabad cricket. It is difficult to believe that the talent that once adorned the clubs and colleges of Hyderabad has disappeared for good. The need of the hour is a push for a positive outlook and a new beginning towards developing and encouraging the youth of the twin cities.