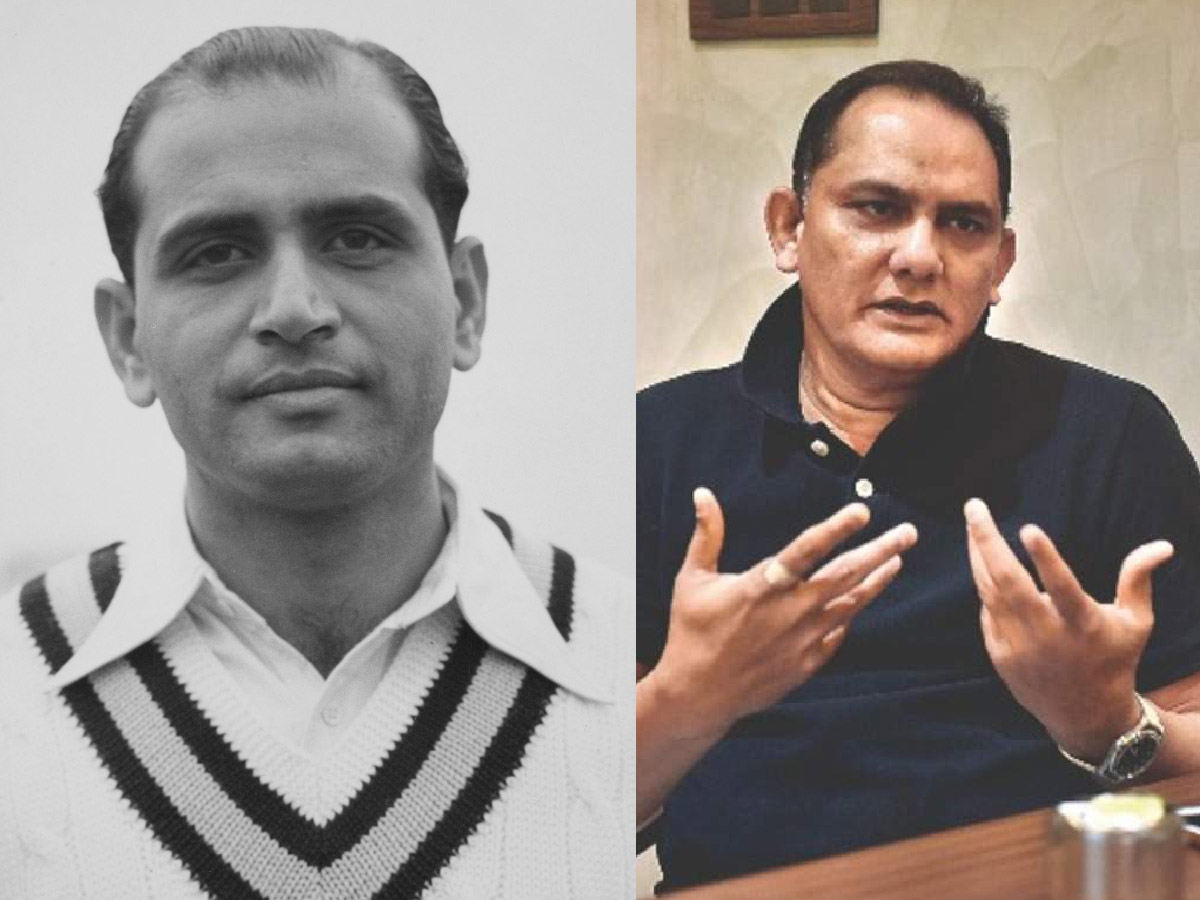 The memories of Ghulam Ahmed and his outstanding achievements can never fade from the minds of all those who knew him. Players and administrators who interacted with him remember his sterling qualities, good nature and impeccable conduct. On his 100th birth anniversary, to get a few comments from leading sports personalities who used to know him well, siasat.com spoke to some top names of Hyderabad sports circles.

“It gives me great pleasure to know that Ghulam Ahmed Sir’s 100th birth anniversary is today. He was a towering personality. When I was in school I was in awe of Ghulam Ahmed sir,” said former Indian team captain and now HCA President Mohammed Azharuddin. “Whenever I was at the Lal Bahadur stadium, I used to see him sitting at one end of the ground with his colleagues. I was so scared that I did not want to go close to them. From afar I would watch them with great respect,” said Azhar.

“He was a shining beacon for us youngsters. We could realise the importance and value of everything that he had accomplished and it inspired us. When I began playing Test cricket he was a selector and it was then that I had the courage to talk to him. He was always very kind and helpful. He gave me advice on so many matters. His biggest asset was that he was a very knowledgeable person. It was not just cricket that he knew. He had a good grasp of many things in life,” said Azhar.

“He was respected and revered all over India. We Hyderabadis should count ourselves lucky that we had a person like him among our midst to inspire us and guide us. It was Ghulam sir’s blessings and guidance that helped me to become (after him) the second captain of India from Hyderabad. I am humbled whenever I think of that. I have immense respect and goodwill for Ghulam sir and spending time with him is an experience that I will never forget in my life,” said Azhar.

Imran Mirza, father of Sania Mirza is distantly related to Ghulam Ahmed from his father’s side but more closely so from his mother’s side. He gave a few wonderful glimpses into the life of Ghulam Ahmed. “My father and Ghulam uncle were childhood friends. After my father passed away when I was in my late teens, he became like a father figure to me. His personality was like that. He was always there to support and guide youngsters. He did the same for M.L. Jaisimha too. When my daughter Sania began her tennis career, he encouraged her abundantly. When I was young, initially I was in awe of him but we soon became like friends. There was no generation gap. I used to spend a lot of time in his house, especially the weekends. He loved to watch movies and we used to go for night shows,” said Imran.

“The surprising thing is that he liked to watch action films. Especially the ones which had lots of fight scenes (what we used to call dhishum-dhishum scenes). It was so much against his normal character that it was funny. He was a very sober and disciplined man but when it came to films, he loved to watch the fighting and shooting,” said Imran with a laugh.

“Then he was a connoisseur of good food. He never ate a lot but whatever little he ate, he wanted it to be cooked well. He relished dishes that were cooked with care and perfection. He had no favourite dish as such. It was not that he was excessively fond of biryani or anything. But all that he wanted was that the dish should be well cooked and tasty,” said Imran.

“Another thing that I admired about him was that he always stayed true to his principles. If my friends and I visited him in his office, he would order tea and snacks for us. But he always paid from his own pocket, it was never at his office’s expense. He was scrupulously honest in that way. His most significant asset was his helpful nature. If anyone was in any difficulty, they would go to him. Be it a family member or a cricket player, he would figure out a way to solve the problem. We don’t see men like him nowadays. I miss him very much,” said Imran.

Mr. P.R. Man Singh who is one of the most experienced administrators of cricket in Hyderabad and perhaps in all of India too, considers Ghulam Ahmed his guru. “He was my mentor and a pillar of strength for all of us. Ghulam sahib groomed me as a cricket administrator and saw to it that I got all the breaks. Thanks to his help I was able to get both domestic and international assignments which gave me the opportunities to prove my mettle. I am proud to have had Ghulam sahib as my guru and mentor. The vast knowledge that he had gained as captain of the Indian team, Secretary and Vice President of the BCCI and Secretary and Vice President of the HCA, he imparted to me and I learnt everything from him,” said Man Singh.

Senior cricketers and captains like Shivlal Yadav, Arshad Ayub and others spoke highly about Ghulam Ahmed. “It was he who shone the guiding light for all others who followed in his footsteps. All of us in Hyderabad owe him a debt of gratitude,” said Shivlal.