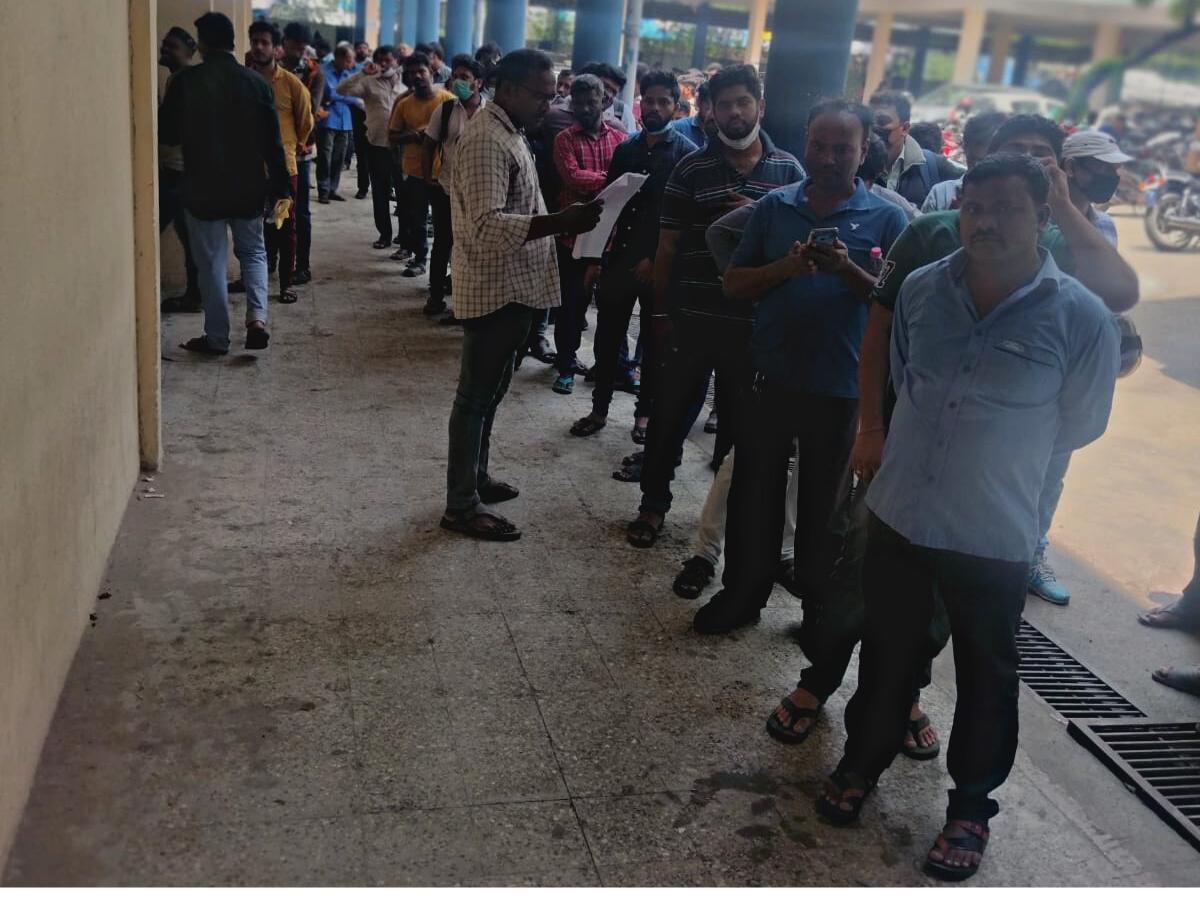 Hyderabad: A sea of men queued up on Tuesday at the new Nampally criminal court near the Exhibition Grounds. All of them waiting to pay-off their challans for drunken driving. Inside the court complex, each of these men wore a look of mild boredom, waiting to get done and get back to their day-to-day lives.

All the men were booked in different parts of Hyderabad across various police stations. Their Aadhar card, driving license, and registration certificates along with their vehicles were seized by the police. Further, photographs of these men were taken by the cops as part of data collection.

This is hardly a new occurrence and has been a routine procedure for a while now in Hyderabad. While civilians were assured that they would get their documents and vehicles back, the question which crops up yet again is: Can the photograph and Aadhar details (and other data) of these individuals be misused? By the state or by anyone else for that matter.

Why photograph for petty offenses?

Earlier, under the Identification of Prisoners Act, 1920 police could collect physical and biological samples (or data). It included retina and iris scans of convicted, arrested, and detained persons. No biometrics were accessed by the Hyderabad police in this case. However, all the men Siasat.com spoke to, noted that their photographs were taken.

“It isn’t clear why photographs are being taken for a petty offence like drunken driving. What is however known is that the state is collecting more and more data. It is unclear in what unknown ways they plan on using it,” remarked Srinivas Kodali, an independent privacy researcher after learning of this.

A similar concern was flagged by human rights activist SQ Masood from Hyderabad. “Despite the petty natures of these crimes, their photographs and Aadhar details were taken. The current worry is that the Criminal Procedure (Identification) Bill, 2022 empowers police officials to collect samples (biological and physical) of convicted, arrested, and detained persons,” he said.

What this essentially amounts to is that the data of all these men held responsible for drunken driving in Hyderabad will be preserved. This would firstly constitute a huge invasion of privacy. Further, would grant a license to the Hyderabad police to view any individual as a criminal.

However, it is worth noting that the invasion of privacy and collection of Aadhar details (and other data)had little to no effect on the individuals in question. Most civilians are simply unaware of the issues of sharing their personal data with governmental or other organisations.

“Abhi government pe bharosa karna padta. Unpe bharosa nai karsakte to awaam ko awaaz uthana padta, (One has to trust the government now. If not, the public will have to raise its voice),” remarked Mohammed Mohsin Ahmed laughingly, a resident of Hyderabad.

Ahmed, a social worker, also from Hyderabad, was waiting in line along with scores of others. His Aadhar and license was seized by the Dabeerpura police and he was assured that he would get them back once he paid his challan. Like Ahmed, others in the crowd were nonchalant about their data being collected.

Chandrashekar, also arrested for drunken driving, held a similar view about data collection. “My Aadhar and license are at Falaknuma police station. I am not concerned about the Hyderabad police taking down my details. They are just doing their job,” he stated.

Kodali and countless other activists still, however, remain skeptical. The Hyderabad police has also been on the forefront in collecting data for offences. It is a common sight for one to find cops clicking pictures of people for petty offences like smoking in public.

“At the moment the data is being poured into the Hyderabad Commissionerate. The police are not informing people why the data is being collected even for petty offenses and what they plan on doing with it. This itself should be worrisome,” Kodali concluded.