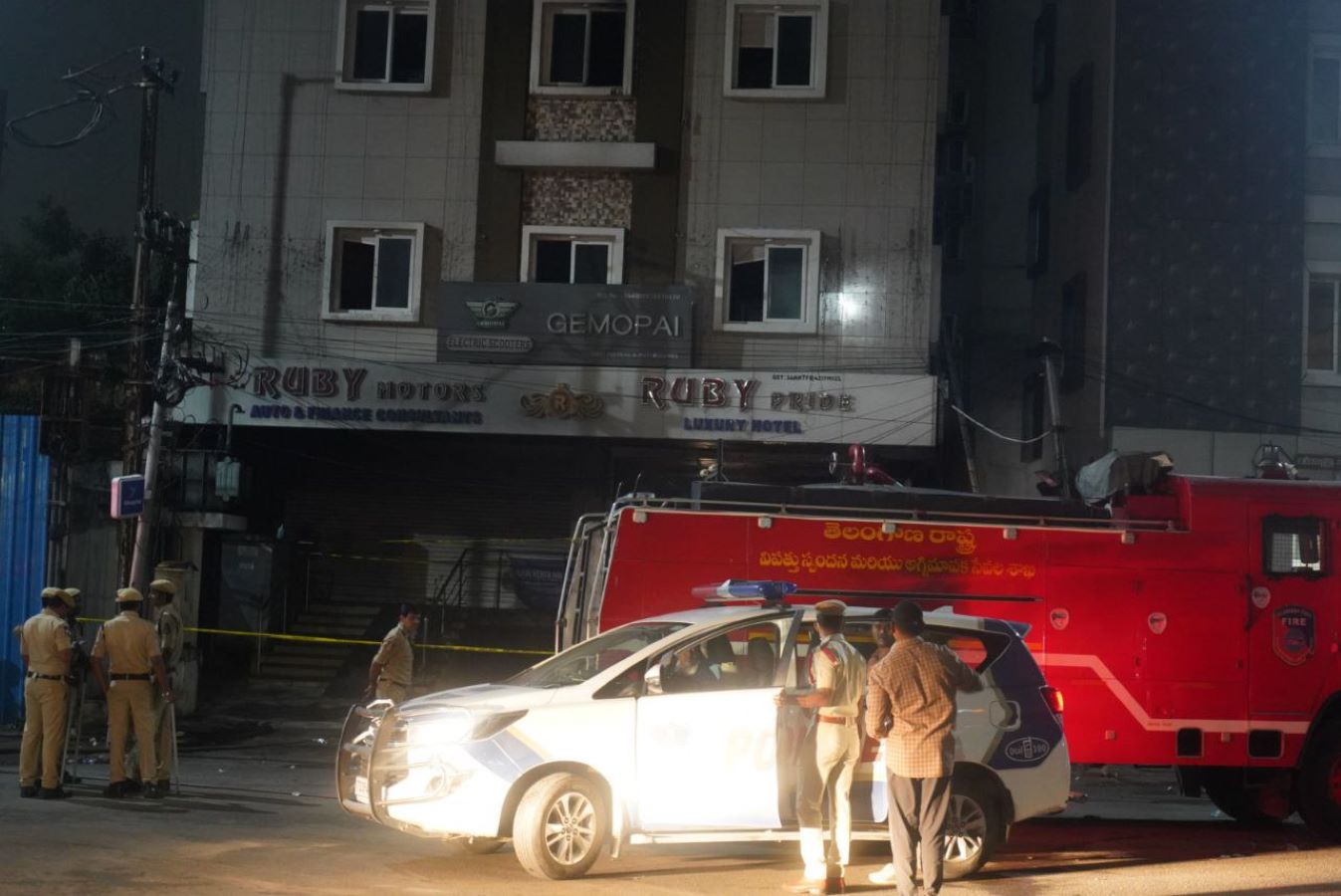 Hyderabad: The death toll in a fire that broke out in a building in the Monda Market area of Secunderabad reached eight on Tuesday.

In the fire that broke out in an e-bike showroom on the ground floor of the building and spread to a lodge on the upper floor on Monday night, several persons got injured. The injured were shifted to Gandhi and Yashoda hospitals nearby for treatment.

According to Chandana Deepti, DCP, North Zone, Hyderabad, the death toll that was seven last night jumped to eight.

Hyderabad Police confirmed that the fire broke out at the charging unit of the e-bike showroom. Following this, people on the upper floors got trapped in smoke.

Several fire tenders rushed to the spot to put the fire in control. Police reached the spot and evacuated people.

“Very unfortunate incident. Fire brigade teams tried their best to rescue people from the lodge but due to heavy smoke, some people died. Some people were rescued from the lodge. We are probing how the incident happened,” the Minister said.