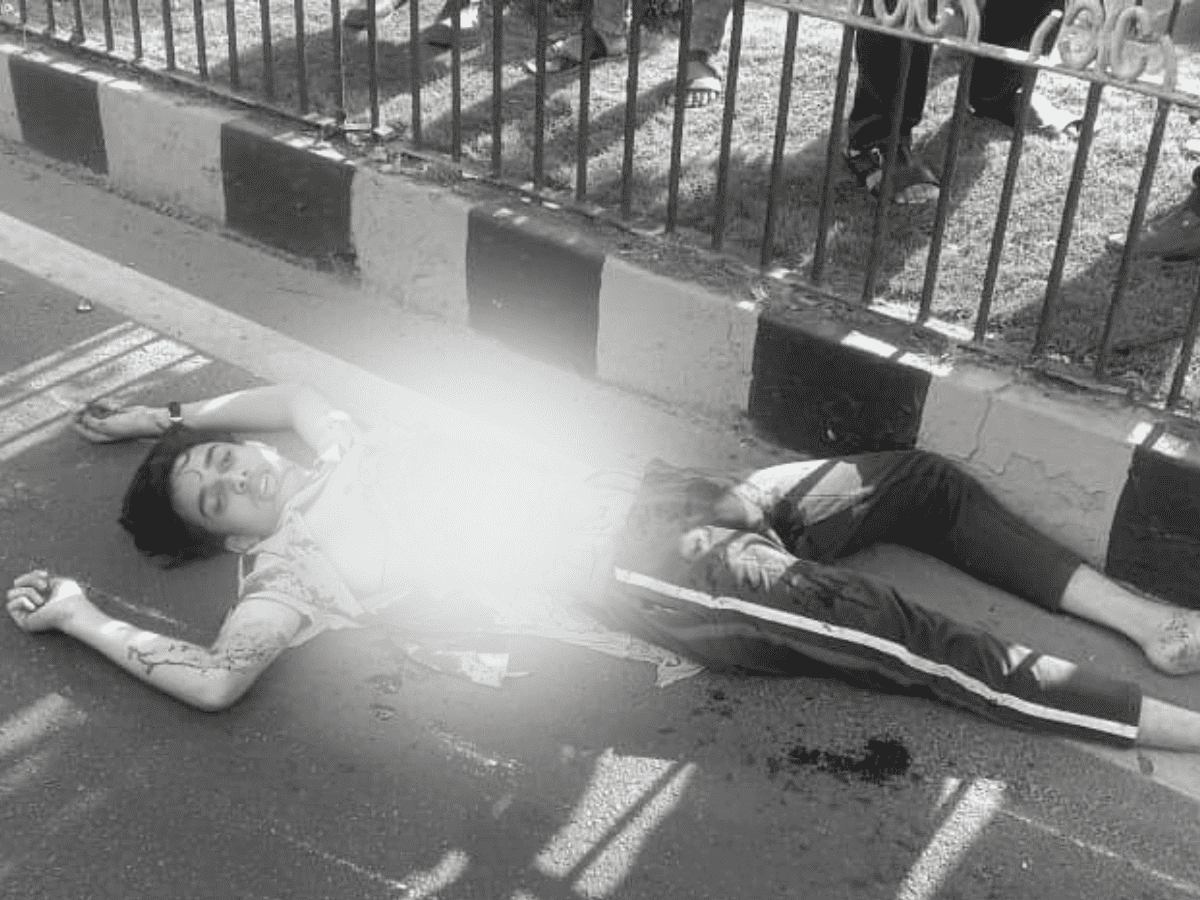 Hyderabad: Following the accident at Raj Bhavan road where a teenager lost his life on Wednesday after iron rods erected on the road divider pierced his body, the citizens are demanding the authorities replace it.

The victim Abdul Rahman alias Shoaib (17) a resident of B S Maqtha in Begumpet was going along with his friend Aslam Bin Ahmed (12) on a Yamaha RX 100 from Begumpet towards Khairatabad on Wednesday afternoon when Shoaib fell directly on the sharp-edged iron fencing on the road divider in front of Raj Bhavan.

The sharp-edged rods pierced his body resulting in severe wounds, subsequently, he died of the blood loss, the Punjagutta police had maintained.

After the incident, an uproar is going on on social media with several persons asking the GHMC authorities to immediately replace the iron rod fencing from the road dividers in the interest of the safety of the road users.

TPCC Spokesperson Dasoju Sravan brought the issue to the notice of GHMC authorities “Gruesome accident near Raj Bhavan due to sharp-edged iron divider. Request you to please replace it with a concrete divider wall to avoid fatal accidents in future,” he wrote.

Charan, another citizen suggested, “Need of the hour, such sharp-edged dividers should be removed throughout Hyderabad if they exist in other areas too.”

A similar road divider exists between Chandrayangutta junction and Falaknuma Bridge stretch. “Small accidents did occur and people sustained injuries after falling on the iron fence. Authorities should immediately remove it,” said Mohd Farooq, a resident of Falaknuma.

Between the Madina Building stretches also finds such iron fence dividers which are dangerous. Similarly, around various road medians in the city, an iron fence with sharp edges exists to prevent cattle from straying and eating the greenery.

The citizens suggest the traffic police should immediately remove such a road divider with the help of GHMC authorities after identifying it.