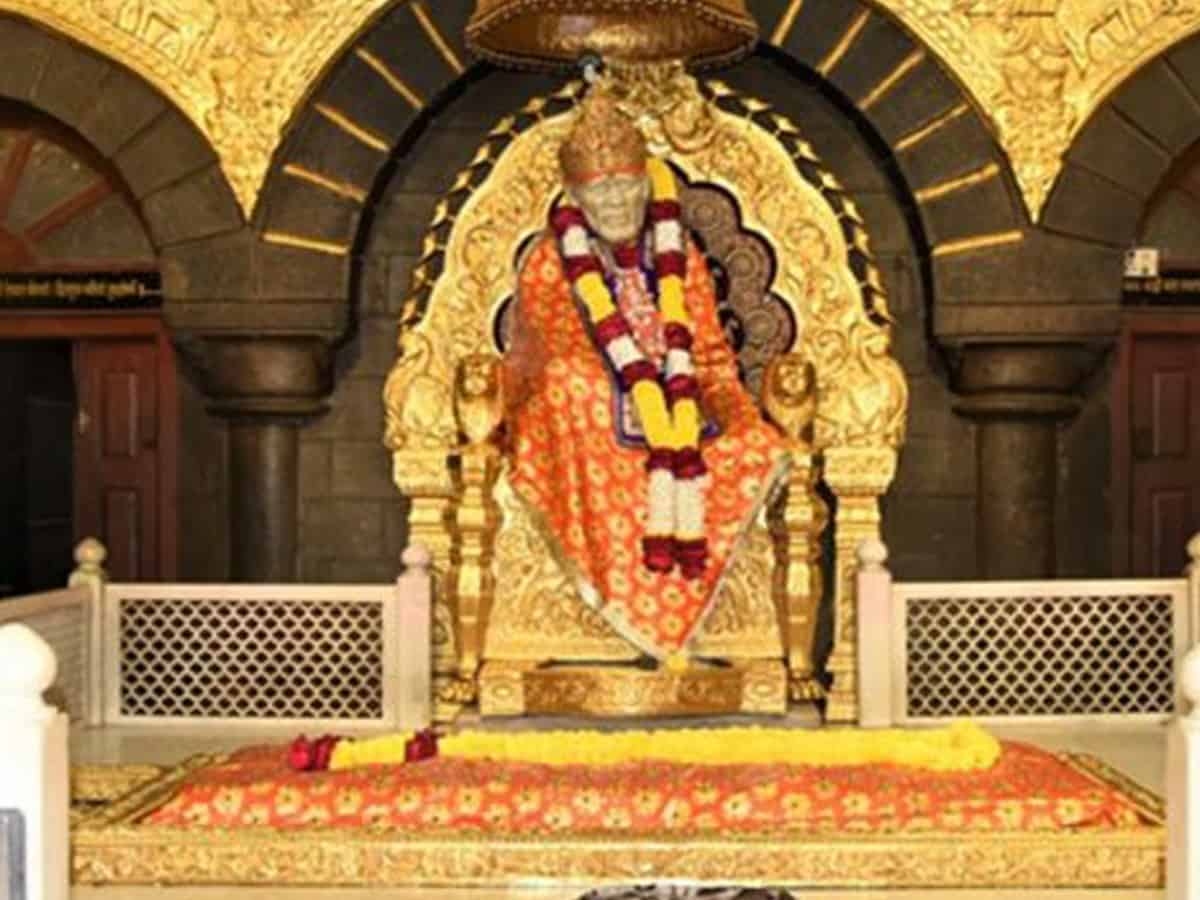 Shirdi: An 80-year-old doctor from Hyderabad on Friday donated a gold crown worth Rs 33 lakh to the famous Saibaba Temple in Shirdi town of Maharashtra, an official from the trust managing the shrine said.

Speaking to reporters here, Dr Manda Ramkrishna, who donated the ornament, said he had visited Shirdi with his wife in 1992, and at the time a temple priest had shown them a crown of Saibaba, and urged them to donate a similar one.

“As I did not have the required money for the crown then, I had given a word to my wife that we would donate a gold crown to Saibaba,” he said.

However, Dr Ramkrishna’s wife was not there to see her husband fulfilling his promise as she died years ago.

“After retirement, I continued my practice in America for 15 years and using the money earned there, I have now offered the gold crown at Saibaba’s feet,” he said.

Dr Ramkrishna held a photograph of his wife while donating the crown at the temple, one of the richest shrines in the country, located in Ahmednagar district.