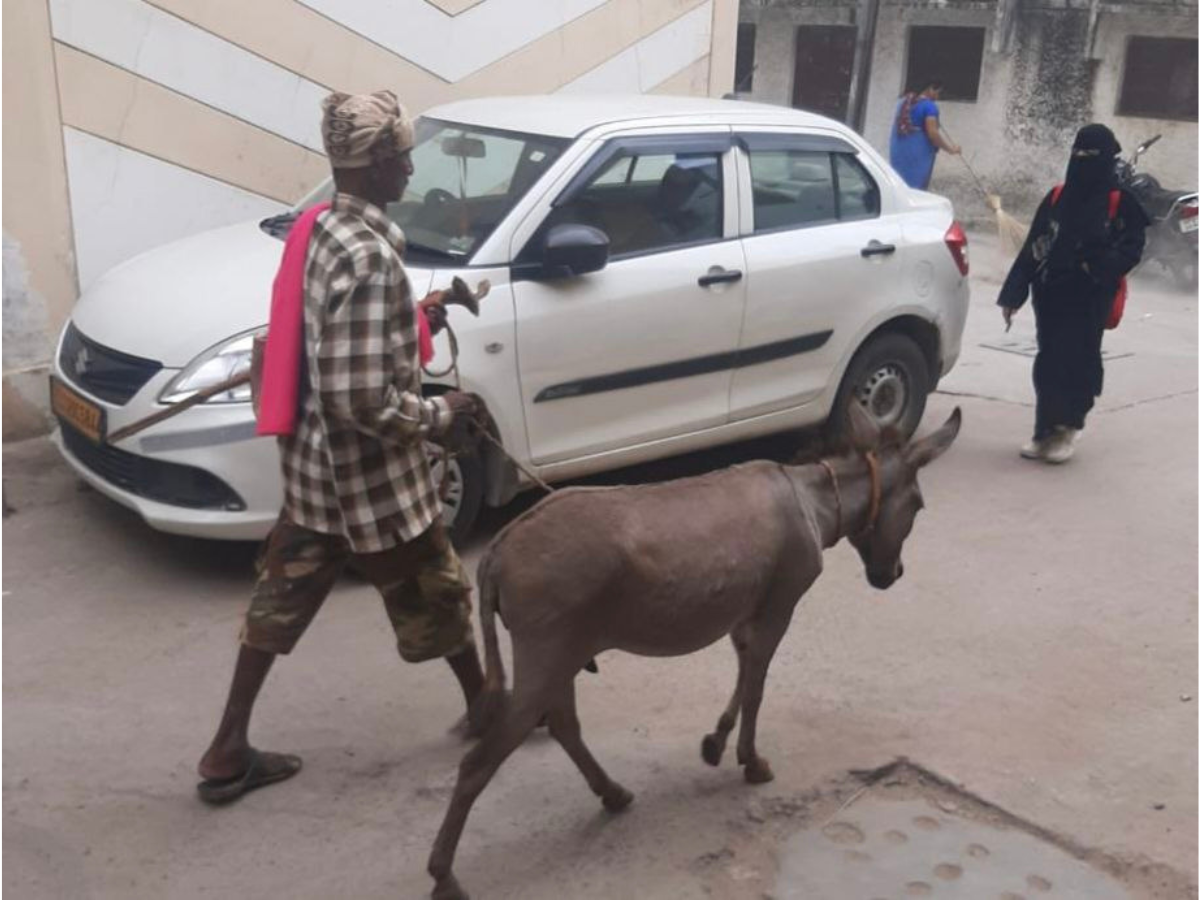 Hyderabad: In a rather peculiar turn of events, the city is now becoming a major business hub for donkey milk. A litre of the animal’s milk is being sold for a whopping Rs 7,000. The same quantity of milk from a cow or buffalo (even the purest) does not go beyond Rs 100 in town.

To meet the demand for donkey milk, several farmers who are now rearing the animal visit Hyderabad frequently to sell the milk. Demand for the same is high, as the milk is shown to boost immunity, among other things. Just 10 millilitres (ml) of it is being sold for Rs 100.

According to various studies, about 80 percent of the bacteria in donkey milk has lactic acid bacteria, making it effective in preventing stomach upsets. Many households in Hyderabad hence seek the same for health benefits.

Although cow and goat milk are protein rich, milk from donkeys is known to be rich in vitamins and minerals as well. Some researchers believe it might help treat type II diabetes. However, there is not yet any evidence about it. Farmers who sell the donkey milk in Hyderabad choose areas based on demand.

Sri Ramulu, a donkey farmer from Mahabubnagar, said people buy the milk in small quantities for medical reasons in the city. “We select certain areas in the Hyderabad and visit each locality once a week or in a fortnight. For Rs 100, we give 10ml and it is sufficient for one time consumption,” he said.

Another farmer named Narsimulu, also from Mahabubnagar, stated that a donkey produces about one liter of milk a day. “We maintain a good diet for donkeys from which milk is extracted for sale in Hyderabad. These animals are not used for load bearing works,” he said.

In Karnataka, a 42 year old IT professional left his software company job and started a donkey farm, a first of its kind in India. Other entrepreneurs are emulating the concept and the business is gaining popularity. In the future one can expect many well-off businessmen investing in the trade of selling donkey milk