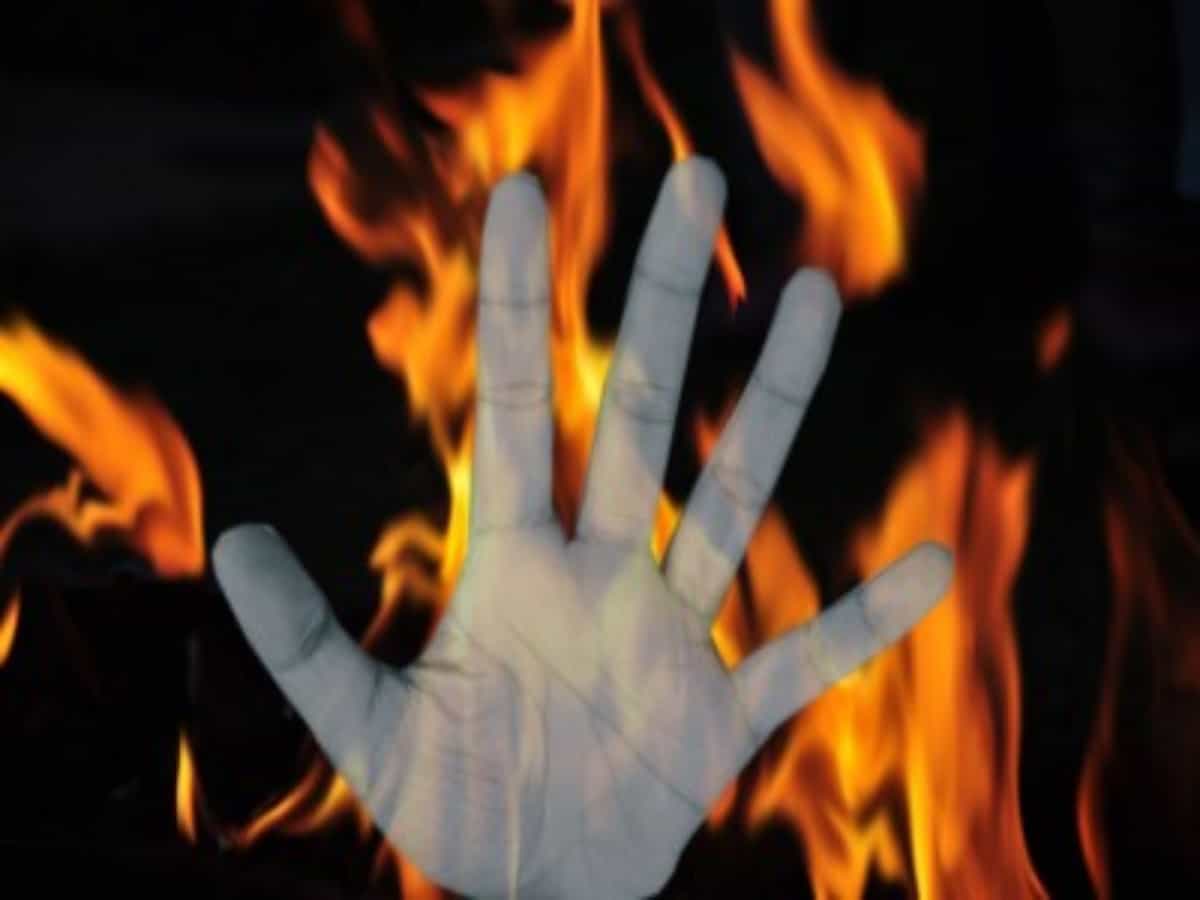 Hyderabad: In a horrifying incident, a father was arrested for allegedly setting his 10-year-old son on fire at Kukatpally Housing Board (KPHB), Hyderabad on Sunday night.

According to the KPHB police, the accused has been identified as Balu, a labourer. He was angry with the boy, R charan, who is in Class 6, for not focusing on studies. He poured turpentine oil and set him ablaze, police said on Monday.

Some locals came to put off the fire and pulled the boy out of the ditch. He suffered 60 percent burns and is undergoing treatment at Gandhi hospital. The boy’s condition is said to be critical.

Police suspect that Balu was drunk at the time of the incident.

S. Laxmi Narayana, inspector KPHB police station said an attempt to murder case has been registered against the accused.