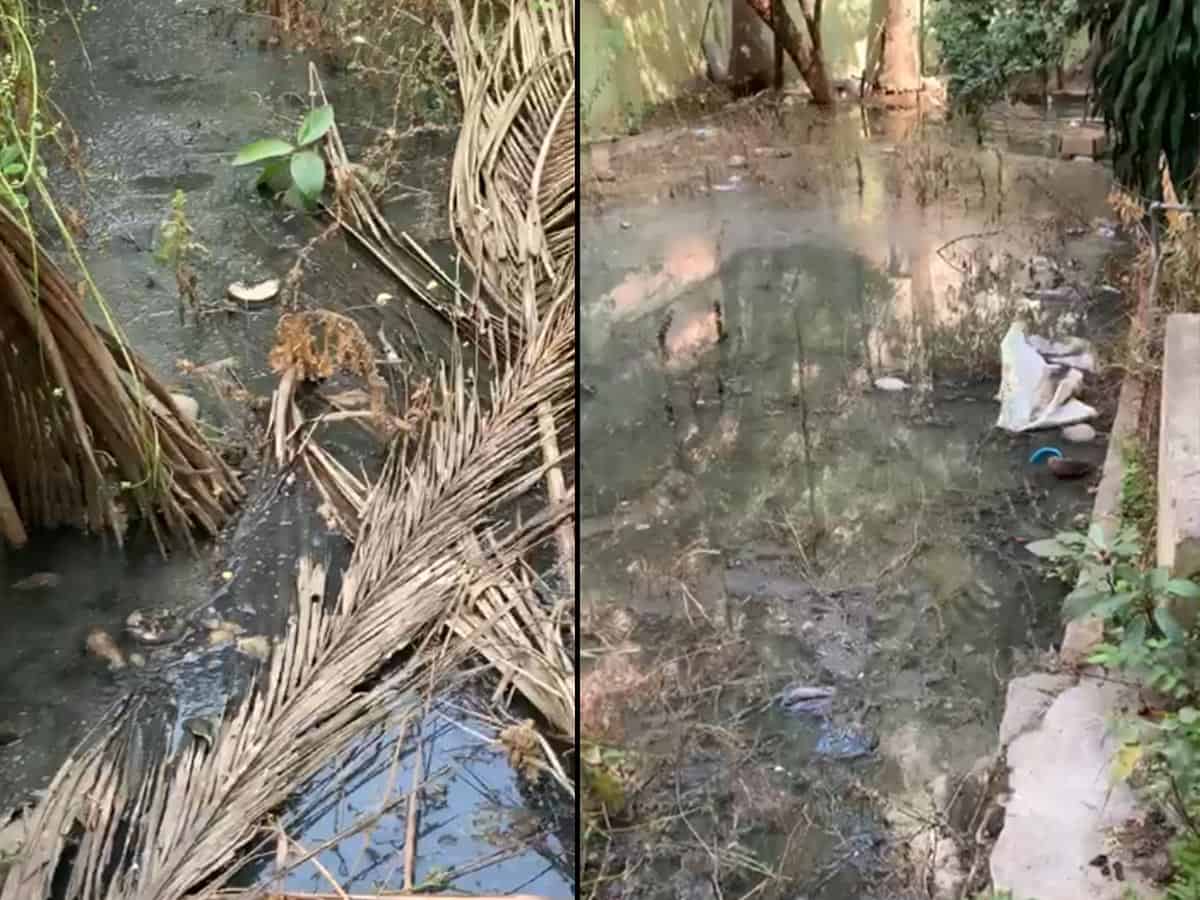 Hyderabad: A 70-year-old resident and his family members have been living with sewer water accumulated in the backyard of their house in Dwarkapuri colony, Panjagutta for the past four months.

The drainage water of many apartments flows into Khaja Rasheed Uddin Ahmed’s house and has turned the house backyard into a cesspool.

The problem has been there for four years, but from past four months it has turned ugly, said Rasheed’s son.

Rasheed claimed that he had appealed to the civic body authorities several times but to no avail. Though he had raised his voice over unsanitary conditions, a GHMC official informed Rasheed that the amount for repairing the drainage line has been sanctioned.

“It’s been four years that the amount has been sanctioned, still repair works have not been taken up by the authorities,” said Rasheed.

He said, “I’m worried about the health of my family members. For the past four months, we have been living with a foul smell and my house backyard has become a breeding ground for mosquitoes amid COVID-19 pandemic.”