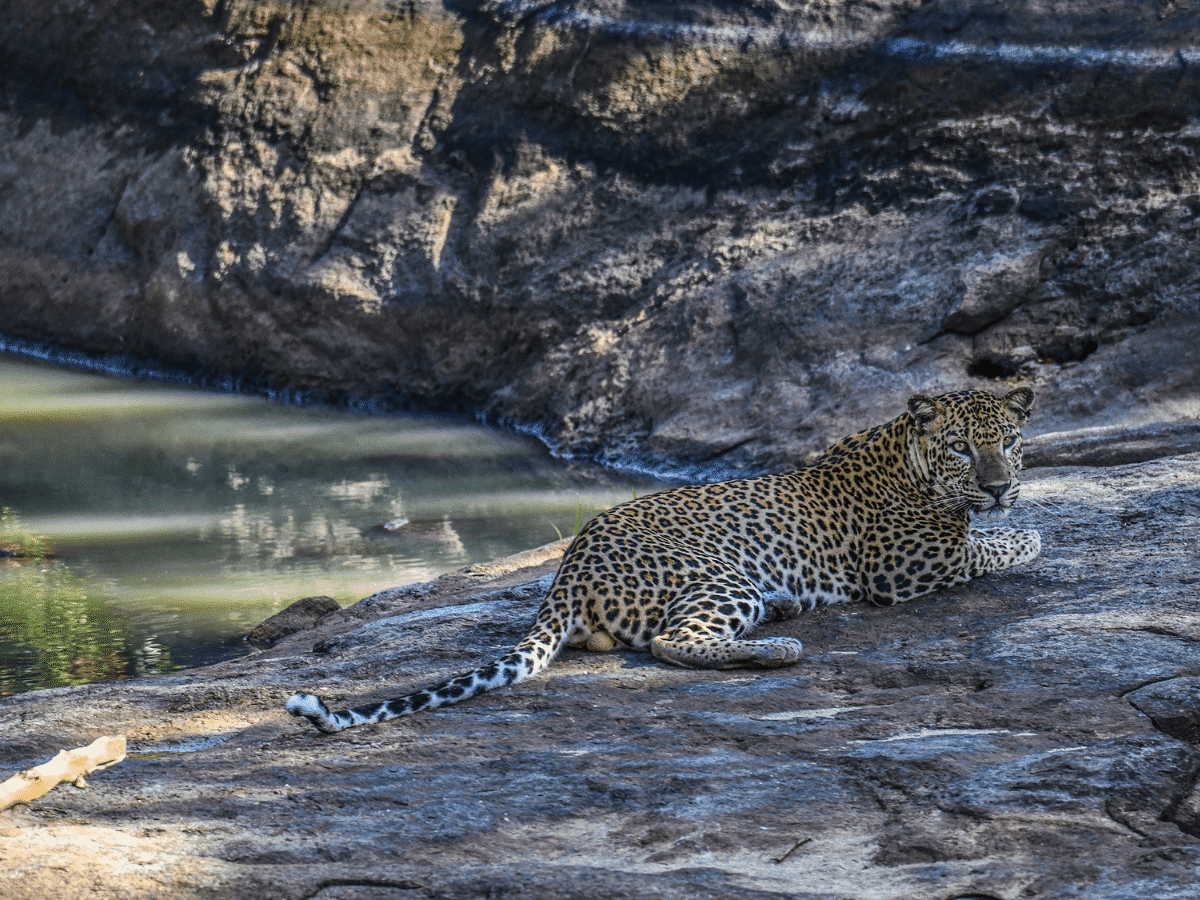 Hyderabad: Instances of leopards straying into human habitats in Hyderabad and Ranga Reddy have drastically come down compared to last year with the efforts of the Telangana Forest Department.

Compared to last year, there is a significant drop in the instances of the big cats venturing into populated spaces, cattle attacks, or sightings near water bodies.

Telangana Forest department officials attribute it to their efforts when they introduced adequate prey for the carnivorous animal in the reserve forests around the city.

After frequent instances of leopards straying into the human habitations at Rajendranagar, Moinabad, Yacharam, and Maheshwaram were reported, the officials released 40 to 50 deer, which serve as prey, into the reserve forests.

“The department felt the leopard was straying into the human habitats near forest areas in search of prey. So we initiated steps to increase prey base in the forest and released deer, it is because of timely action the incidents came down,” said a senior official of the Telangana forest department.

Forest officials explained that a leopard is a territorial animal with a range of 50 to 60 kilometers. It is forced to move outside its range due to various internal and external pressures such as lack of food, land degradation, land shrinkage, and overpopulation of leopards causing territorial overlaps. In such cases, it moves about in search of food or water.

“Basically the water bodies on village outskirts, lakes, tanks, and rivers are sources of water for the leopard. So they prefer to stay in close proximity to these spots. We find pugmarks of leopards along Musi river at Himayatsagar, and Osmansagar indicating the big cat moves around the Musi corridor,” said the official.

Sometimes the leopard ventures into human habitats to catch dogs as it is an easier means of prey and is abundantly available.

A couple of years ago people were shocked to see a leopard resting on the Katedan Road under Bridge (RuB). When the forest department officials tried to catch it, the big cat escaped into a farmhouse and later disappeared into the premise of an agriculture college. It was later spotted near Himayatsagar on a few occasions. It was later sighted in Moinabad mandal. The leopard covered a range of 30 km within the city limits.