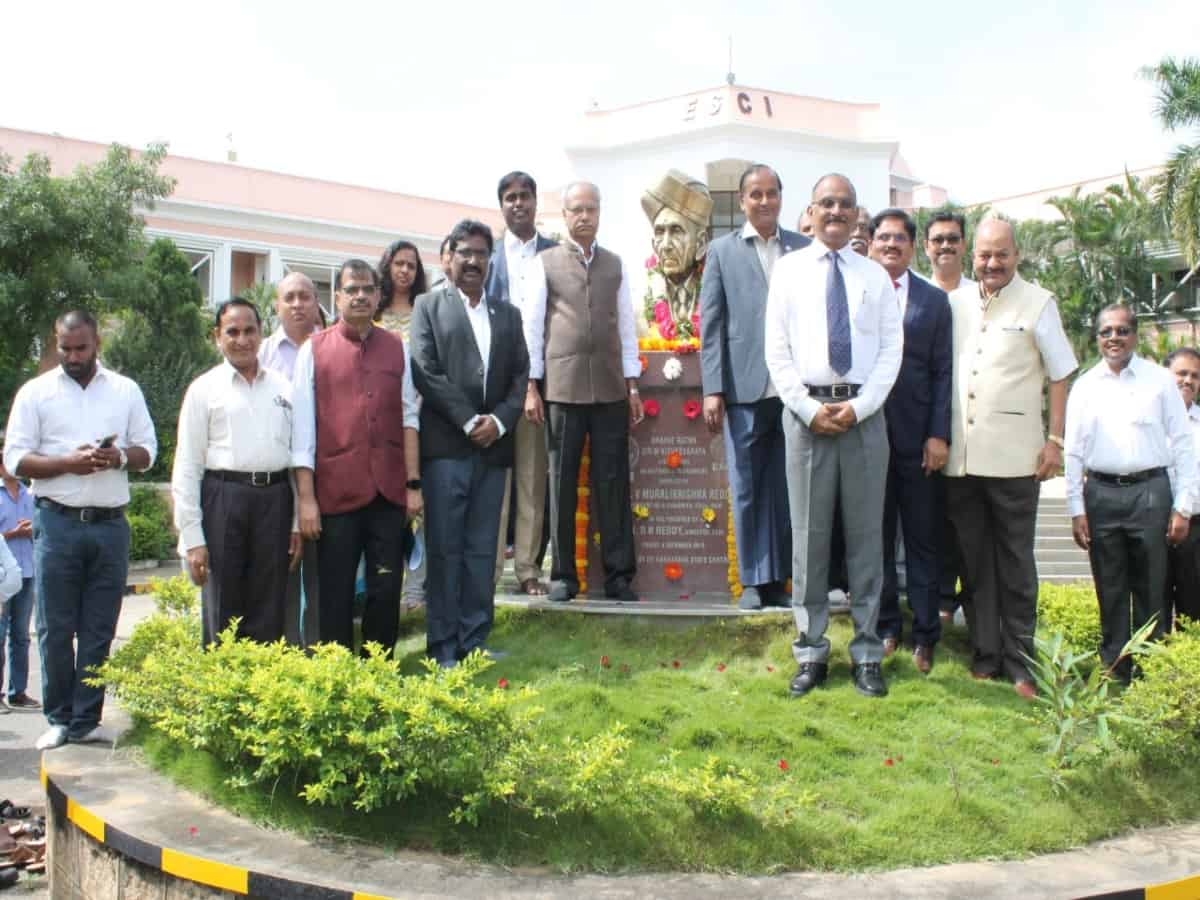 Hyderabad: The Engineering Staff College of India (ESCI) on Thursday marked the 162nd birth anniversary of Mokshagundam Visvesvaraya, the first Indian civil engineer, statesman, and the 19th Diwan of Mysore.

The college also conducted its 55th Engineers Day. Speaking on the occasion, the director, Indian Defence Service of Engineers (IDSE), Military M.Veerasankar said, “MES is a premier construction agency and an important pillar of Corps of  Engineers of the Indian Army. It provides rear-line engineering support to the Armed Forces and other associated organisations of the Ministry of Defence (MoD).

Principal Secretary to the Telangana government Burra Venkatesham, who was the chief guest at the event said stressed on how engineering and social service must go hand in hand and create better lives for human beings.

He also quoted an example of Metaverse which is an emerging area and a virtual-reality space in which users can interact with a computer-generated environment and other users.