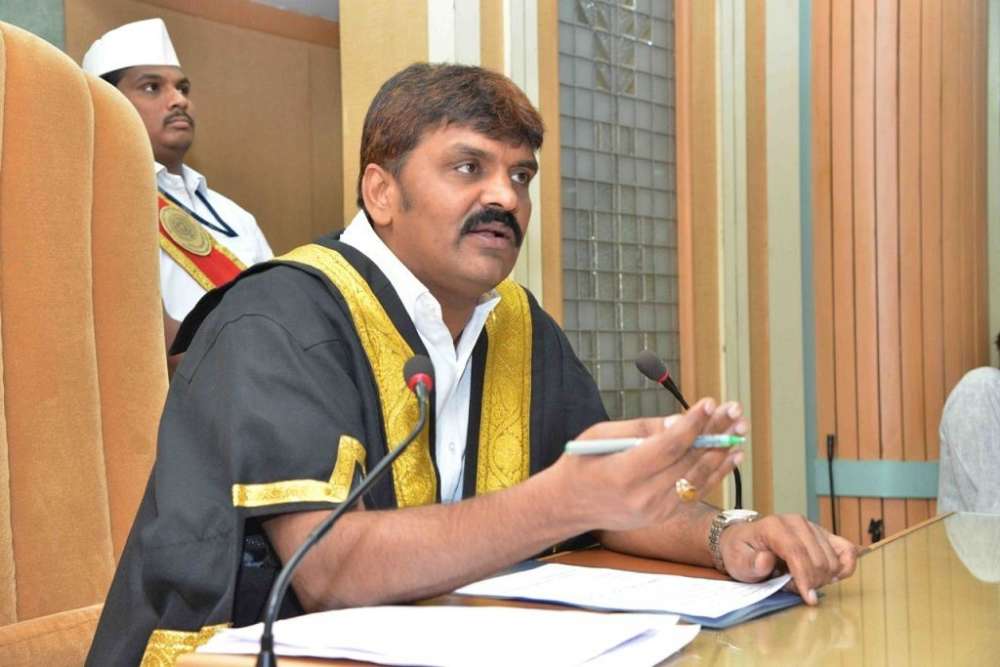 Hyderabad: Former city Mayor Bonthu Rammohan has been charged by Rachakonda police with defrauding a business partner and also under the SC/ST Atrocities Act.

The police proceeded in response to a complaint lodged by one Bommaku Murali, a Medipally businessman. Bonthu and another accused, Maryala Tirumala Reddy, were charged under sections 120b, 384, and 406 of the Indian Penal Code, as well as the SC ST POA Act 153 (3) CrPC.

On the 19th of August, the Ghatkeshwar police station, which falls under the Rachakonda police boundaries, received a court-referred complaint against Maryala Tirumala Reddy (42 years) – Business Managing Partner of M/s Mahalakshmi Constructions, and Boothu Rammohan (49 yrs).

Complainant Bommaku Murali alleged that he is the Special Power of Attorney holder and a partner in “Bommaku Infra,” an agricultural land located in Sy No: 89 (admg Ac 11-28 guntas) in Yamnampet Village.

GHMC Ex-Mayor Bonthu Rammohan approached Bommaku a few months back about clearing the agricultural property in the same location. Rammohan and Bommaku reached a deal with the landowners.

Later, at Bonthu Rammohan’s request, the complainant invested Rs 4 crores as an advance to the land owners, and he also mortgaged his original passbooks. Bonthu Rammohan, on the other hand, made no investment.

The agreement stated that Bonthu Rammohan and Bommaka had a 60% – 40% arrangement with land owners (Complainant Vs Land Owners). Bommaka registered land measuring Ac 11-24Gts as Special Power of Attorney in Uppal Registrar Office in May 2022 after everything went smoothly. However, the Medchal district registrar did not post it to the online system.

“Bonthu Rammohan utilised his influence and asked the registrar not to upload the documents online, instead keeping the documents as disputed,” according to the allegation. Later, Bonthu encouraged the complainant to withdraw from the land transaction because he had a better deal with accused Maryala Tirumala Reddy, the proprietor of M/s Mahalakshmi Constructions.

“Bonthu threatened me with grave consequences if I did not withdraw from the land deal.” Meanwhile, Tirumala Reddy visited with the original landowners and acquired land registration in his company’s name. “He issued two cheques to me as a form of payment, which he afterwards ceased,” he stated in the complaint.