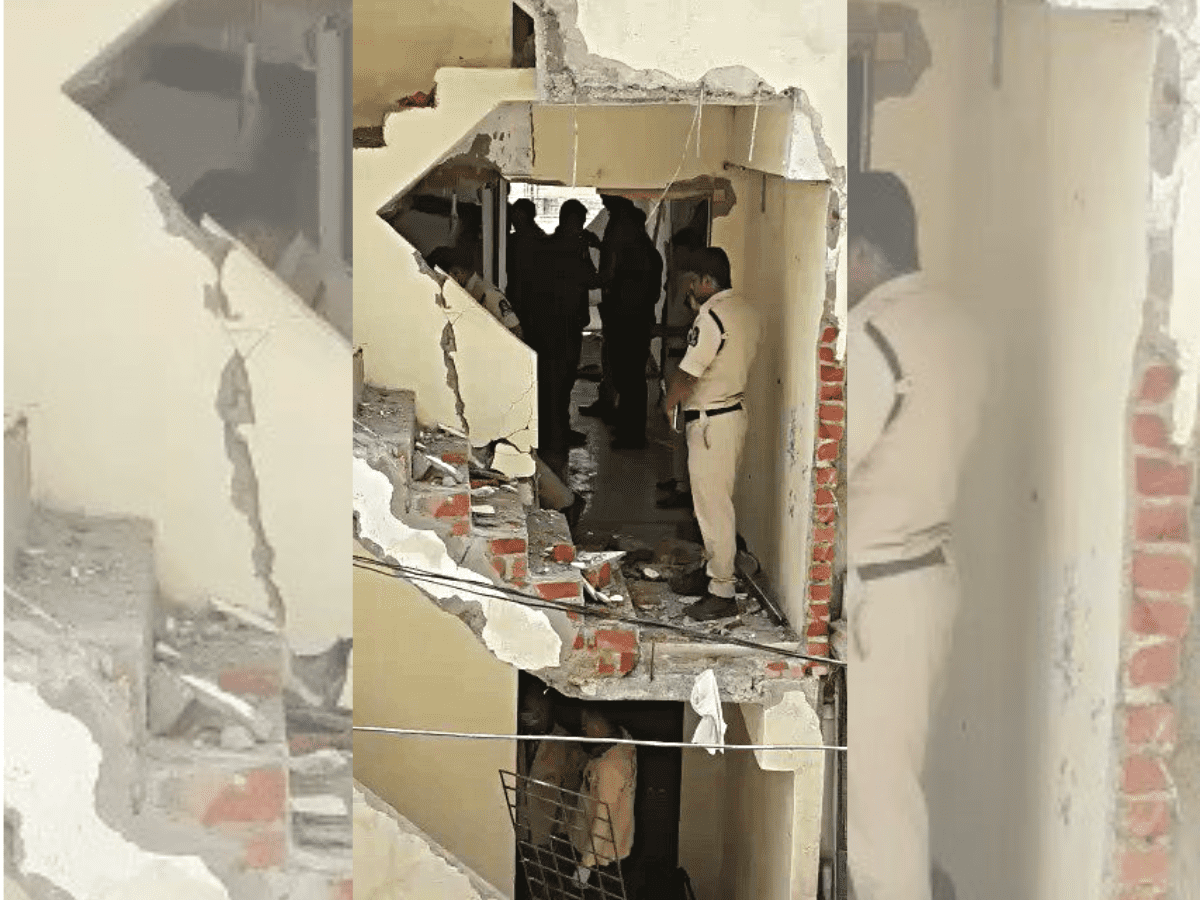 Hyderabad: Two people were injured in a blast in Ramgopalpet, Secunderabad on Saturday.

The walls of the house were blown away due to the impact of the blast and parts of the building were also damaged. An Assamese couple living in the flat, identified as Sandeep and Anu, were shifted to KIMS in Secunderabad.

The couple reportedly came to the city 20 days ago and had been earning their livelihood working in a garmet shop in the city.

Locals were startled upon hearing the sound of the explosion on Saturday morning.

Police have confirmed the incident of the blast in Secunderabad.

A clues team was sent to ascertain facts on the field. However, the exact cause of the blast is yet to be confirmed.

Amid speculations of a possible cylinder blast, the police discovered an LPG cylinder inside the house which was reportedly intact and no other explosives were discovered.