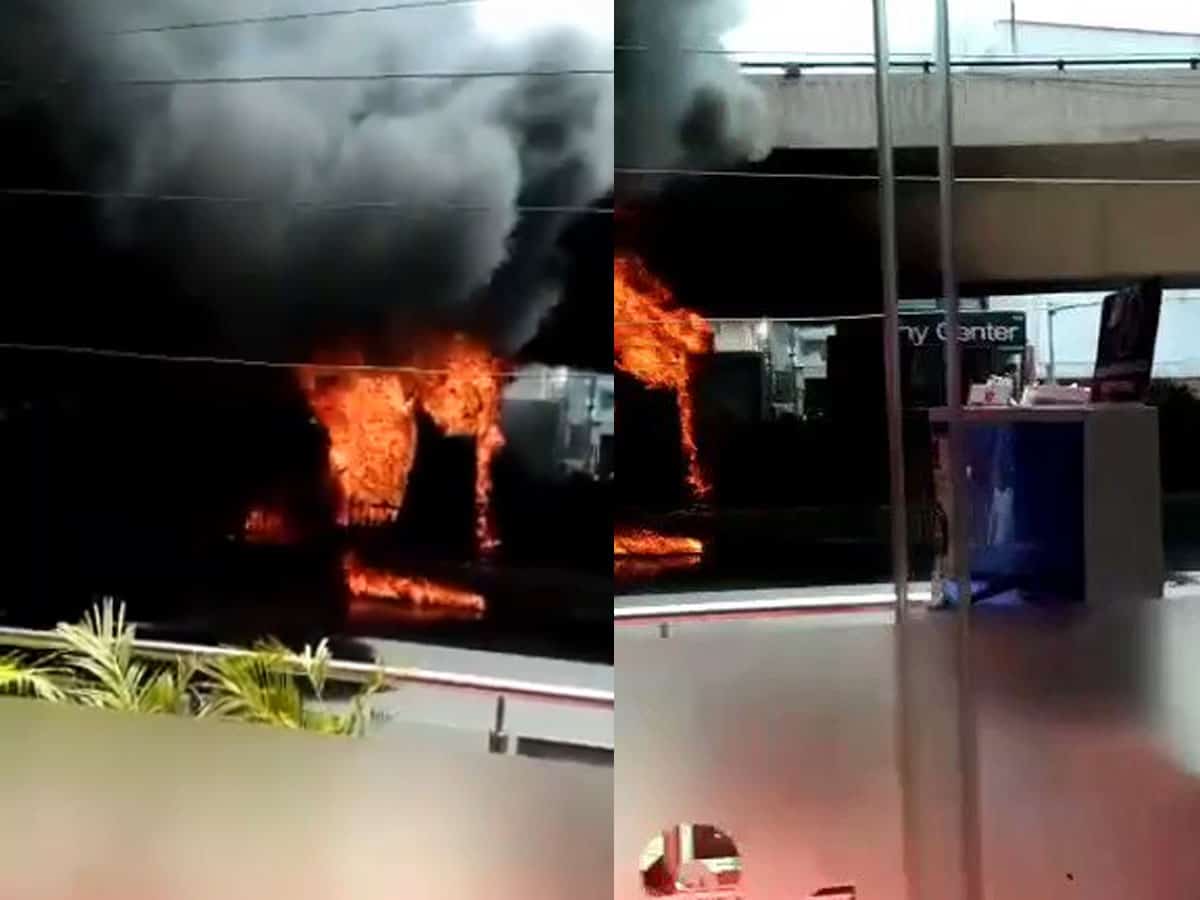 Hyderabad: A massive fire broke out on a pillar of the Punjagutta flyover on Friday morning.

According to the local media reports, the fire broke out due to a short circuit in some lights placed near the ornamental plants that are usually added to the pillars of flyovers as decorations, though there are no casualties reported.

Visuals from the spot showed a dense smoke billowed from the area as the fires erupted.

Receiving the information, fire tenders rushed to the spot and put all the flames. Motorists passing by were suffocated by black smoke. The fire caused a heavy traffic jam at Panjagutta.

The flyover was inaugurated in 2008 and in 2007, when it was still being constructed, a portion of the flyover had also collapsed.