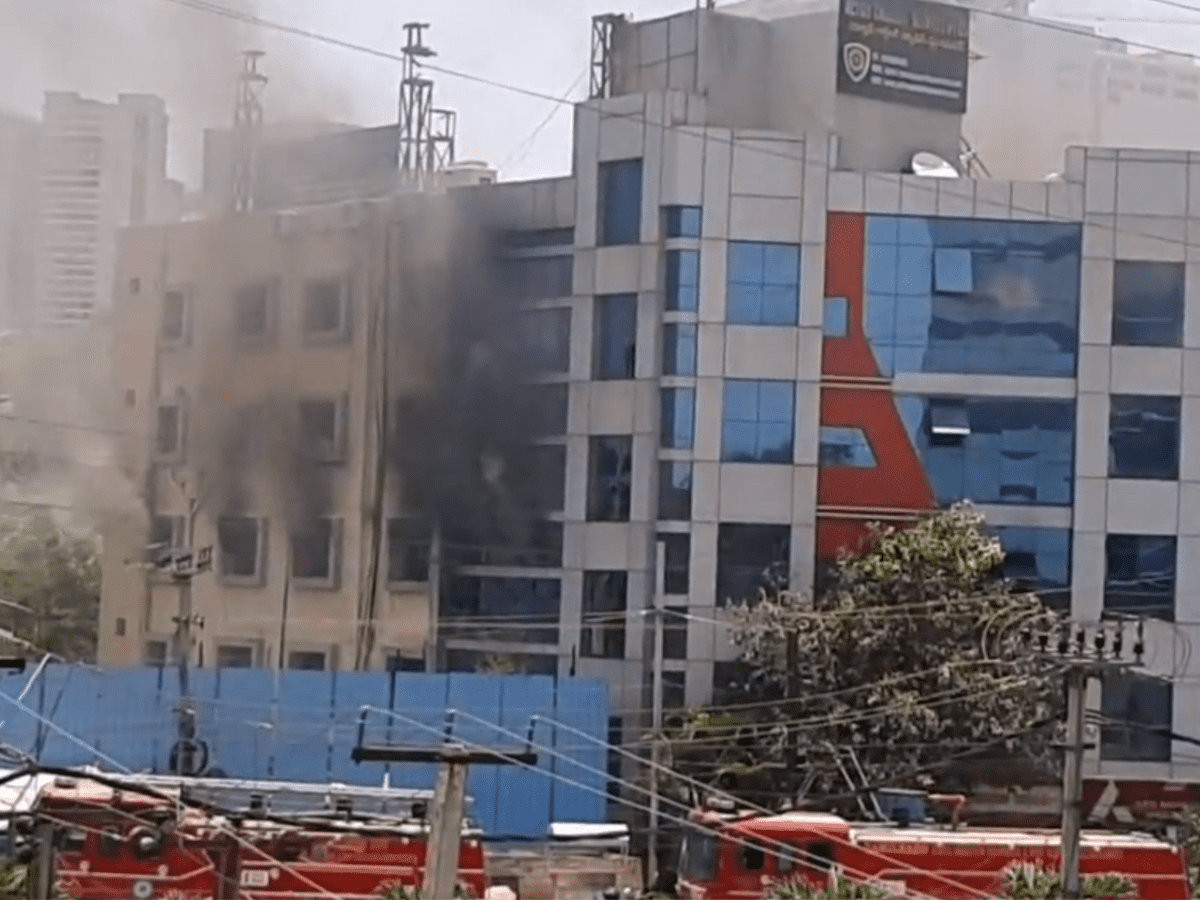 Hyderabad: A fire accident took place at 10:56 am in a building at Khajaguda junction on Saturday. 14 people were rescued by the fire department from the burning building. No casualties were reported.

The fire department made sure that everybody was safely evacuated. Speaking to Siasat.com, the officials of the fire department said that the Rangareddy district fire officer (DFO) was present at the site and overlooked the safe evacuation of all 14 people who were present on the second floor. They also said that the residents escaped to the terrace of the building once the fire broke out.

After the rescue, they were then taken to Sunshine hospital, Gachibowli for immediate first aid and medical care.