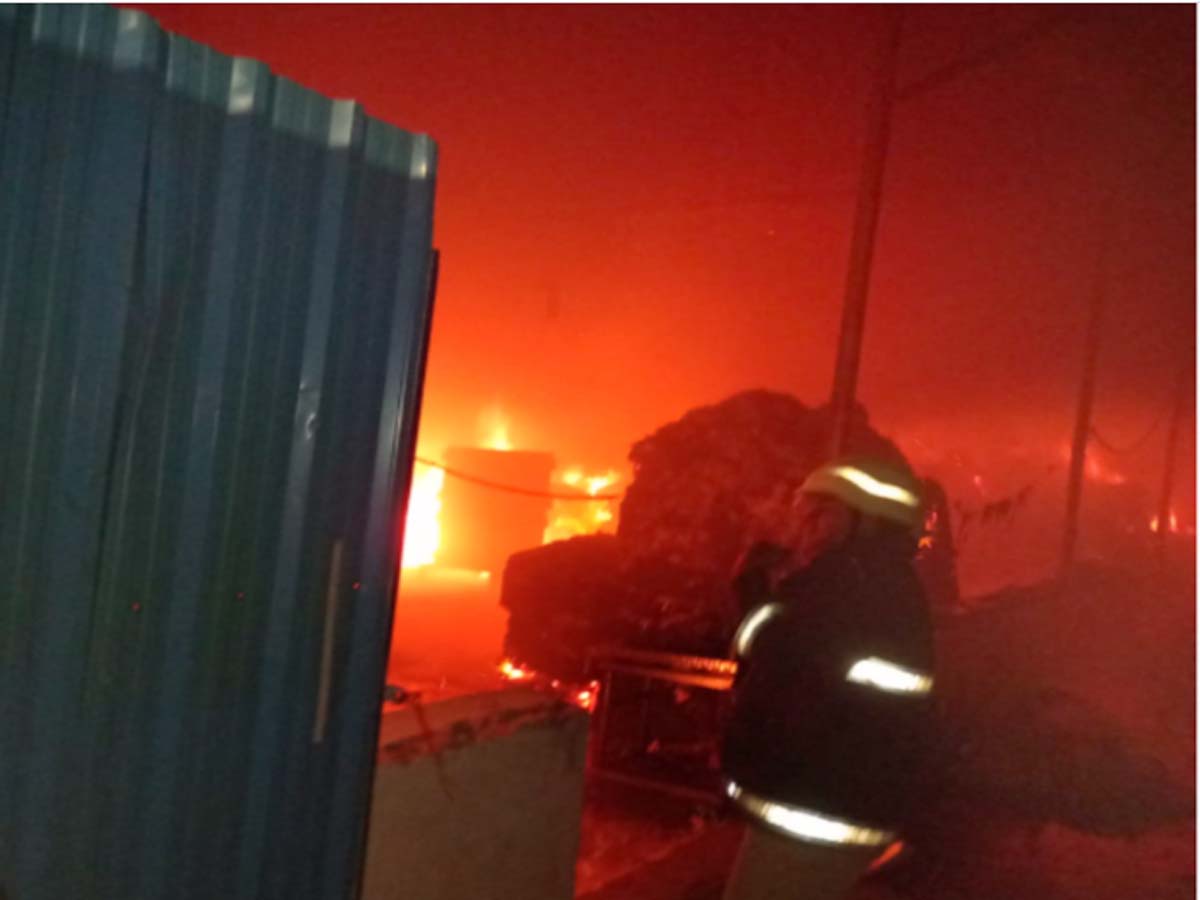 Hyderabad: Panic prevailed at Golnaka area of Amberpet after a fire broke out in the recycling paper mill. Fire tenders were rushed to the spot to extinguish the fire.

According to the sources, on Friday morning fire broke out in Sravan enterprises, a re-cycling unit of waste paper mill upon which panic prevailed in the adjoining residential areas.

Fire tenders were pressed into service and within two hours the fire was brought under control. Though there were no casualties reported in the unit since the unit was not operational due to Diwali.

Three years ago a similar incident was reported in the same re-cycling unit.

“We suspect that due the bursting of Diwali crackers might be the reason behind the fire accident, we are gathering details from waste paper mill owner Krishnaiah” said Peram Sudhakar Inspector Amberpet police station. A case has been registered and investigation is underway.

A similar incident took place 3yr years ago and created fear among the local residents.