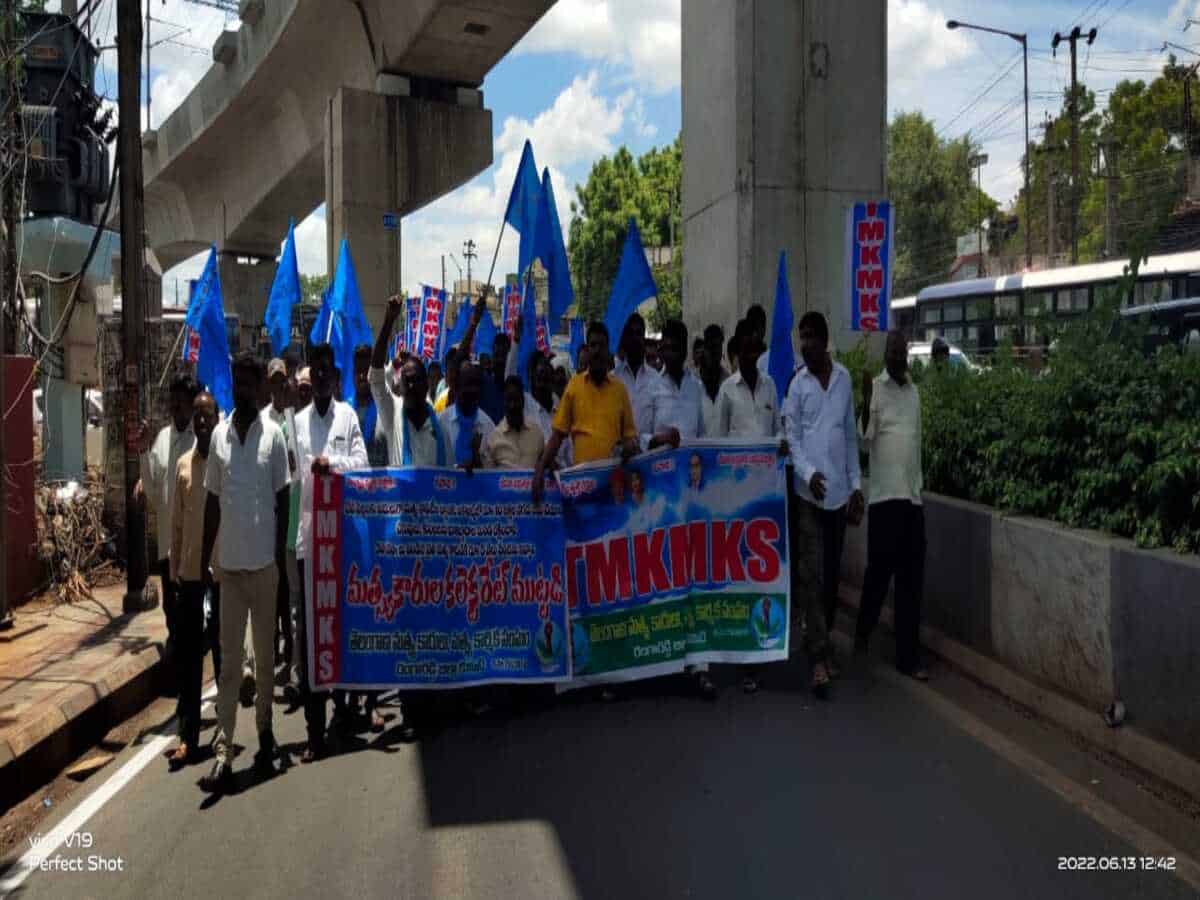 Hyderabad: Representatives of the Telangana Matsyakarulu, Matsya Karmika Sangham (TMKMKS), the state’s fishing community’s workers’ union, protested in front of the district collectorate’s office here on Monday demanding the Telangana government to ‘do justice to fisherfolk’.

The protest of around 40 people, headed by TMKMKS state president Gorenkala Narsimha, accused Telangana chief minister K Chandrashekar Rao (KCR) of “sidelining” the issues of fishermen in Telangana after the state’s formation in 2014.

Speaking to Siasat.com, Narsimha stated that around Rs 100 crore were granted by the Telangana government for fish seedlings. However, those were “not useful at all” and instead resulted in the destruction of water bodies, he added

The protesting fishermen demanded that the Telangana government, as promised by state health minister Harish Rao last year, should deposit money for every fishing society across the state.

The TMKMKS also raised concerns over real-estate encroachment on water bodies across Rangareddy district which they said adversely affects fishermen. As such, they demanded that digital surveillance be conducted on these water bodies and said that individuals found to be encroaching should be arrested at once.

Narasimha also stated that the fisherfolk needs a ‘chapala’ market (fishing market) worth Rs 20 lakhs in each mandal of Telangana. Further, the organisation stated that it is the government’s job to provide employment to fisherfolk displaced by the Pharma City project in Kandukur and Yacharam mandals of the Rangareddy district.

The TMKMKS protested outside every district collectorate office across Telangana.