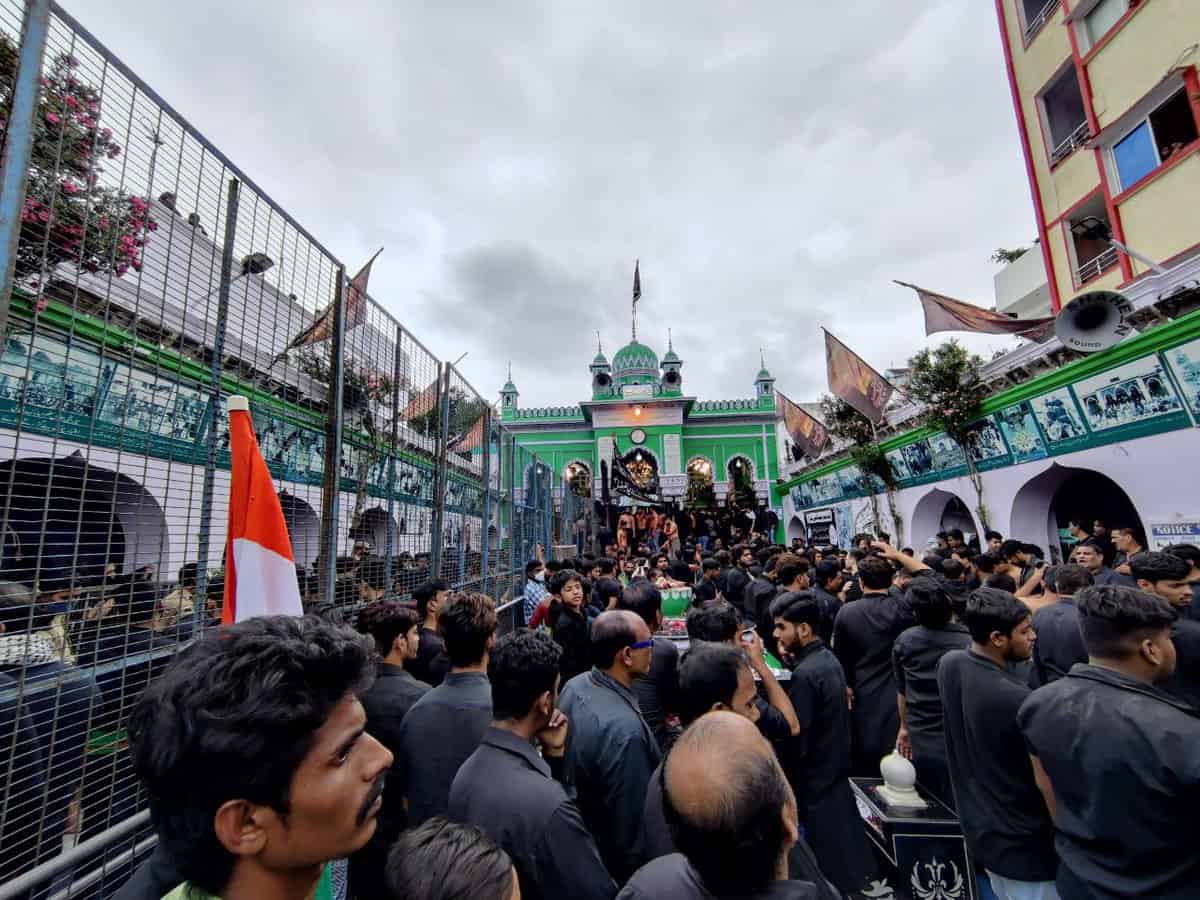 Hyderabad: A city-based organization, Shia Companions, has urged the Telangana Forest department to issue a government order for permission to use Rajni, a local elephant, for the Muharram procession next month.

Syed Ali Jaffry, general secretary of Shia Companions, said it was an age-old practice to carry the Bibi-ka-Alam procession on an elephant by its custodians in Hyderabad on the day of Ashura, the 10th day of Muharram.

At a meeting held recently, it was discussed by officials to issue a GO to provide an elephant for the Muharram procession. Rajni, the captive elephant at the Nehru Zoological Park in Hyderabad, owned by the Nizam Trust, is regularly used during Bonalu and Muharram processions.

The Bibi Ka Alam is one of the oldest of Muharram processions in the country and in Hyderabad. It is taken out on ‘Yaum e-Ashura’ to commemorate the martyrdom of Imam Hussain (the grandson of the Prophet Mohammed and son of Imam Ali). The Alam (standards) were first installed during the era of the sixth Qutb Shah ruler Muhammad Qutb Shah in the 17th century.

Elephants were first used for the procession during the Nizam era (1724-1948), under its sixth ruler Mahbub Ali Pasha in Hyderabad

It is believed that the practice of installing the Alam is 434 years old, dating back to the Quli Qutb Shahi period (1518-1687), of Hyderabad. For many centuries it was housed in a Qutb Shahi Ashurkhana near the historic Golconda Fort, but later was shifted to Bibi ka Alawa.

The important characteristic of the Alam is that it is believed to contain a wooden plank on which Bibi Fatima, daughter of the holy prophet, was given the final ablution. It also has six diamonds and other jewelry gifted by the last ruler of Hyderabad, Mir Osman Ali Khan, in the 1950s.

An elephant named ‘Fatha e Nishan’ provided by Nizam VII Mir Osman Ali Khan was used for carrying the standard during the Muharram procession until its death in 1986. The Nizam Trust then for continuing the traditional practice bought a cow elephant ‘Hydari’ from the Bada Imambada, Lucknow, costing Rs 20,000 in 1987 then. This elephant died in 1995.

One Ali Raza Hashim Mosvi had also gifted an elephant in 1996 for the purpose. The animal was named ‘Hashmi’ for the procession, and died in 2004.  The Nizam Trust then purchased a cow elephant, ‘Rajani’, which is stabled at the Nehru Zoological Park.

On the recommendation of the Central Zoo Authority, the government constituted the ‘Zoos and Parks Authority of Telangana state’. The governing board decided not to spare zoo elephants for processions except for the traditional Bonalu and Muharram procession.

However, following High Court directions in connection with a case based on a petition, a group approached the court when its plea for providing Rajni was accepted by the forest department for Muharram in Hyderabad. The authorities stopped providing the elephant for Muharram processions.

The community in Hyderabad has been arranging the elephants from Karnataka and Maharashtra for the Muharram procession. As a practice, before using the elephant on the 10th day of Muharram, a rehearsal takes place on the 4th day of the Muharram month to observe its behavior of the pachyderm.