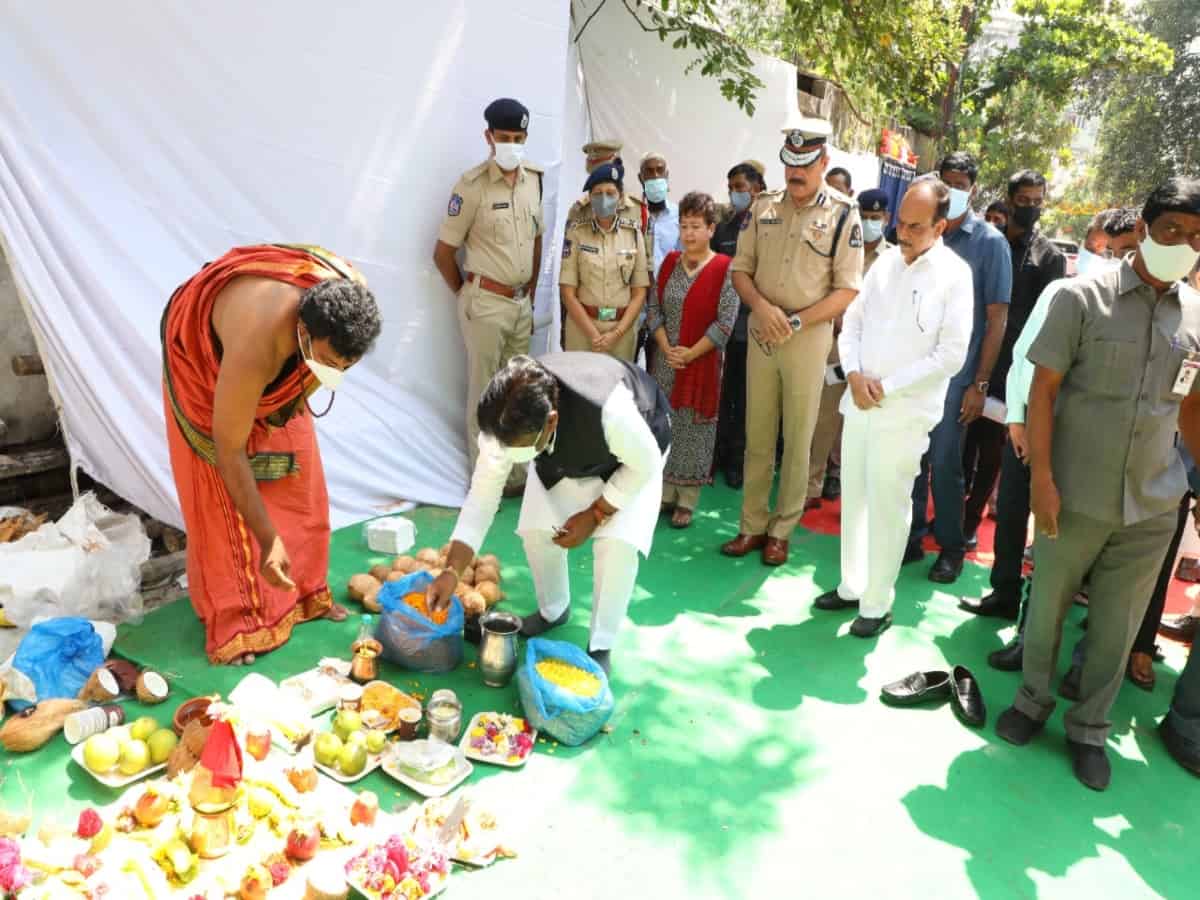 Hyderabad: The foundation stone for the construction of the building of DNA and Molecular Biology Laboratory at Shanti Nagar was laid by on Saturday by Telangana home minister Mahmood Ali who was the chief guest at the ceremony.

Molecular biology tools have enhanced the capability of forensic scientists to characterize biological evidence to the point where it is feasible to analyze minute samples and achieve high levels of individualization. Characterization, or ”typing,” of deoxyribonucleic acid (DNA) for purposes of a criminal investigation can be thought of as an extension of the forensic typing of blood that has been common for more than 50 years. It is actually an extension from the typing of proteins that are coded for by DNA to the typing of DNA itself.

Addressing the media, the home minister said chief minister K. Chandrashekar Rao has been giving top priority to the police department. Mahmood Ali further said that this facility under the Safe City Project of MHA helps in examining all types of forensic evidence, to solve the crime cases at the earliest and help investigation officers.

Furthermore, the commissioner of police, Hyderabad, Anjani Kumar told the media that this facility will aid the police department to curb the criminals and also help in detecting the cases at earlier stages.

Moreover, the additional commissioner of police, Shikha Goel informed that his facility is being created under the “Safe City Project”. Rs 17.48 crore have been earmarked for this laboratory for construction of a G+3 building with 14,000 sft space equipping it with the most modern Gadgetry for DNA and Molecular biology analysis and manning it with experts, she added.