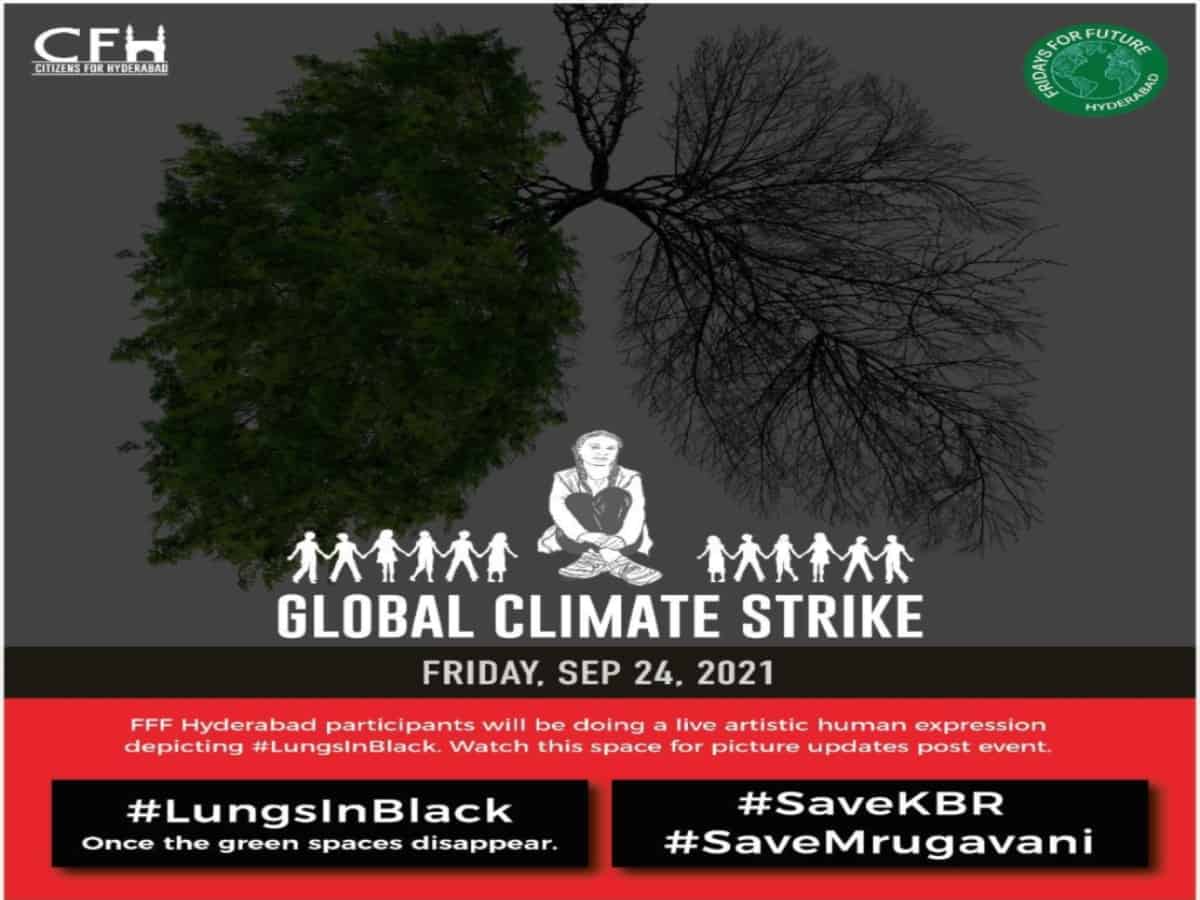 Hyderabad: A youth-led group of environmentalists from the city will participate in the ‘Global Climate Strike’ here on September 24, which is an event that will simultaneously take place in 7,500 cities across the world with 1.4 crore participants. The location of the protest is a secret, as the protest will be a flash protest.

The ‘Global Climate Strike’ is being organized by Fridays For Future (FFF), which is led by Swedish Climate activist Greta Thunberg. FFF is a global youth-led movement started in 2018 with the aim to raise awareness on climate change and urge world governments to take constructive action to prevent what it calls an impending ‘global catastrophe.’

The Hyderabad chapter of FFF, which is now not associated to other any other FFF movement, said that on the day of the global strike on Friday (September 24), it will undertake an “artistic demonstration”.

Kaajal Maheshvari, mentor of FFF Hyderabad and who has led a six-year struggle to save the KBR National Park from being encroached, told siasat.com that the group will hold a demonstration wherein all the participants will dress completely in black.

The all-black dress code, Kaajal said, is to serve as a reminder to all Hyderabadis, be it citizens or elected representatives, that ‘lungs in black’ is an obvious near reality. She further added,”We need to act now before it’s too late, or else our Air Quality Index (AQI) is going the Delhi way.”

FFF Hyderabad has participated in the ‘Global Climate Strike’ every year and this year too, the group said it will not miss the opportunity to highlight what it feels needs to be addressed when it comes to making our city more livable. “To us, nothing is more glaringly obvious than the rise in pollution across the country and we at Hyderabad are experiencing this looming danger more than ever before,” FFF Hyderabad stated in a pre-event press release.

She further added that the parks are literally the lungs of the city and also act as catchments to support the city’s bloodlines- the Himayat Sagar and Osman Sagar. FFF Hyderabad stated that under various pretexts be it the fly-over or high tension transmission lines, the trees are always made the target. “3000 plus trees are ready to be cut in both the Buffer zones that serve to protect the two national parks,” the group stated.