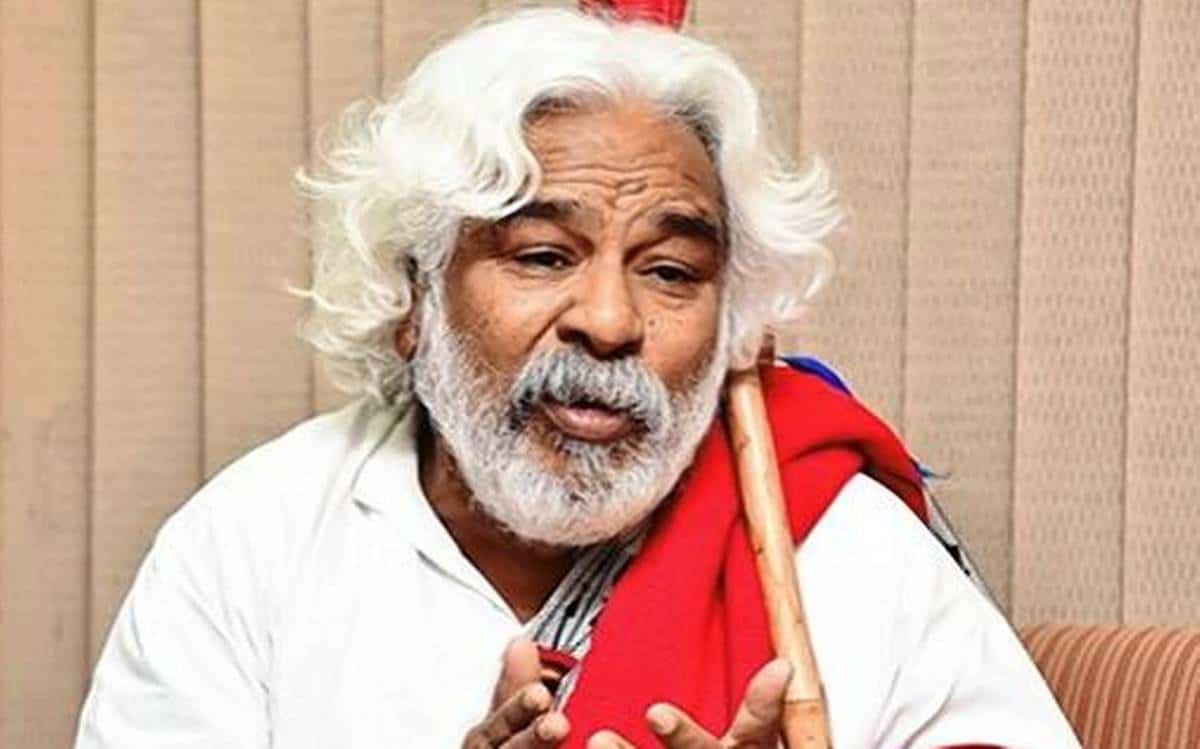 Hyderabad: The communist and revolutionary poet Gaddar’s sudden appearance at the BJP National Executive meeting surprised many people and the topic has become the talk of the town in political circles.

Gaddar describes himself as the flag bearer of secularism and is known for his struggle against high caste tyranny and injustice to various sections of the society and against the saffron agenda. His songs and poetry always expressed his ideology.

His poetry played an important role in the Telangana movement. He promoted secular thoughts through his recitation of poetry in public meetings. But defying his own ideology he attended the BJP’s public meeting which surprised many.

He was presented in the BJP public meeting from beginning to end. It is not the first time he has defied his own political thoughts and ideology. He surprised people in the past as well many times.

In December 2021, Gaddar was found along with his family members visiting Yadadari Mandir. He had explained then that he came to pray for the welfare of the people.

During the Chandrababu Naidu rule in 1997 when Devendra Goud was the interior minister some people opened fire at him which led to many bullets hitting him. All the bullets were removed except one which was kept as it was risky to operate to remove it.

Disregarding this incident he embraced Chandrababu Naidu in a public meeting in 2018 and supported his grand alliance.

When Devender Goud separated from Telugu Desam and formed his Nava Telangana party Gaddar helped him.

In 2028, the poet along with his family members met Sonia and Rahul Gandhi. After that, his son fought the assembly election on a Congress ticket.

Upon Gaddar reaching the parade ground, the BJP workers took selfies with him. He attended the meeting with a VIP pass. Gaddar said that he has come to hear what the Prime Minister has to say about the country and Telangana.