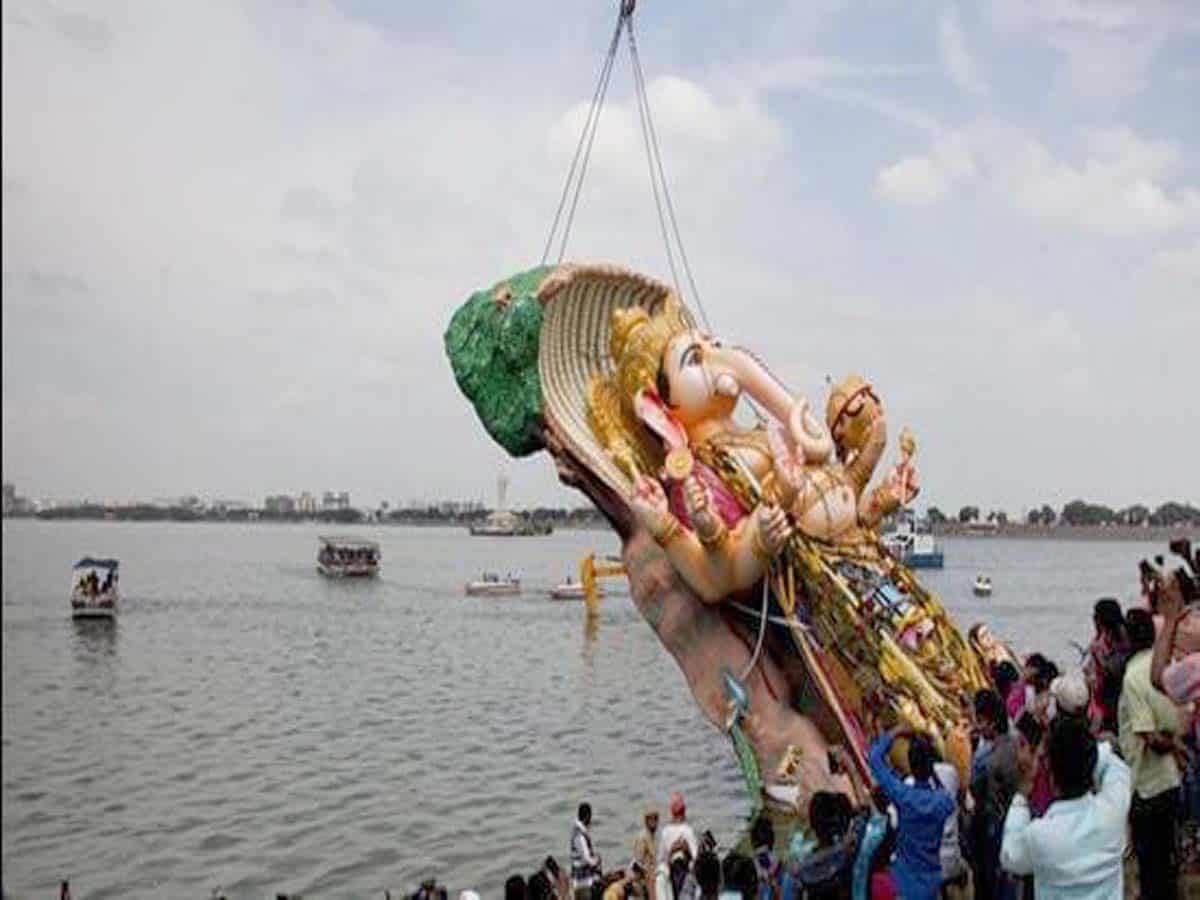 Hyderabad: Bhagyanagar Ganesh Utsav Samithi (BGUS) today made it clear to the State government that it would immerse Ganesh idols in Hussainsagar lake during the upcoming Ganesh Chaturthi.

Rao asked the managers of Ganesh pandals to make their arrangements without causing any disturbance to others. He asked the pandal managers to hoist national flag at all pandals as part of Azadi ka amrit mahotsav celebrations. He said the celebrations should be held without DJ and movie songs and dances.