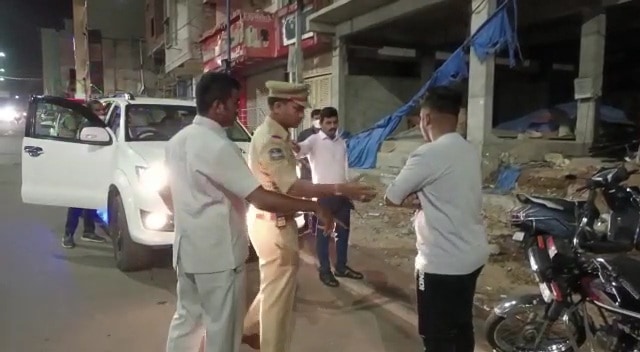 Hyderabad: Gang war on main road at Santosh Nagar created sensation in the area on late Thursday night. The police could able to avert a major clash as senior police officials reached the spot intime.

Two gangs were found to be clashing with hockey sticks near the Owaisi-Midhani Junction Dr APJ Abdul Kalam Flyover on the Santosh Nagar main road.

The concerned police reached spot after the DCP south zone P Sai Chaitanya could able to witness the live clash since he was on his way back home in his official car. Upon noticing the two gangs indulging in clash he immediately called in Santosh Nagar cops for further action.

The members of both the gangs were immediately taken into custody while others fled from the scene. During the clash few persons sustained injuries. The initial investigation by the police revealed that there was an issue between the two gangs over a girl.

The sleuths of the Commissioner’s task force were pressed into service which conducted raids at multiple locations across the old city and reportedly recovered hockey sticks from the possession of youths.

The police have also collected the CCTV footage from the area and efforts are on to identify the gang members.

The Santosh Nagar police have registered two separate cases against the gang members and investigation is underway.