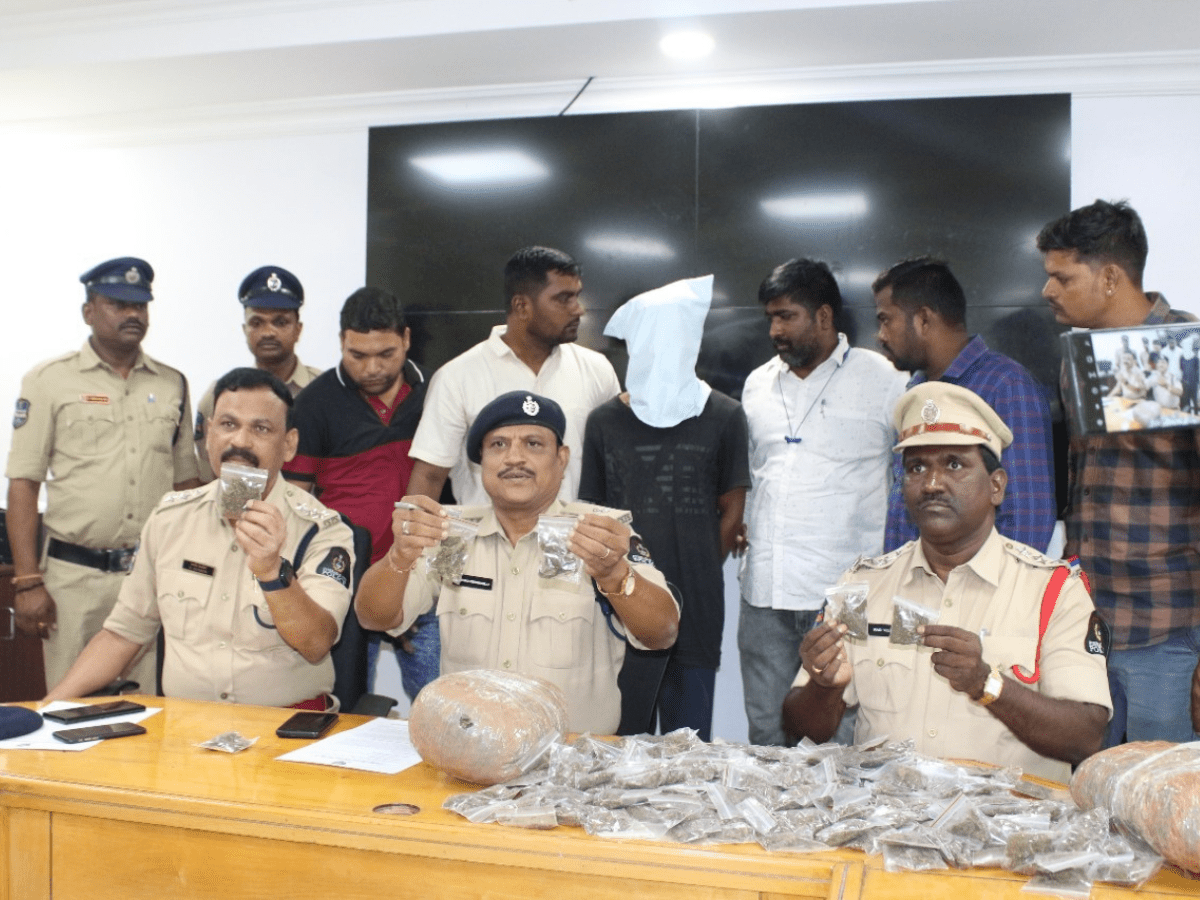 Hyderabad: A 23-year-old accused was arrested for selling ganja within the limits of Tukaramgate police station was arrested on Saturday.

The accused was identified as Guguloth Karthik (23), a resident of Wedderabasti, Tukaramgate. The officers seized five kilograms of ganja worth rupees more than one lakh from the possession.

According to the police, on credible information, the Tukaramgate police conducted surprise checking and apprehended the accused. He worked as a laborer in a cement shop near Pochamma temple.

“We’ve recently witnessed a number of young people who are connected to drugs/ganja and are involved in crime and other anti-social activities. Several families have been affected by this threat,” the police said.

“It is a sincere request from the Hyderabad City Police Department to youth not to fall prey to drugs. Parents should keep a close eye on their children’s activities and feel free to approach the police or should provide information to the police in order to curtail such anti-social activities and work towards a drug-free city,” the police remarked.