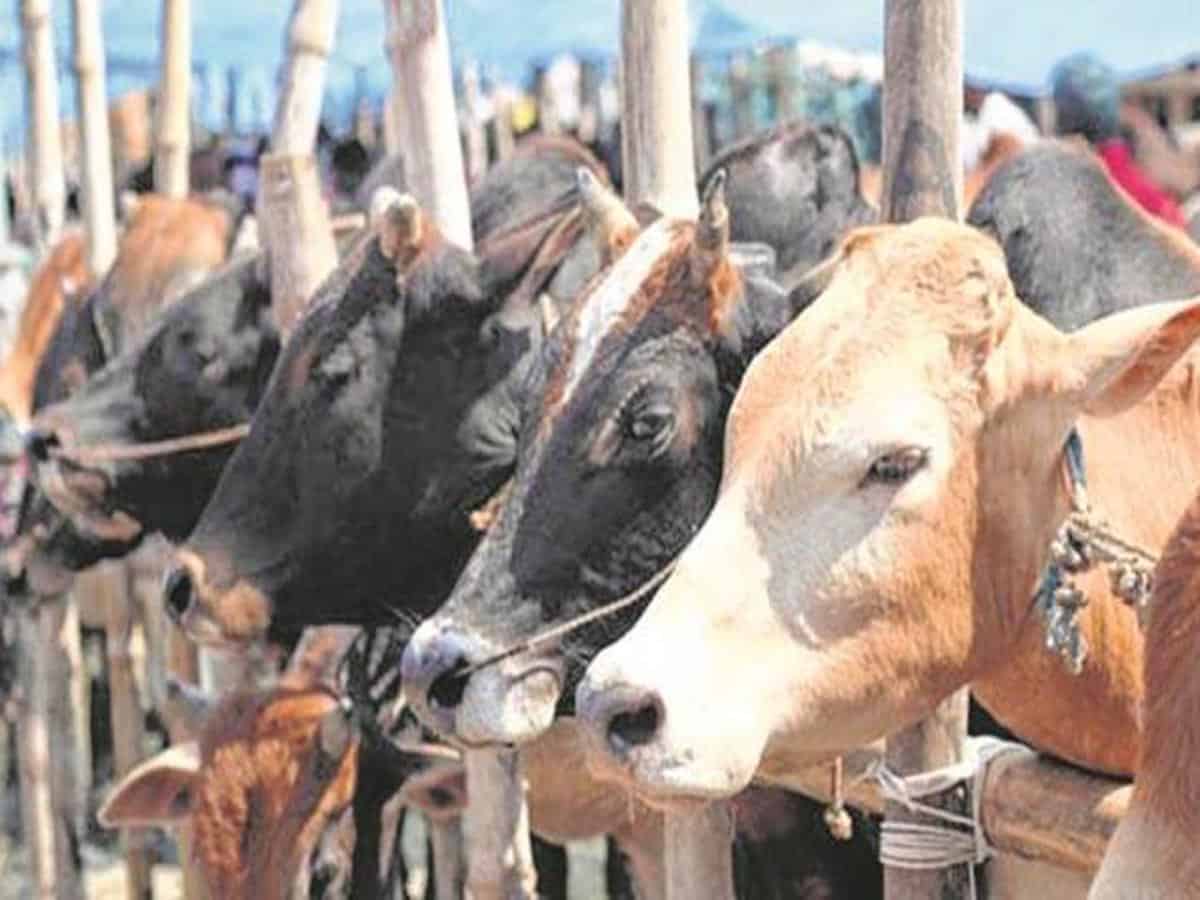 Hyderabad: Mild tension prevailed at Kulsumpura on Thursday evening after a group of gau rakshaks prevented cattle traders from taking their animals from a cattle shelter despite the latter having court order.

Earlier, the Medchal police booked a case against cattle traders for allegedly transporting animals in a cruel manner in a DCM. The Medchal police then shifted the animals for custody at a Gaushala at Jiyaguda under the Kulsumpura police station.

The cattle owners later approached the court and got orders for release of animals – all bulls – and asked the gaushala management to release it. However, a group of gau rakshaks came to the place and argued with the people. On coming to know about it, senior police officials rushed to the spot and huge police was mobilized.

As both the groups could not arrive at any consequence the police pacified and dispersed them from the place. Police pickets are deployed at the place to prevent any trouble.