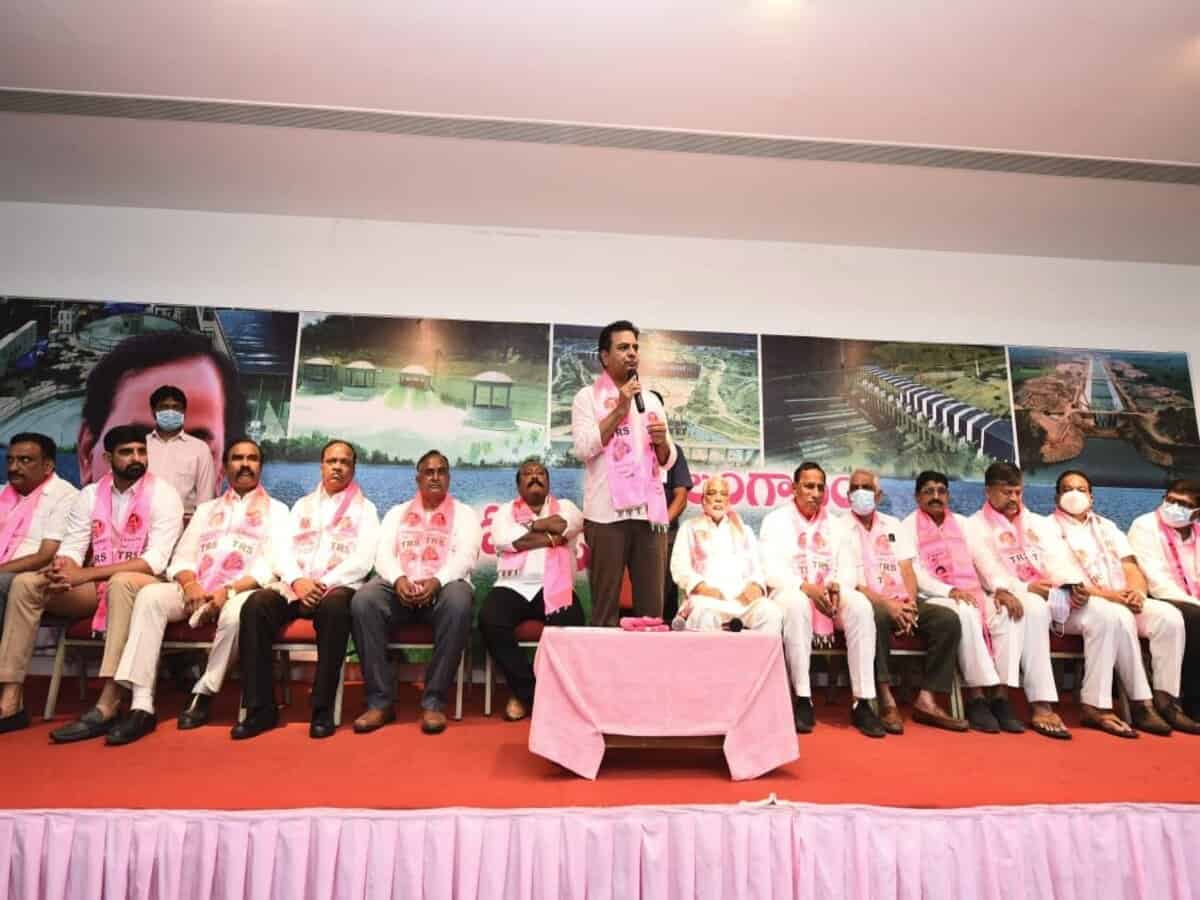 Hyderabad: Telangana’s minister for municipal administration and urban development K. T. Rama Rao on Monday said that the union ministry for environment and forest has given clearance for 28 MW waste to energy plant in Hyderabad.

Once commissioned, he said, the plant would take the total capacity of waste to energy plants in the city to 48 MW, the highest in south India.

He pointed out that south India biggest waste to energy plant of 20 MW was inaugurated in the city a year ago.

The minister was speaking while flagging off 1,350 Swachh Auto Tippers (SATs) at Sanathnagar. The new SAT vehicles will cover the newly formed areas. Each tipper can carry 1.5 metric tonnes of waste. A total of 4,500 SAT vehicles were provided by the Greater Hyderabad Municipal Corporation under the Driver-cum-owner Scheme.

The SATs are provided with a partition for carrying wet and dry waste separately and a provision is given for hazardous waste collection. Each auto will cover 450-500 households.

KTR, as the minister is popularly known, hoped these vehicles would help GHMC further improve efficiency in garbage collection and segregation.

He pointed out that the addition of these SATs will take the total number of vehicles in GHMC to 5,250.

He recalled that before 2,500 autos were flagged off under Swachh Telangana programme, the daily garbage generation in the city was 3,500 tonnes. With improvement in efficiency indoor to door garbage collection, provision of transfer stations and dumping yards, the garbage generation has now gone up to 6,500 tonnes.

KTR said the government was also focusing on recycling the garbage by developing waste to energy projects.

The minister said for the last 5-6 years, Hyderabad has been receiving the best ranking among big cities with a population of over 40 lakh under the government of India’s Swachh Bharat and Swachh Sarvekshan programmes.

He was all praise for sanitation workers including drivers and other staff of the vehicles who work hard from 3-4 a.m. to collect garbage.