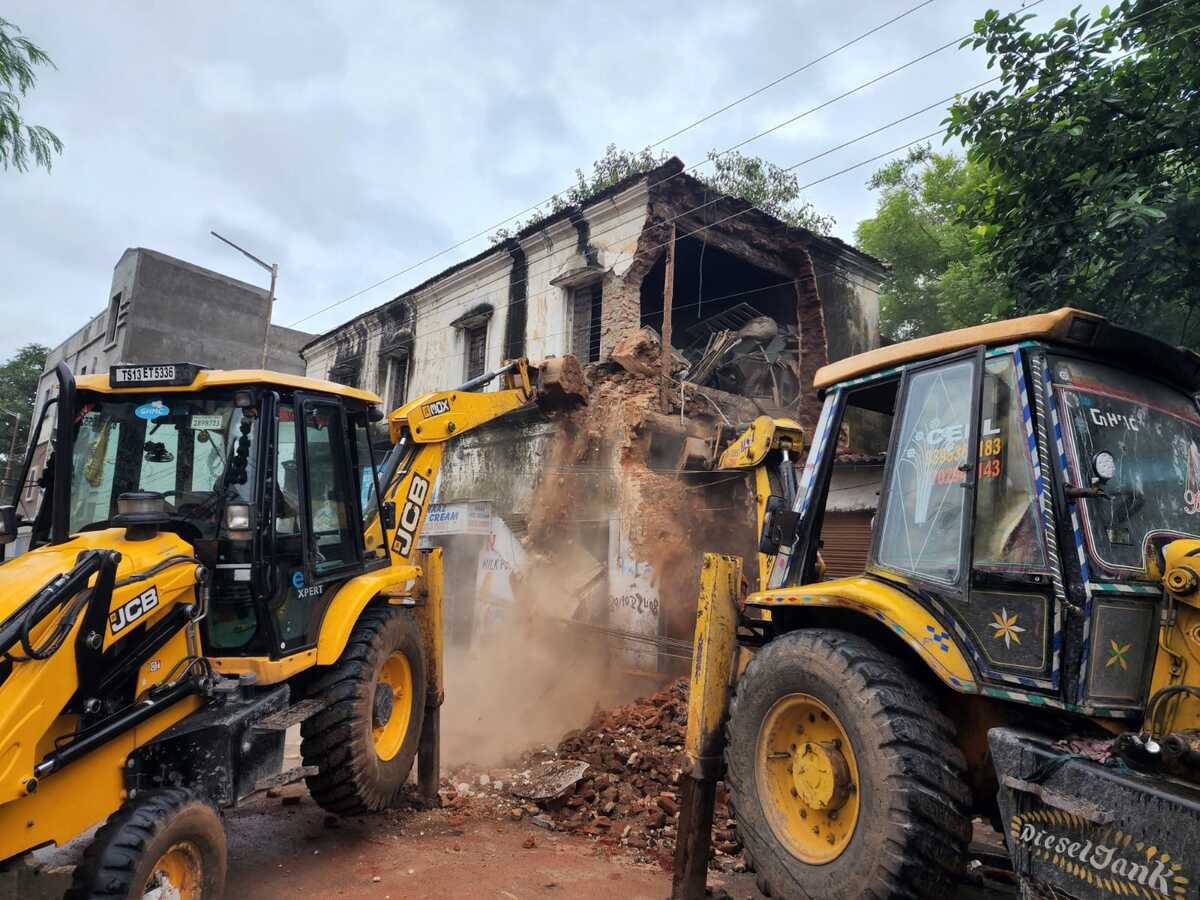 Hyderabad: The Greater Hyderabad Municipal Corporation (GHMC) on Tuesday informed that out of the 620 structures identified, 231 dilapidated structures in the city have been demolished in 2021 alone and 294 structures have been either repaired/vacated/seized.

GHMC commissioner DS Lokesh Kumar in a press note said that the municipal body is taking all coercive steps while dealing with dilapidated structures well in advance of the monsoon season every year.

“In case of any resistance to the demolition of the structure by the persons, immediate measure for counselling is being done to the inmates to either vacate immediately or seize the structure restricting further movement in and around the dilapidated structure,” he further said.

Hyderabad: Lying in neglect, old ‘Burj’ at Shalibanda may collapse

The Minister for Municipal Administration and Urban Development (MA&UD) held a review meeting on 05.04.2022 and issued instructions to take advance action on dilapidated structures while also suggesting stencilling caution notices on all the structures about the unsafe nature and restricting movement around the same. Accordingly, as per the instructions, stencilling is being done on the unsafe structures, he said.

The following is the Zone Wise Action on dilapidated structures in the GHMC area:

Further, steps have also been taken for cautioning and vacating the people leaving beneath undulated / sloppy terrains or along the old and dilapidated compound walls, the commissioner said.

GHMC has also requested citizens living in the dilapidated structures to be safe and cooperate with GHMC in taking suitable action in order to safeguard their lives.

Review meetings are being held continuously to monitor the day-to-day activity.

GHMC will continue to take action on the dilapidated structures such as identification and initiating further action during the entire monsoon season, the Commissioner said.